Agriculture and the environment

The interaction between agriculture and environment is particularly complex when coping with the maintenance of genetic biodiversity. The collection, defense and sustainable use of phytogenetic resources are essential factors to face climate changes and food insecurity. Agricultural biodiversity encourages crop and, consequently, diet diversification 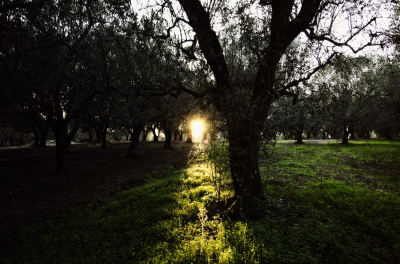 There is a strong connection between agriculture and environment. A relationship in which agriculture interacts in a positive way: it safeguards the hydrogeological balance of the environment, creates and protects the landscapes, collects carbon dioxide in the trees and grazing land. However, it brings also some negative effects: soil erosion, greenhouse gas emissions, waste of irrigation water, impoverishment of organic matter in soil through a massive use of mineral fertilizers and phytodrugs. The Green Revolution – the extraordinary agricultural evolution occurring in the second half of the XX century, especially in the Developing Countries – consisted in an intensive farming staple crops (corn, rice, wheat, etc.) thanks to the use of new brought on by the arrival of genetically modified crops.

Besides considerably reducing famine and malnutrition worldwide, it also slowed the growth of the agricultural area. As a result, it contributed to protect forests and biodiversity. On the contrary, in Latin America, Western Africa and South‐Eastern Asia, which lands did not benefit from the Green Revolution, agricultural areas increased at the expense of forests, woods and grazing lands. Often, it brought the delicate initial balance of those ecosystems even to desertification.

Agricultural ecosystems are resilient, that is to say they can recover their initial balance when modified by various disturbances. Special agricultural techniques have been used In order to improve this capacity.
However, those techniques will not preserve agricultural ecosystems from their changeable balances. Therefore, farmers will have to keep up with those changes, in order not to be overcome by their effects. The final goal is not to protect ecosystems from failure, but to enable them to respond to failures. The interaction between agriculture and environment is particularly complex when coping with the maintenance of genetic biodiversity. The collection, defense and sustainable use of phytogenetic resources are essential factors to face climate changes and food insecurity. Agricultural biodiversity encourages crop and, consequently, diet diversification. Just to give an example, the percentage of proteins in rice can vary from 10 to 14%, depending on the crop variety. On the other hand, the loss of biodiversity leads to the extinction or the marginalization of animal and plant species and alters the functions of ecosystems.

Moreover, it has a considerable economic impact, which corresponds to a loss of biodiversity equal to 50 billion euros per year, that is to say 545 billion euros between 2000 and 2010, approximately 1% of the global GDP.

FAO states that only 30 out of 7 million of cultivated species provide 90% of the food energetic requirement of the global population, half of which is supplied by wheat, rice and corn alone. Furthermore, only 30 out of 15 million of birds and mammals are used to produce food, while only 14 provide 90% of the world production of food from livestock animals. Lately, an erosion of genetic diversification has been occurring among plants and animals that are used to produce food. This worrying situation, due to intensive monoculture farming and an excessive use of chemical inputs, could affect the selection of such plant features like resistance to cold, high temperatures, diseases or pests, and lead to a simplification of the ecosystems, which would put production at risk in the long term.

Another factor that interferes with the relationship between agriculture and environment is the erosion of water resources. In the last 20 years, the consumption of water has grown nearly ten times, that is to say twice as fast as the population. According to recent surveys, in 2035 one out of three people will be affected by water scarcity. Water is not distributed on Earth according to the different environmental exigencies. 15% of the global freshwater is concentrated in the Amazon Forest, where only 1% of the world population lives.

On the other hand in China, where 20% of the world population lives, only 7% of freshwater is available. 70% of freshwater usage is due to agriculture. It is estimated that freshwater demand will increase of 30‐50% by 2050.

The main part of water resources corresponds to seawater, which covers 71% of the planet surface. Today, sea life is increasingly depleting because of fishing, partly illegal, and pollution. Moreover, water is sought after for different aims. In particular, the increase of an urban and an industrial uses of water have made the resource availability even more challenging. For instance, the development of metropolitan areas in emerging countries is depriving the farmland of irrigation water. Finally, the inaccurate use of irrigation water in drylands generates marshlands, soil salinization, increasing water‐related diseases and reduction of biodiversity. All together, these effects lead to a reduction of food supply.

The most global topic of interaction between agriculture and environment is climate change. Its impact on agriculture is actually difficult to estimate and still variable, being insignificant in some areas but devastating elsewhere. Its measurement is very difficult, depending on complex and long‐term operations. Even though it is generally agreed that the topic of climate change is significant, the evaluation of its spatial and temporal impact remains heterogeneous. One of the most frightening effects is desertification, which has already affected 100 countries where about 2 billion people live in arid and semi‐arid lands in the South part of the world.

Agriculture is not only subject to the effects of climate change. In fact, it is partially guilty. According to the Intergovernmental Panel on Climate Change (IPCC), agriculture contributes to the emissions of greenhouse gas (over 13.5%) more than other sectors like transports (13%). 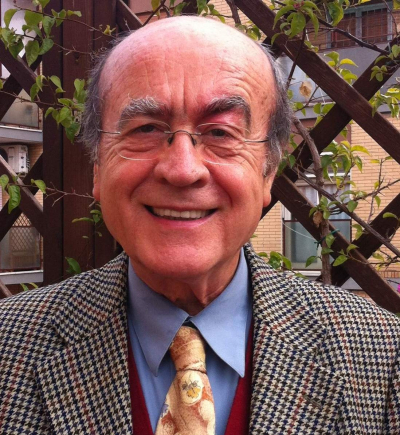