Interview with Pasquale Forte: “Nothing is the same any more. Consumers have changed, but so have their philosophy and approach to life. Today they want to live through their emotions: smelling, tasting, trying. Advertising is a serious job. In order to be influential, it is vital to develop new messages" 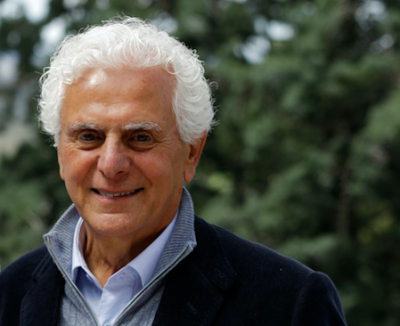 Entrepreneur, farmer, engineer, oenologist and even inventor, Pasquale Forte was born in Calabria in 1948, but at the age of ten moved to Brianza, in northern Italy. In 1972, he founded Eldor in a garage in Orsenigo, which went on to become a leading multinational in the automotive sector and a partner of leading car manufacturers. He has always been drawn to the land, and its most prestigious products – wine and olive oil – which led him to found the Podere Forte estate in Castiglione d’Orcia. On 30 October 2013, he was awarded an honorary degree in electronic engineering by Milan Polytechnic.

A premise. Let’s begin from an assumption, one which is irrefutable. The various styles, expressions, messages and images still used today to promote extra-virgin olive oil give the consumer a very outdated vision of the product, even a nostalgic one in some cases. There are too many references to tradition and, at the same time, too few intuitive ideas that effectively set out a discontinuous vision of the future, while keeping one foot firmly in the present.

What makes it so difficult to rejuvenate the image of olive oil, to make it a product capable of adapting to rapid change?

Agriculture certainly remains tied to the past, but the world is evolving and the message that must be conveyed has to be new. Today the Millennial generation is much savvier, and consequently it is necessary to re-examine everything in order to make our communications more effective. Starting by working on storytelling, for example: continuously and uninterruptedly recounting the company’s history, day after day, also by showing and describing farming practices and linking them to the area where the oil is produced and the consumer. Nothing is the same any more. Consumers have changed, but so have their philosophy and approach to life. Today they want to live through their emotions: smelling, tasting, trying and experiencing.

Why do olive oil companies not innovate in their advertising messages? Why are they so reluctant to use a completely different communication style? Why doesn’t anyone bring about a disruptive sea change like Andy Warhol once did, or like the Futurist movement did in Italy before him, one that could destabilize and revolutionize the concept of extra virgin olive oil?

Olive oil companies don’t innovate because their market is well established. They bottle oil and sell it and, to some extent, optimize their business. Consequently, they don’t spend much on advertising as they already have their market. The big companies don’t have much to tell because they buy the oil, and so their story is really only the history of their brand. The small companies don’t have the power to advertise their oils and consequently should form consortiums and commission an agency to promote their brand and product. It is unlikely that a single company has the economic means to produce innovative advertising. That’s why I’m working with the Faculty of Marketing and Communication at the University of Siena on packaging and what type of story to tell. It is important to make the consumer understand olive oil and what we are. The path to take consists of tastings and publishing the sensory experiences on the corporate website, always ensuring that olive oil finds new communication channels and openings. However, oil is limited by financial constraints. Wine, on the other hand, is another story, as it is a rich sector. A hectare of vineyard yields far more than a hectare of olive grove. This means that the world of olive oil does not have a lot of resources. However, the great advantage of oil lies in its health benefits. This is a complex matter that needs to be well structured and communicated, possibly via the internet.

There is a general lack of resolve to unite in order to acquire new knowledge and to examine the possibility of experimenting with advertising defined on several levels. First of all, a new paradigm needs to be identified to act as a starting point. The media are very important and must not be neglected. We have to make a break, developing a sensational slogan, so that people will say, “great, someone’s thought of something new!” That’s what needs to be done, but many of us aren’t ready for it. Improvisation is not possible. Advertising is a serious job. In order for it to be influential, it is vital to develop new messages. It’s a mistake to keep insisting with the same old messages.