A postmark for Pantaleo oil

The most attentive collectors managed to get the special edition of a stamp cancellation celebrating the “Selezione Oro” bottle of the well-known oil producing company from Fasano, Apulia, including a postcard illustrated by artist Doriano Strologo 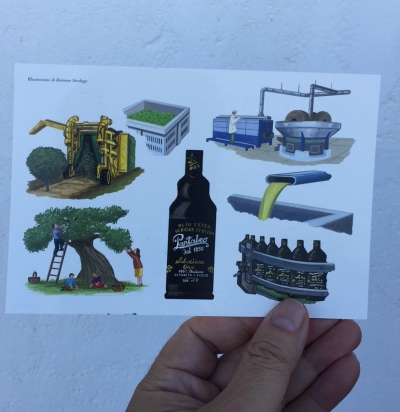 All collectors managed to get their postcard illustrated by artist Doriano Strologo and the cancellation was made using a stamp dedicated to the culture of olive oil, available at the philatelic office of the region of Apulia for 60 days, pending filing to Rome Museo della Comunicazione.

Poste Italiane decided to honour such important commitment made by Nicola Pantaleo Spa of Fasano, Apulia, willing to close the entire oil production chain starting from nearly 150 hectares of land acquired and farmed, along with existing property, joining secular and super-intensive olive groves, besides investing in a cutting-edge continuous mill that can process eight tons of olives per hour, along with new systems, including equipment and machinery, part of a development plan involving total investments amounting to over seven million Euros. 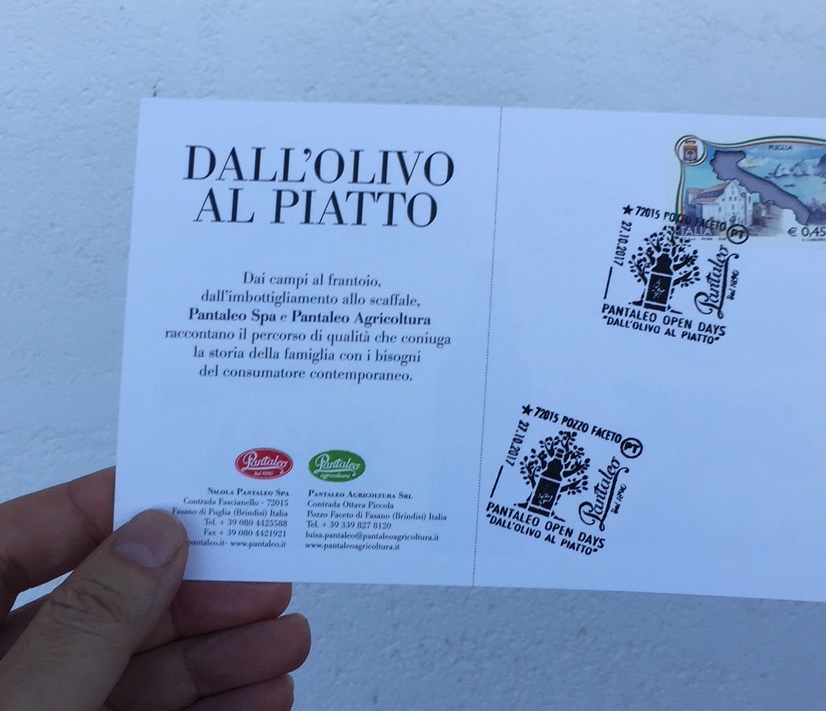 A special postcard has been created to salute such grand operation, illustrating each production stage. Both the postcard illustration and the stamp cancellation image are by Doriano Strologo.

The squared-format sketch portrays the outline of a bottle, which has the stylized and customized shape of the “Selezione Oro” extra virgin olive oil bottle, behind which the origin of everything appears, that is a secular olive tree existing in Pantaleo’s property in Fasano.

Such joint initiative involving Poste Italiane, Pantaleo Spa and Pantaleo Agricoltura is part of stamp collecting and proves that great corporate events are an important and useful opportunity to reiterate the concept that culture always has priceless value, regardless of its field. 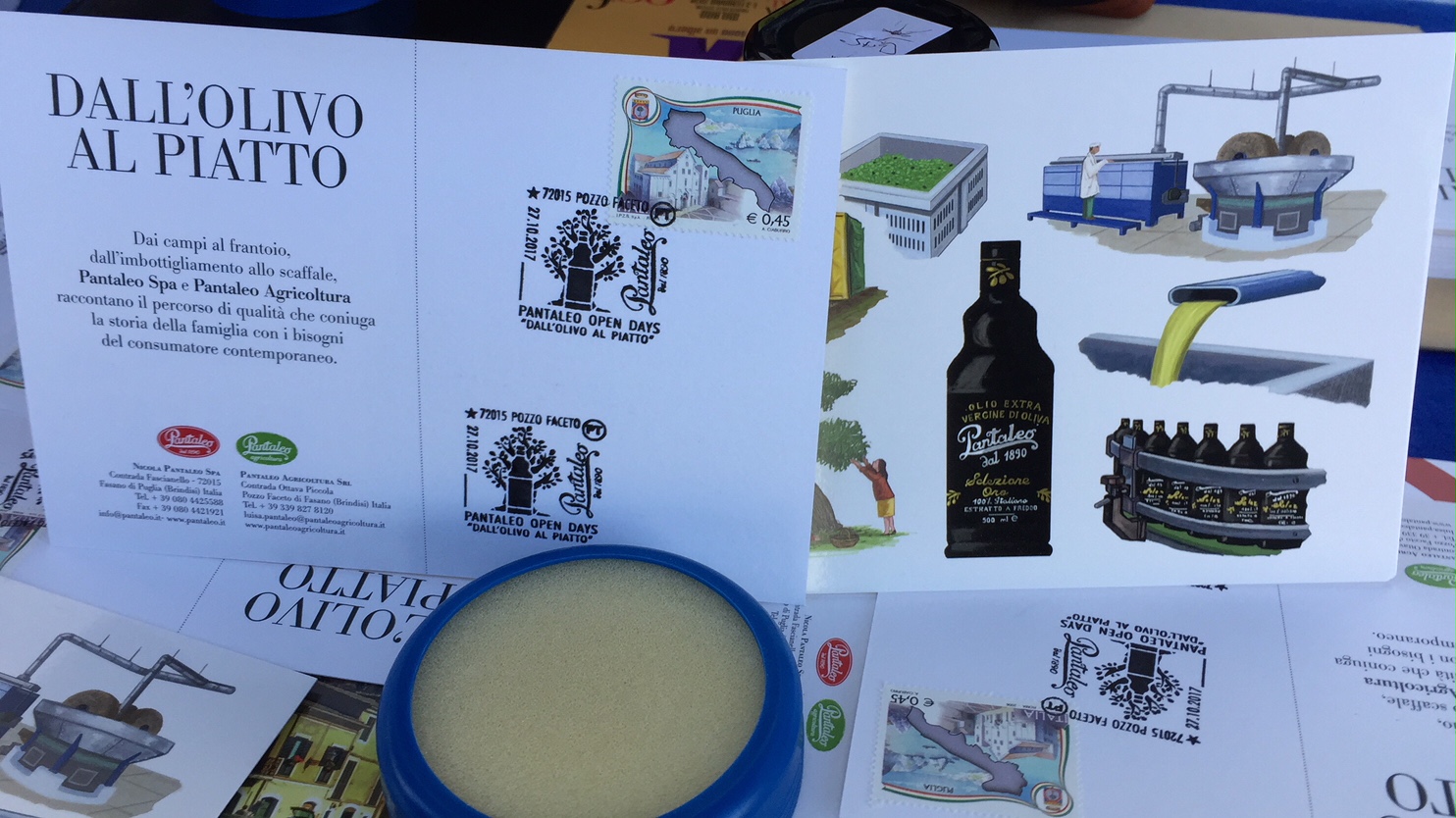 A note reads that Nicola Pantaleo Spa has forecasted a turnover of approximately 62 million Euros for 2017, in line with 2016 performance. The company operates on the national market, but especially on both the EU and non-EU markets. Exports amount to over 75% of its turnover and are destined to a dozen countries, including Japan, India, United States, Oman, Qatar and EU. 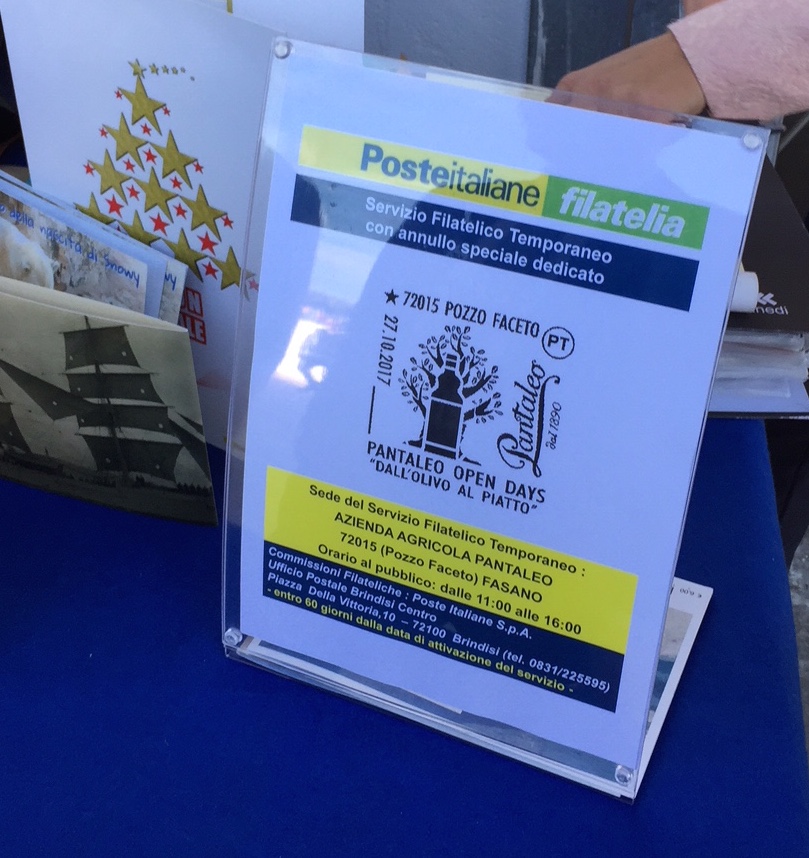