Here is the Morocco oil

It is a very flourishing sector of the economy, with 380,000 permanent jobs, involving almost 480,000 farms, with a national olive-growing area increased by 63%, at the rate of almost 27,000 hectares per year (in the period 2008-2018). At present, 26% of the olive groves are young and 72% are in full production. The old plantations are only 22% of the total. A focus of in-depth analysis useful to get a general and detailed idea of how and how much the Maghreb country is investing in olive growing and heliotrophication 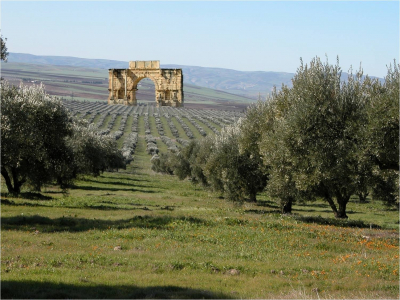 The olive tree, with its products of secular use, its numerous properties in defense of soil erosion, as well as its ability to enhance agricultural land and encourage the settlement of populations in mountain areas, is the main fruit production chain cultivated in Morocco and makes up 65% of the national tree area.

Socio-economic importance of the olive tree

Olive growing actively contributes to the allocation of populations in rural areas and guarantees more than 51 million working days a year, equivalent to 380 thousand permanent jobs, 20% of which are occupied by women.

This supply chain, which involves almost 480,000 farms, is one of the main sources of income for a large percentage of poor farmers and, thanks to its products with high energy and nutritional value, plays a key role in the nutrition of rural populations.

The olive sector also helps to meet the country’s needs in terms of edible oils (it covers 19% of needs) and contributes to the balance of trade balance with revenues of 1.8 billion Dinars/year (average 2013-2017), equivalent to 156 million euro/year. These exports account for 7% of total agricultural exports.

Olive groves and their spread. Changes in surface area

The olive oil plants are spread throughout the country. The distribution of this heritage in agricultural areas shows how, except on the Atlantic coast where olive growing is scarce, this species can adapt to all bioclimatic conditions, from mountain areas (1,200 mm) to arid and desert regions (less than 200 mm).

Management of the olive grove

The area under localised irrigation has grown strongly, from 39,000 hectares in 2009 (year of conclusion of the programme contract for the development of the olive sector) to the current 176,000 hectares thanks to state subsidies ranging from 100% of the cost of investments for projects carried out by groups or small farmers to 80% of the cost of investments for individual projects.

The olive groves include around 125 million olive trees. The national olive-growing population can be divided into three categories according to age:

In general, the age pyramid of Moroccan olive groves is balanced and has a great production potential, 26% of which is represented by young trees and 72% by trees in full production. The old plants make up only 22% of the total.

Olive production in Morocco is characterised by considerable inter-annual fluctuations, mainly due to three factors: maintenance techniques that are not always appropriate; climatic conditions, in particular rainfall; and alternation, a physiological phenomenon characteristic of the olive tree. Olive production increased by 158%, from 549,000 t in 2003-2007 to 1,414,000 t in 2015-2018. This increase is due to the extension of the area. Yields remained almost unchanged. Olive production in the 2018/2019 marketing year is estimated at around 2 million tonnes, which is an increase of 28% compared to the previous season (2017/2018).

The increase in production is due to favourable climatic conditions during the most critical phases for the development of the olive tree in the 2017/2018 season, in particular as regards temperatures, the volume of rainfall and their distribution in terms of time and space, as well as the entry into production of new plants.

More than 90% of the olive-growing population belongs to the Picholine marocaine variety. The remaining 10% is made up of different varieties, in particular Picholine du Languedoc, Dahbia and Mesllala, which are essentially irrigated crops (Haouz , Tadla, El Kelaâ), as well as some Spanish and Italian varieties (Picual, Frantoio, Manzanilla, Gordal Sevillana, Arbequina, etc.).

The Picholine marocaine is a variety with double aptitude. It has a high vigour and has a strong potential for adaptation (it takes root well on the ground in sloping terrain and resists drought). Its oil yield is between 18% and 22%. It produces an oil of excellent quality (rich in polyphenols, poorly acidic and very stable – characteristics typical of Moroccan oil).

In the framework of the Green Morocco Plan, the state has promoted the diversification of the varietal profile through the use of varieties Haouzia and Menara, which derive from the clonal selection of the Picholine marocaine. These two clones have the same properties as Picholine marocaine, but guarantee better performance and greater homogeneity. In the super intensive olive groves are used foreign varieties not very vigorous.

It should be noted that the official catalogue includes five new varieties developed by the National Institute of Agronomic Research (INRA). These are the varieties Baraka, Mechkate, Agdal, Tassaoute and Dalia: the latter two are currently multiplied in nurseries with a view to their future dissemination among farmers.

Overall, 65% of the national olive production is used for milling and 25% for canning, while the remaining 10% is used for losses and own consumption.

The pressing of the olives is carried out by modern and semi-modern plants, for a total of 948 plants with a total capacity of 1,803,000 t/year, and by traditional plants, the so-called maâsra, of which there are about 11,000.

The maâsras operate irregularly because they depend largely on the volume of the olive harvest.

The sector is more or less dynamic depending on the region and is closely linked to the presence of industrial infrastructure for olive processing, i.e. oil mills.

It should also be noted at this point that the maâsra are mainly involved in the extraction of oil for the livelihood of the olive grower (owner, tenant or buyer of the service). Only a very limited number of maâsra buy the olives to soften them and sell the oil produced on the retail market or at industrial milling plants.

The text of this focus has been realized with the precious collaboration of the Ministry of Agriculture, Sea Fishing, Rural Development and Forest Water of Morocco.

The opening photo is by Noureddine Ouzzani