Morocco was the “Country of honour” at the fourth Olio Officina Food Festival. It has adopted some very effective policies, and is now launching excellent olive oils on the international market 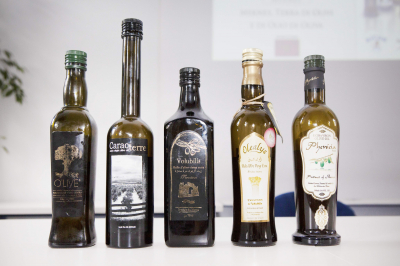 If you go to Morocco, you immediately realize that this is a country in great ferment. There is a dynamism rarely found elsewhere these days. With respect to olive oil, if you say Morocco, you say Meknès, for this has always be been the country’s key district for olive oil production, and a symbol of the great changes and innovation made in this sector. During the three days of the festival we had the opportunity of discovering the quality and uniqueness of Moroccan olive oil. We ventured into an unknown territory, which was full of pleasant surprises, because the country is currently engaged in re-launching and promoting olive tree cultivation and the art of oil production.

The oil-tasting sessions at the festival left the public amazed, and everybody marvelled at the quality and finesse of the country’s extra virgins. Morocco’s perspectives are extremely rosy, even from a commercial point of view. This is an ancient land, the history of which started to unfold over two thousand years ago from a remote Roman settlement, Volubilis, now listed as a Unesco world heritage site.

Guest of honour at the recent Food Festival was Mr. Noureddine Ouazzani, the managing director of Morocco’s most prestigious Centre for the development and promotion of the olive oil sector, i.e. the Agro-pôle Olivier in Meknès. Attending the soiree in honour of Morocco, on Thursday, January 22, were also Mr. Hassan Abouyoub, the Ambassador for Morocco in Rome; Mr. Said Chbaattou, President of Région de Meknès-Tafilalet; Mr. Mardoché Devico, President of LCM Aicha and Consortium Sais Olive-Med. That evening Mr. Ouazzani received the prestigious Olio Officina – Oil Culture award, with the following motivation: “He is the point of reference for Morocco’s entire olive oil sector.
The architect of the revamping of olive cultivation, by means of the Agro-pôle Olivier centre in Meknès, of which he is managing director, Noureddine Ouazzani promoted remarkable steps forward in this field. His strongpoint is his vocation to innovate, and for this reason the school of agriculture of which he is promoter has also become a meeting point endorsing cultural exchange”.

In an interview granted to Luigi Caricato, the managing director of the Agro-pôle Olivier claims that “olive tree cultivation in Morocco is split between tradition and innovation. I can only say – admits Mr. Ouazzani – that 95% of olive farming is still carried out in a traditional way. In recent times, thanks to new investments, we have witnessed the passage from a semi-intensive to an intensive form of agriculture, more convenient in those regions with a greater availability of water. Morocco – he adds – produces relatively small amounts of olive oil (from 80 to 100 thousand tons), but there are interesting opportunities both on the local market and at an international level, especially within the framework of the free trade agreement signed with the US. Over 80% of the annual planting programmes is carried out in a traditional manner (from 100 to 200 trees per hectare).