The US has always tried to excel in every field. California now seems to want to replicate the success it had with wine. If this is the case, no doubt it will succeed. They are executing a well-laid strategy, and leaving nothing to chance. After breaking with the International Oil Council, the US intends to fight Europe’s hegemony. In this respect, Italian companies are particularly vulnerable, since they often find themselves under the eye of the anti-fraud units. In perspective, we, who have unwittingly been the most helpful in paving California’s road to success, will be the ones who will presumably lose the most. 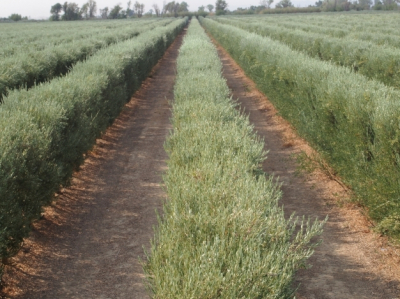 On January 25, the Bloomerg Businessweek published an article (HERE) titled: Is American olive oil about to have its moment?

If we were only to consider the current production levels in the US, roughly equal to 10 thousand tonnes olive oil, versus, for instance the 1.5 million produced in Spain or the 300 thousand tonnes in Italy, we would have no hesitation in asserting that the time has not yet come.
The question however is not that simple.

The US has always tried to excel in every field. California in particular now seems to want to replicate the success it had with wine when, in faraway 1976, a California vintage was judged superior to all its European counterparts. Bloomberg Businessweek believes that the same thing could happen with olive oil.

Currently the US is the world’s fourth largest wine producer, after France, Italy and Spain. If the States really want to muscle into the olive oil industry, no doubt they will succeed, because their strategies are well laid, and nothing is left to chance.

Olive Oil Times, the leading US magazine focusing on the olive oil market, openly speaks of plans to establish a new umbrella organization that would challenge the rival International Oil Council. All the countries that have just started producing olive oil are said to be willing to adhere, including Chile, Argentina, Uruguay, South Africa, as well as obviously its founding members, namely the United States, Australia and New Zealand.

According to the magazine, after Australia and the US broke with the International Oil Council, for failing to introduce new parameters, they decided that the time had come to establish a new international organization that would counterbalance the fifty-odd years of hegemony of the Madrid-based IOC.

In other words, this is a revolution against the decadent “pseudo-aristocracy” of the Council.
The strategies targeted at defining new standards, increasing the sales prices of olive oil and securing the US a place in the pantheon of the producer countries by conquering and expanding the American market, have already been defined, but much remains to be done.

The reasons for this “mission” can be summarised as follows:

a) After Europe, the US is the main market for the olive oil produced in the Old Continent, and Italy in particular;

b) Production levels in Italy are plummeting, due to the lack of investments in this sector;

c) Italy is the largest producer of the blended oils sold in the US;

d) Olive oil consumption rates are much lower than those registered in Greece, Italy and Spain – 0.8 litres per person vs. the 13-14 kg in Southern European countries;

e) The US possesses vast expanses of land that could be destined to olive tree cultivation;

f) In Italy there is a widespread sense of dissatisfaction among olive oil producers, which has triggered a war against the leading companies on our market. There is much discord, and moreover, Italian companies are more vulnerable, since they often find themselves under the eye of anti-fraud units.

Given these reasons, the easiest route to gain positions on the market seemed to be that of discrediting the reputation of imported goods, especially those from our country, not taking into account the various “Italian-sounding” ones made in the USA, and this strategy has been systematically implemented throughout the last eight years. It all started in 2008, when the University of California in Davis established a research centre on olive oil, which was sponsored by the major producers in California. A great contribution to this campaign was given single-handedly by Tom Mueller. This journalist has been actively defaming Italian oils since August 2007 with a series of articles that appeared on The New Yorker (HERE); a few years later he published a book, Extravirginity, that can be described as an exposé on the dark side of the olive trade. In this book however the smaller Italian producers, who had accepted to testify to promote what they thought was a good cause, were actually exploited, and their words were used to prove how the entire sector was tainted and corrupted.

In 2010 the UCD research centre released a report claiming that 69% of the olive oils sold in Californian supermarkets did not meet the international standards, and other publications along the same lines soon followed; that year the US also finally updated the qualitative standards issued by the FDA in 1948, which had not been very stringent and had therefore left a large number of loopholes to fraud. Two years later Tom Mueller published his book. Before then, he had managed to earn the sympathy of many Italian associations and even some politicians – who found themselves in an awkward position after the journalist had voiced his opinions on Italian olive oil to CBS. He had already issued similar declarations in a tweet (which was then cancelled after the Nyt published a series of cartoons in 2014, and because at the time his book was being officially presented in Italy, in no other place than a Parliament hall!)

In 2013 the U.S. International Trade Commission issued a report on the conditions of competition between the US and major foreign supplier industries: HERE
That same year, the United States made it illegal to import extra virgin olive oils containing traces of chlorpyrifos-ethyl, a pesticide used in Europe against the olive fruit fly but not in the United States, where however its presence is tolerated in other agricultural products.

In 2014, the New York Times published a series of cartoons penned by Nicholas Blechman denigrating Italy, which were much applauded by Tom Mueller.

In 2016, in an episode of “60 minutes”, the popular news magazine programme broadcast by CBS, Tom Mueller claimed that many Italian products, from cheese to tomatoes to extra virgin olive oil, have Mafia blood on them: “From harvesting…they impose their own workers, they impose prices…to the transportation and there’s involvement in– Mafia involvement in supermarkets as well. So certain areas, they have really infiltrated the entire food chain from the farm to the fork.”
Even labelling has been the target of campaigns: there have been class action lawsuits, which, de facto, have made it illegal in the US to add the claim “Imported from Italy” on the front label when the smaller label on the back of the bottle states that their olives processed in Italy come from other countries (HERE).

The online magazine Olive Oil Times is at the forefront, constantly breaking news on the Italian oil industry, taking every opportunity to amplify its negative aspects and champion instead the US and California olive oil sector, so as to help it gain the limelight.

Forbes too has recently published an article by Cecilia Rodriguez: It’s reliably reported that 80% of the Italian olive oil on the market is fraudulent, Why Do You Keep Buying It.
Hence the infamous 69% of adulterated or fake oils has skyrocketed to a stunning 80%, and some producers still believe that they can exploit this situation to their advantage, claiming that they are one of the few belonging to the remaining 20%. Some may succeed, but the vast majority is doomed to fail.

In the field of fashion, for instance, the crisis was mostly felt by the so-called fasonistas, to whom leading enterprises would outsource work for reasons of competitiveness and convenience.
In perspective, the outlook is gloomy: Italian oils are destined to become niche products, and both large and small producers will lose their leading position on the US market, to the benefit of other countries, first and foremost the States. The entire sector, already in a critical condition, is destined to suffer a severe blow. 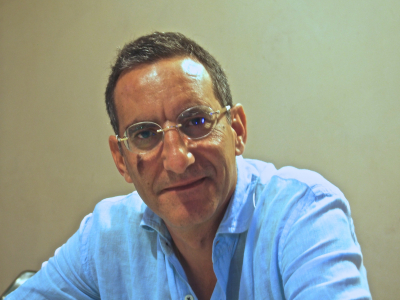