The 2016 olive season in Italy

We do not expect it to be a memorable harvest. Quite the opposite, and many farmers are rather concerned. The olive fruit fly has wreaked havoc all over Italy, from north to south. Yet, compared to the disastrous 2014 season, there is a greater degree of optimism, because at least nobody was caught unprepared 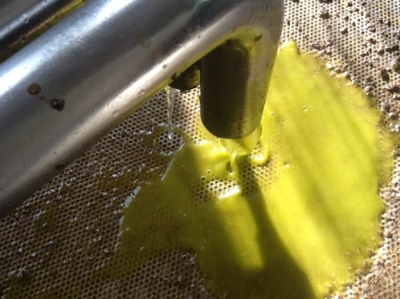 There is oil. There will be enough olives to produce the celebrated Italian oil, but there is no denying that this is a difficult season. The farmers did all they could, but although the quality of the harvest is excellent, the production levels are not ideal. These things happen.

Italy however has the advantage of having a great array of microclimates, and because olive plantations span the entire length of our peninsula, a season, however bad, can never be entirely negative, for there will always be some production areas spared.

The yields however have decreased almost everywhere: there forecast is for a 45% reduction, but many fear an even worse scenario. According to a recent report, Italy should produce roughly 250 thousand tons of oil, but once again, this might be an overly positive estimate. We shall see. As usual, nothing is sure until the olives have been harvested.

The picture is particularly grim in those regions where olive production is greatest, i.e. Apulia, Calabria and Sicily. A 40% decrease is expected in Apulia, and the situation is even more dramatic in the latter two regions, with a forecasted 65% contraction in the harvest. Although in some regions in Italy yields should rise, the increased production will not counterbalance the overall loss expected at a national level, because these production areas are quite small. A plus sign should only be present in Tuscany (+2%), Umbria (+12%) and Veneto (+1%).

It hasn’t been an easy season, mainly because of the many pathogen attacks: the worst were by the olive fruit fly, but anthracnose damage caused by Gloeosporium olivarum was also widespread, and in the plantations where olive moth was not adequately controlled, an unexpected fruit drop occurred during the months of August and September.

In Sicily, harvesting started in September: in Noto, a town in the environs of Syracuse, the first olives were picked on September 11th, although, obviously yields were low, around 12%. Now the season has started more or less everywhere, because in order to obtain oils with a more distinct flavour and greater fruitiness, olives that were traditionally processed around November are now conveyed to the mill and crushed in October. The season should end in December, hopefully with a better outcome than these gloomy estimates.