The evolution of olive growing in Egypt

In 2016/17, Egypt had a total cultivation area of 100,000 ha, almost 1% of the world’s total. According to the latest IOC data, the Egyptian olive sector is heavily oriented towards table olives, which represent 95% of its total production. Egypt is the second biggest consumer of table olives per capita among IOC member countries, and the fourth when counting non-member countries 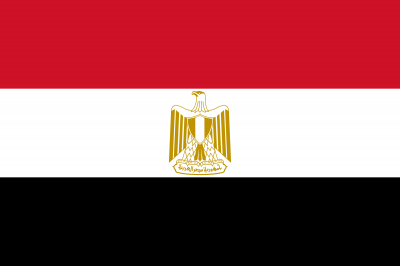 Although the existence of the olive tree dates back to the twelfth millennium BC, the origin of its cultivation can be traced to Asia Minor some 6,000 years ago.

The earliest evidence of the olive tree in Egypt can be found in a relief from Dynasty XVIII (1570-1345 BC). Documents reveal that Pharoah Ramses III (1197-1165 BC) promoted cultivating olive trees and offered the oil extracted from olives in Helipolis to the Sun God Ra. Many lamps discovered in the tombs of pharaohs show that olive oil was widely used in Egyptian temples. The existence of olive groves in Thebaid, Alexandria and above all in the Fayoum oasis is recorded in documents from the Graeco-Roman period when olive cultivation expanded rapidly. 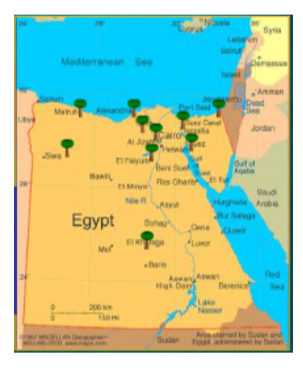 In 2009, a total area of 65,303 ha was planted with olive trees, 56,330ha of which bore crops. Between 2005 and 2011 the area under cultivation fell, albeit with fluctuations in the intervening years. One of the main causes was the uprooting of trees in 2009 and 2010 due to the impact of global warming and climate change, which began to be felt in the country’s olive groves in 2004. However, production across the country remained more or less unchanged as the new olive orchards planted in the late 1990s and early 2000s gradually entered commercial production. In 2016/17, Egypt had a total cultivation area of 100,000ha, almost 1% of the world’s total.

Table olive production has been steadily increasing over the last few decades, reaching 550,000 t in the 2016/17 crop year. Average production in recent seasons has been around the 450,000t mark. Although it shows an overall positive growth trend, Egyptian production varies significantly between seasons. For example, in the 2015/16 crop year, production fell by around 25.5% compared to the previous year; however, in the 2016/17 crop year, production grew by 63.9%. It then grew by 9.1% in 2017/18. One of the main causes of these fluctuations is climate change, which began to have a visible effect in 2004. These variations in pro- duction negatively affect consumption and trade figures. 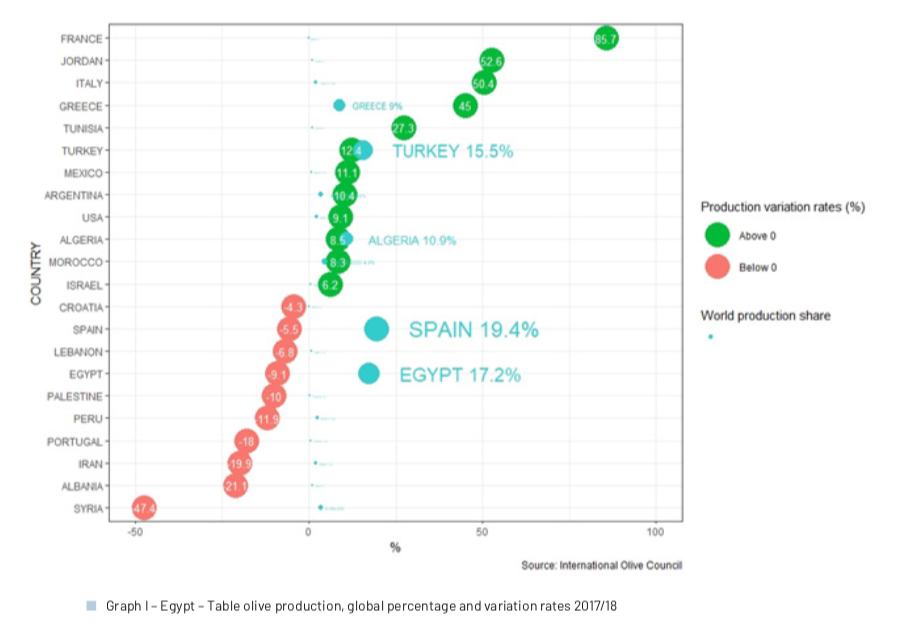 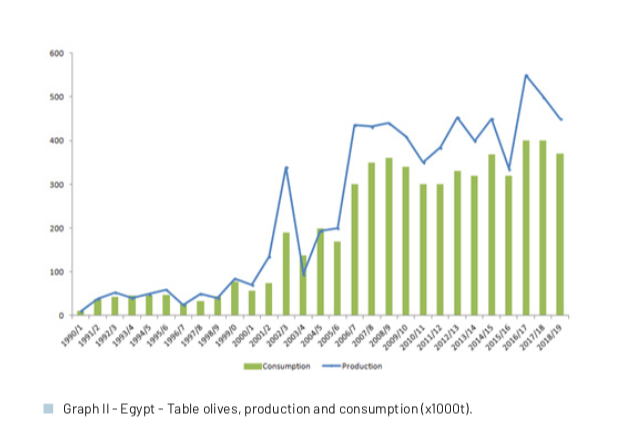 The average annual growth rate for the last four years is 46.4%. The highest rate was found in the 2016/17 crop year when imports grew by 100.7%; Brazil was the country that contributed most to this growth.

Consumption within Egypt has changed with production. The greatest increase in consumption has been seen in the main producer countries of the IOC. In some countries, production has increased sharply, and consumption along with it. This includes Egypt, which went from consuming 11,000 t in 1990/91, to 400,000 t in 2017/18, making Egypt the world’s leading consumer of table olives. Today, Egypt consumes 13.9% of all table olives consumed around the world. 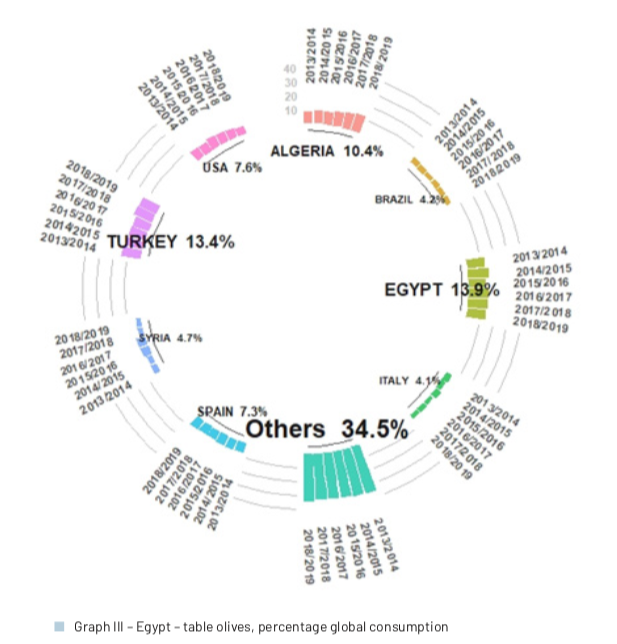 Egypt is the second biggest consumer of table olives per capita among IOC member countries, and the fourth when counting non-member countries. With a population of just over 97.5 million in 2017, per capita consumption in the last five years has gone from 3.3kg per person per year in 2016, to 4.1kg in 2017. 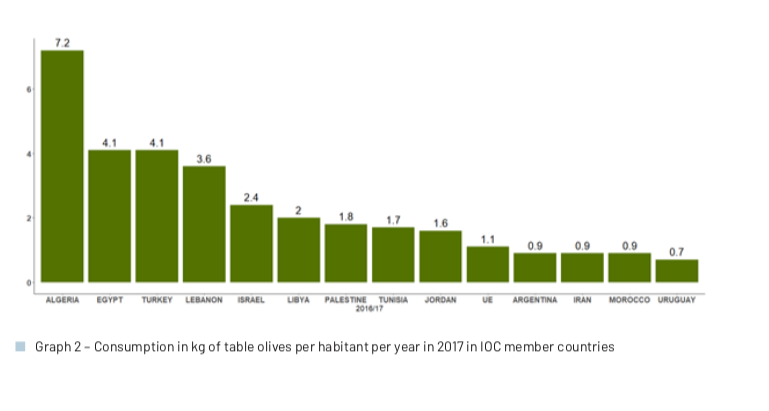 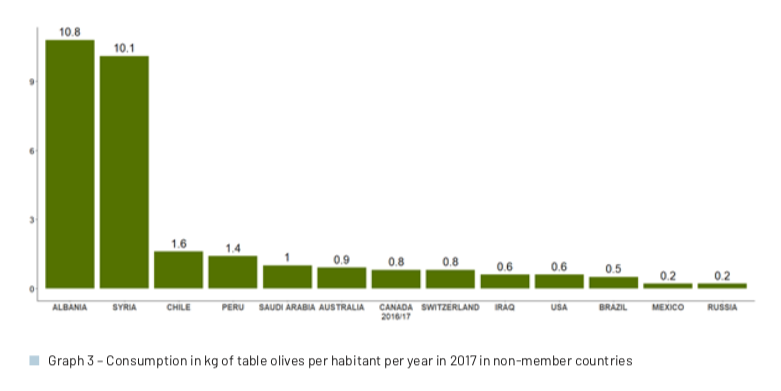