The mill is Fico

There is an original and unusual thematic space centred on extra virgin olive oil in Bologna. What is Fico? It is not only something very very cool, but also the acronym of Fabbrica Italiana Contadina (Italian Farming Factory). Indeed, there is a dedicated area, called "Ulivo Bistrot”, where olives are milled to extract oil, which is immediately packed and sold to those who want to purchase it 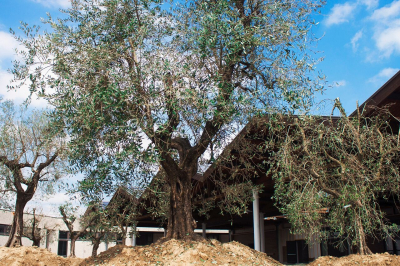 We are going to print our magazine, which has not been finalized yet, but from 15th November 2017, in Bologna, the city where the great painter Giorgio Morandi was born, the doors will open of Fabbrica Italiana Contadina, the largest agri-food park of the world, also called Eataly World. Covering ten hectares of land, eight of which indoor, it has been designed to host a wide range of experiences, training courses and educational routes dedicated to the various food chains, aimed at disclosing what is behind food preparation, also to citizens unaware of what happens in the countryside.

In this fully-functional place, Ulivo Bistrot will be opened, which has been designed to be an educational space and handled by the oil producer Olio Roi from the Italian region of Liguria, in collaboration with other companies that have believed in this initiative, including Alfa Laval and EVP, with a mill and cutting-edge storage and bottling lines, Marchisio, for tanks, Tenco, for bottling, and ENOS, for labelling. When all is said and done, those who do not want to simply buy a bottle of olive oil hastily from a store shelf, will have several reasons for exploring this food which has still so much to be discovered.