With a long history of olive oil production, the quality of Tunisian oil is going through a resurgence. To delve a little deeper into Tunisian olive oil, we spoke to Lisa Paglietti, project leader of the FAO-EBRD project Facilitating Effective Policy Dialogue in Tunisia’s Olive Oil Sector 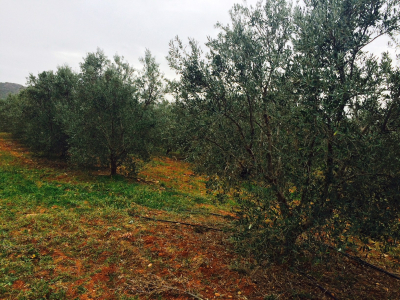 With a long history of olive oil production, the quality of Tunisian oil is going through a resurgence, moving from bulk to higher-quality olive oils. And with so many people in the country reliant on olive growing and oil production for their livelihoods, it’s essential that the sector capitalise on this this upward trend.

This is why the United Nations Food and Agriculture Organization (FAO), in collaboration with the European Bank for Reconstruction and Development (BERD), have conducted a thorough economic analysis of the Tunisian olive oil sector. The picture is that of a strategic sector, one that is deeply rooted in the country and for many years has been treated as a state affair with a dedicated and centralized body, the Office Nationale de l’Huile (ONH). The office has been exclusively involved in organizing the production and export of Tunisian olive oil, ensuring the valuable flow of revenue into the country.

The ONH lost the monopoly over the sector after liberalisation in 1996 and a number of industrial groups emerged, specialising in the commercialisation of olive oil in bulk, and twenty years later they have regained control of ninety percent of olive oil production.

Nowadays the market exhibits characteristics of oligoposony, with few Tunisian exporters playing an intermediary role between the millers and the small number of foreign buyers, keeping olive oil producers and millers apart from the final consumers. Changes in consumption trends and in the commercial strategies of the main operators and olive oil producing countries will certainly influence international competition in the coming years. Such changes should prompt a country like Tunisia to urgently review its positioning and adapt its competitive strategy. 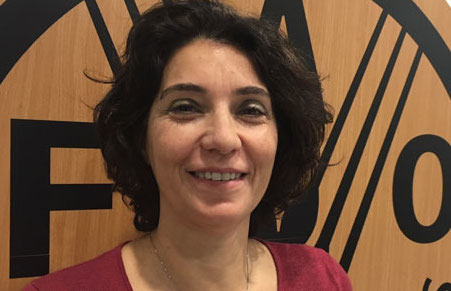 We understand FAO and EBRD are collaborating to help the development of the olive sector in Tunisia. What is the current situation and how might the sector benefit?

The agricultural sector plays a very important role in the economy of the country, employing 17% of its workforce, while olive growing alone has around 300 thousand producers who cultivate close to 1.8 million hectares. Olive growing is linked to over 1,500 olive mills spread over the whole country. Over 80% of the olive oil is exported, generating USD 837 million, and over 35 million working days. This data confirms the primary role that the sector plays in the Tunisian economy and the FAO and EBRD support to the Government aims to strengthen its competitiveness for years to come.

A sector so well established in a country that boasts a long tradition –why should it worry about the future?

The international scene is changing rapidly and the producing countries must carefully assess all changes that might have an impact on their competitive model in the future. The traditional image of the country – one of a producer of extra virgin olive oil with a “sweet” sensory profile, ideal for blending and destined for the bulk product market – could become a memory in the medium-to long term. This segment has traditionally been the most important for Tunisian exports, with a range of options for repositioning and differentiation, although there are some important challenges to address. Today, the Tunisian Government is increasingly aware of the demands and dynamism of the numerous “domaines” (estates) capable of furnishing international markets with excellent extra virgin organic oils. The sector as a whole is now considering how to stimulate a technological and organizational overhaul of the supply chain to reinvigorate its image.

What are the next steps to reduce or eliminate any risks?

For Tunisian oil, analyses of the current and future landscape are well advanced and recommendations have already been proposed to the Government. The analysis reflects the work FAO and EBRD have carried out with the local working group, comprising experts from the Tunisian institutions and economic operators involved in the olive oil sector. The analysis has also been validated through in-depth interviews with the main international oil groups, as well as traditional and potential buyers of Tunisian olive oil. A number of possible ways forward have emerged from the analysis and the first strategic proposals are now with the Government, which will soon provide its feedback and endorsement. We are suggesting a double-pronged strategy aimed, on the one hand, at strengthening the current market position, and improving services and vertical coordination between the production phases; and on the other hand, improving and diversifying the quality of extra virgin oil and expanding Tunisia’s repertoire with products that can reach the final consumer independently.

Should we therefore expect a leap in quality of Tunisian oils in the coming years?

Let us not forget that the percentage of extra virgin reaches around 70%, which is indicative of the general quality level of the Tunisian product. Extra virgin is the dominant oil, and vast majority of organic oils fall under this category. Efforts to further improve quality in the coming years will have to cover both the organizational and technological aspects. Above all, I think the critical aspects of the production process, such as olive harvesting and transportation, processing times and extractive technologies, are still too-heavily focused on maximizing yields. In addition, more consideration should be paid to the storage, which would lengthen its shelf life preserving the polyphenols and this its high quality. The recognition of Tunisian olive oil has already begun and the proof is that the Tunisian producers are winning international prizes and awards, offering oils from typical varieties such as Chemlali and Chétoui, still unknown to consumers. Olive oil is vital to Tunisia’s economy and can add even more value locally, and develop complementary industries and services, such as tourism.