A country in great evolution, with a high and consistent demand for sustainably sourced olives and olive oil. Turkish exporters require stable production. The aim is to focus on new export markets like the Far East and South America. Demand is also increasing in the USA. There is another goal not to be neglected: to increase the average per capita domestic consumption of olive oil to 5 kgs. Interview with Davut Er, chairman of Aegean Olive and Olive Oil Exporters’ Association 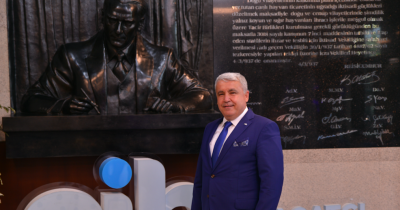 Davut Er, was born in 1965 in Aydın province, graduated from Dokuz Eylül University, Faculty of Economics and Administrative Sciences, department of Business Management. Er started his business life in 1988 by trading olive, olive oil and dried fig. For long years, he has taken part in Board of Directors of Aydın Commodity Exchange. Between the years 1999-2001, he ran the position of Chairman of the Board. He also ran as President of Assembly of Aydin Commodity Exchange between 2004-2005. He was elected as Board Member of Aegean Olive and Olive Oil Exporters Association (EZZIB) in 2006. Er, who worked as EZZİB Vice Chairman in 2014, was elected as Chairman of EZZIB in May the 11th, 2016. 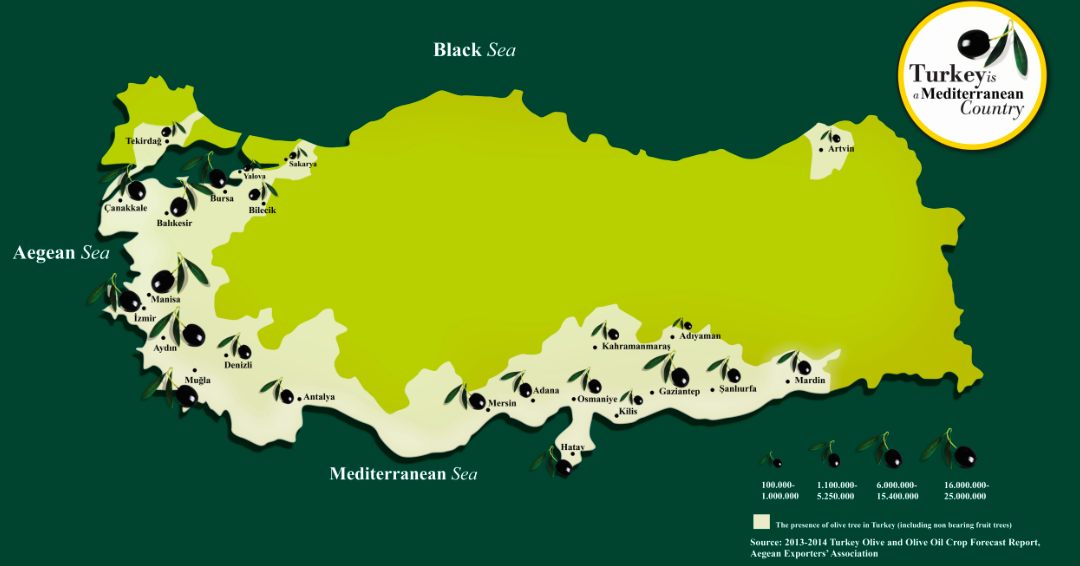 South-eastern Anatolia is known to be the cradle of the olive tree. The history of olive cultivation is therefore ancient and it is from this original place that the plant was spread in Greece and later in Italy and in Spain. Now, after many centuries, Turkey olive and olive oil has become a great promise on world scenarios. Why so many such important investments? What has changed compared to twenty years ago?In the early 2000s, Turkey had 100 million olive trees, now you’ve increased this number to 170 million. Turkey is producing an average of 170.000 t of olive oil and 527.000 t of table olives. You have ambitious projects. What are the projects and what are the goals?

Olive oil consumption worldwide has actually declined per capita since 2003. This is despite consumers’ awareness about the health benefits of these products as a part of mediterranean diet. Furthermore, the climate change is affecting world olive and olive oil production almost in all producing countries.

As the motherland of olive tree, Turkey began an effort to increase olive plantations from 2004/2005. Through 12-13 years our olive trees increased from 90 mn to almost 173 mn. Starting from the previous season, the new plantations started to give fruit and our olive oil production increased over 250.000 mts.

Our aim is now to focus on new export markets like the Far East and South America. Demand is also increasing in the USA.

What role does the National Olives and Olive Oil Council play?

The Council represents all the agents in the Turkish Olive and Olive Oil Sector, namely farmers, traders and exporters. They have a close relationship with the Ministry of Agriculture and Forestry. They stand up for the interests of Turkish producers both in Turkey and abroad.

Who are the entrepreneurs who invest in the olive tree and oil today in Turkey? Do they come from the agricultural world or from other sectors of the economy?

During the last 10-12 years, many parts of Turkish society have invested in olive trees as individuals, or by buying olive orchards the farmers.

The size of individual olive orchards differs between 3-5 da to 100 da.

Most of the plantations belong to olive farmers. The number of larger olive plantations operated by business people from outside agriculture is smaller.

There is a lot of oil produced in Turkey but Turkey’s consumption is very low compared to other producing countries. If it is true that in the last period per capita consumption has increased from 1.5 kg to the current 2 kg, we still have very low consumption quotas. Why is there such low tendency towards domestic consumption?

It is true that as an olive oil producing country, per capita olive oil consumption is limited to only 2 kg in Turkey. Olive production is primarily in the Western and Southern regions of Turkey. The people living in other regions like middle, eastern and norhern parts of Turkey are not accustomed to olive oil and for now, they seem to prefer to consume other kind of oils.

But the people in olive producing areas do primarily consume olive oil. To promote olive oil in these regions, institutions like the Commodity Exchanges and Chambers have initiated promotional campaigns.

Another factor behind lower consumption is price fluctuation in the domestic market. In years that production of olive oil is lower, prices increase and make it unaffordable for some consumers.

We believe that as the production increases over 300.000 mts in the coming years, per capita consumption of olive oil will reach to the 5 kgs level.

For table olives there is no such problem, since the olive is an inseparable part of Turkish breakfast. 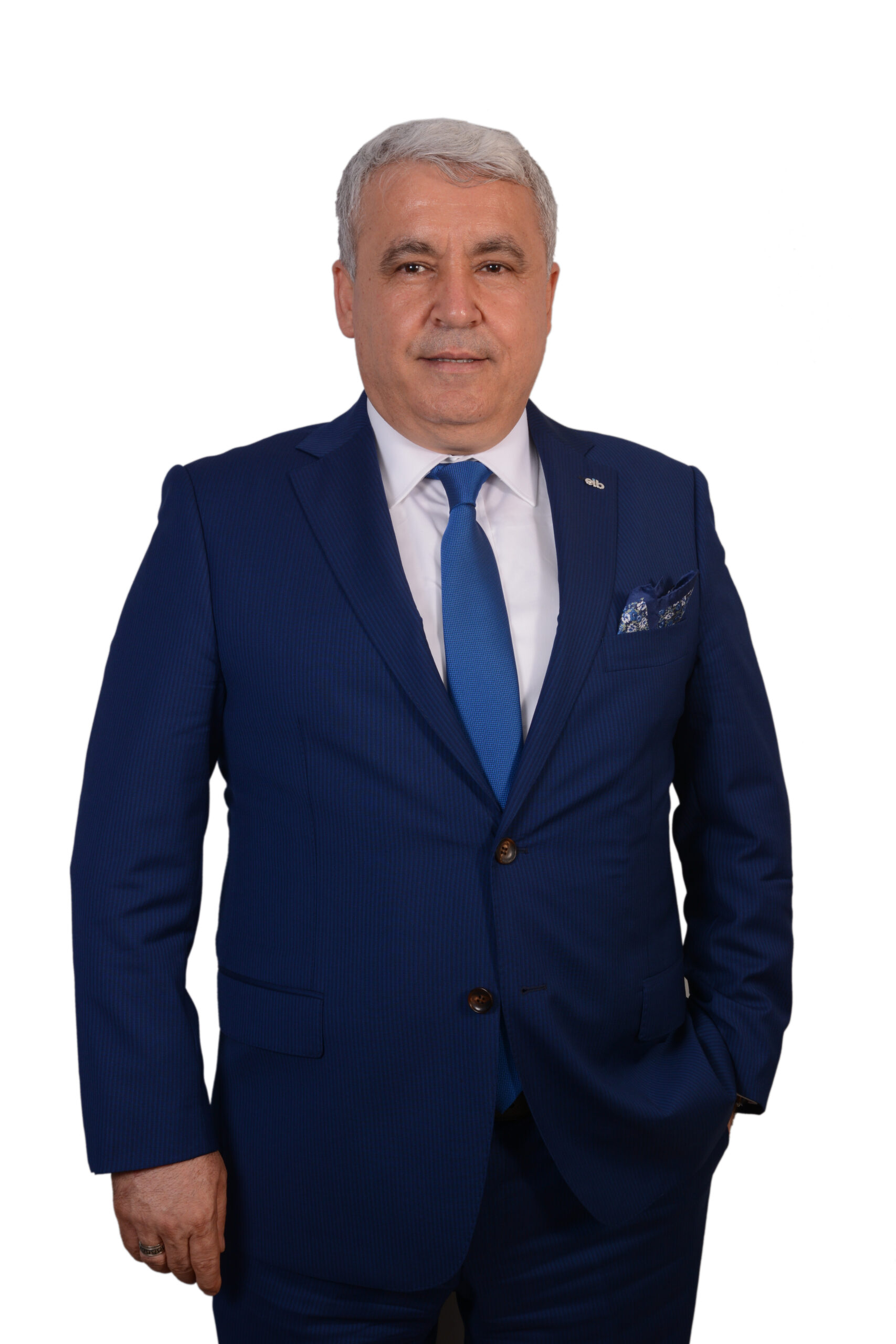 Turkish oil exports are growing. What does it mean, that oil is produced expressly for abroad? Are you aiming to be pure exporters? Turkey’s Ministry of Agriculture and Forestry has fixed a target of 450 000 t for olive oil production. Does it remain a possible objective?

Our aim is to increase the average per capita domestic consumption of olive oil to 5 kgs. Of course, as we can not consume all of the crop, we have to export some of the production abroad.

The 450.000 mts of olive oil production target by 2023 was declared by Ministry of Agriculture and Forestry some years ago. Everything is in place, but of course for the realization of this figure we will need favourable weather conditions in the coming years.

What is the technological level reached in the olive groves? Is it always harvested by hand, or with olive harvesters, or are you instead investing in olive harvesting with straddle harvesters starting from super-intensive plants? Is there still the method of collecting the olive fruits that drop from the trees onto the ground?

In recent years technologies started being utilised in olive harvesting in some regions and every year their use increases. The labour force is decreasing and becoming more expensive as more people emigrate from rural areas to cities. These new technologies increase output per person and decreases the required labour for harvesting. On the other hand, there are a few super-intensive plantations in Turkey for evaluation and research purposes.

How much have the olive milling plants been modernized? Had the relationship between traditional mills with stone millstones and presses been exceeded by mills with a continuous system?And what about the research? Do you invest a lot in scientific research?

In Turkey, almost all of the milling plants usecontinuous systems. The number of plants, millstones and presses are very limited. We have modern factories producing pressing mills with continuous systems and they are sold in both the domestic market and abroad. The relevant institutions undertake research on different native and foreign olive varieties so as to check their suitability for production in different regions.

Sensory analysis of olive oils? How many testing panels are present in Turkey?

In Turkey, there are 10 active olive oil testing panels, 5 of which are recognized by the OIC.

As mentioned, to promote and increase consumption of olive oil, campaigns have been organized by the Commodity Exchanges and Chambers of Commerce mainly in the parts of Turkey where consumption is lower, and also in big cities. There is also an olive oil promotion videocreated a few years ago with the initiative of Aegean Olive and Olive Oil Exporters Association with the participation of Ministry of Agriculture and Forestry and some Chambers of Commerce and Commodity Exchanges in producing areas of Turkey. The Aegean Olive and Olive Oil Exporters Association and individual companies also participate in international exhibitions abroad.

Would the Turkish lira crisis and the 179 billion of external debt impact negatively on future investments?

The impact will be very limited to the sector, and the devaluated lira may contribute to an increase of exports.