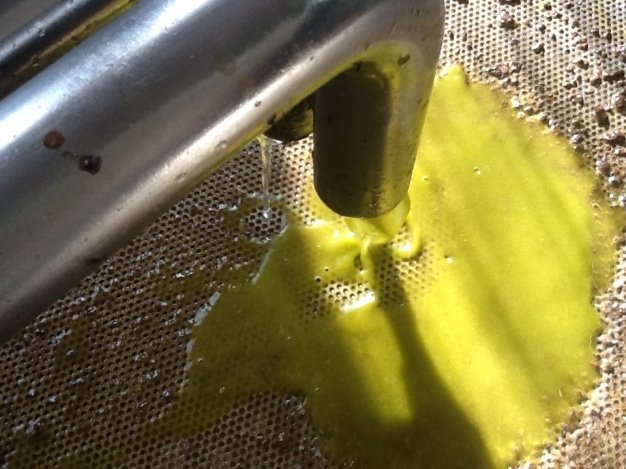 Olive oil. The IOC held the 105th regular session of the Council of Members in Rome (Italy) from 23 to 26 May 2017. The proceedings of the Economic and Promotion Committee included an update of the figures sent by the member countries for 2015/16 (definitive) and 2016/17 (provisional). These figures will be subject to change until November 2017, which is when the world balances are approved by the Council of Members. According to the new figures received, world production of olive oil in 2016/17 will decrease by approximately 20% compared to the previous crop year. This decrease is the result of a fall in production in producer countries in general and in particular in European producer countries, which will together see a 25% decrease. Spain is set to produce up to 1 280 000t, and although this is a 8% drop from the previous crop year, it will account for 50% of world production; production in Italy and Greece will fall by 61% and 39%, respectively, while Portugal will see a decline of approximately 30%. Production in the remaining IOC member countries will as a whole shrink by 7%, with the notable exception of Turkey, which will see a 24% increase in its production compared to the previous crop year.

World consumption will exceed production by 13% which means that the demand for olive oil continues to grow. As ilustrated in graph I on the averages for the period 2006/07-2010/11, global demand has exceeded supply for the last decade. Olive oil is a product that, due to its nutritional properties and health benefits is ever more present in households the world over.

On 18 May 2017, the 49th meeting of the Advisory Committee on Olive Oil and Table Olives was held in Lisbon (Portugal). This Committee brings together representatives of professional organisations (producers, consumers, industry and trade) from both sectors. Participants from Brazil, China and Japan also attended as observers. The representatives of both the olive oil and the table olive sectors predicted a year-on-year increase in production in 2017/18. The current flowering conditions point to a good crop in most producer countries provided the favourable climatic conditions continue.

Table olives. The world production of table olives in 2016/17 is expected to increase by 7% compared to the previous crop year, reaching approximately 2 758 500 t, which would be the best campaign until now. Graph II shows the trend in world production and that of IOC member countries, which in this campaign will produce more than 86% of the world total. The European producers as a block see a 4% drop compared to the previous crop year, while production in the rest of the member countries is expected to grow by 15%. In the ranking of table olive producer countries, Egypt is expected to become the second world producer with 500 000t, followed by Spain, which will reach close to 595,000t, Turkey is expected to come in third position with 433 000 t, followed by Algeria with 234 000t, Greece with 180 000t, Morocco with 110 000t, Iran with 75 500 t and Argentina with 60 000t, with other countries producing smaller volumes.

World consumption in 2016/17 is expected to increase by 5% compared to 2015/16. Section 1.2 provides an outline of table olive imports over this crop year.