Frying, in all its forms

Frying is a cooking method dating from the dawn of human civilization. Back then, Man discovered that the chemical and physical nature of fats caused a rapid accumulation of heat, with stunning results in term of crispiness and flavour 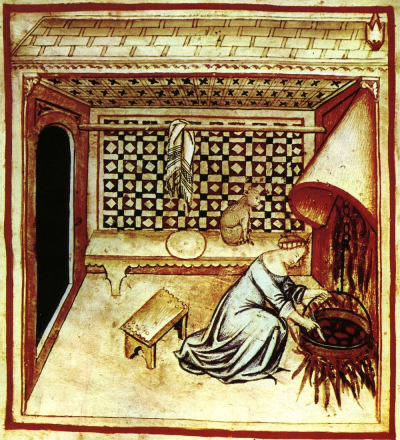 In dictionaries, the verb “to fry” has many meanings, all however linked to the act of cooking in a pan over direct heat, using oil or other fats. From the Latin frigere, frying, according to Dizionario italiano ragionato, an Italian dictionary compiled by Angelo Gianni, it is “typically one of the tastiest and widespread ways of cooking food”. Indeed, it is such a popular cooking method that it is present in many idioms and phrases.

We go from the exasperated, if rather quaint, exclamation “Go fry an egg!” to the more drastic “frying someone”, the underworld expression for executing a person on the electric chair. One can “fall out of the frying pan and into the fire”, hence passing from a bad situation to an even worse one. “To have bigger/better fish to fry” means having more important business to attend to. Less common perhaps is the phrase “language that would fry bacon”, meaning curse words and swearing.
Someone is said to be fried when he or she is either drunk or intoxicated from drugs, particularly LSD, or more simply, exhausted. In the field of computer technology, the term usually refers to smoke-producing hardware failures.

Whether widespread or more localized, common or archaic, these often colourful expressions all derive from old sayings and aphorisms… small fry, perhaps, but quite intriguing.