A Brief History of the Quantum Paradigms in Psychopathology

In the past few years, quantum-psychological and quantum-neurodynamical ideas have provided alternative hypotheses concerning the genesis and nature of mental illness. Starting in 2012, every year an interdisciplinary group of scientists has been meeting in various locations in Italy to provide presentations on recent advances in this field and engage in vigorous scientific debates 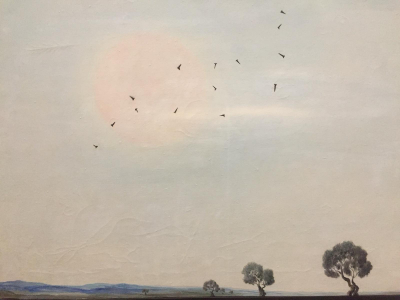 The issue of the molecular nature of brain activities has been of great interest to not only neurophysiologists but also information scientists and psychopathologists.

While much is known about the architecture of brain cells and their individual activities in terms of the action potential, ion channels and ionic currents, much less is known about such issues as where are memories stored, which molecular mechanisms are involved in information processing and cognitive functions.

In particular, much has been hypothesized about the possibility of some cognitive functions requiring the operation at a level of quantum physics.

The way for this has been paved by the work of physicists like Hiroomi Umezawa, Kunio Yasue, Giuseppe Vitiello, and Travis Craddock, mathematicians like Roger Penrose, and biomedical investigators like Stuart Hameroff, Massimo Cocchi, Roman Poznanski and Gustav Bernroider.

These innovators have laid a foundation for a possible rapprochement between material substrates and human cognition.

In the past few years, quantum-psychological and quantum-neurodynamical ideas have also provided alternative hypotheses concerning the genesis and nature of mental illness.

Starting in 2012, every year an interdisciplinary group of scientists has been meeting in various locations in Italy to provide presentations on recent advances in this field and engage in vigorous scientific debates.

Below is a list of these conferences in reverse chronological order and their locations:

The Organizing Committee consisted initially of Massimo Cocchi and Lucio Tonello who were later assisted by Jack Tuszynski, Marco A. Deriu, Marco Pettini and Marco Cavaglià.

The founding members of Qpp were Donald Mender (Yale Univ.) and Massimo Cocchi (University of Bologna).

In 2017, Jack Tuszynski took over from Massimo Cocchi as the President of Qpp.

This resulted in major efforts to bridge the gap between quantum physics and neuroscience, which were undertaken by members of the Qpp initiative led by Massimo Cocchi in order to develop viable quantum paradigms of psychopathology.

Massimo Cocchi and his collaborators identified via membrane biophysics possible quantitative correlations between phospholipid composition, serotonin and quantum properties of the cytoskeleton in depression and psychosis.

Eliano Pessa and collaborators proposed a mathematical structure for psychiatric disease nosology based on symmetry breaking.

These ideas may guide future explorations of quantum paradigms of psychopathology.

Third, bulk properties of brain states emerging from scaled-up quantum-statistical aspects of neural matter may include subjective experience, including normal and abnormal variation of moods.

This may inform us about effects of psychotherapeutic interventions, including electromagnetic brain stimulation.

An important emerging topic is that of the gut-brain axis via microbiota.

Proceedings of the 2018 and 2019 meetings were published by the Journal of Integrative Neuroscience with an editorial paper summarizing this work:

This collection of papers was dedicated to the memory of Dr. Kary Mullis (Nobel Prize, 1993) who was an active participant in Qpp Meetings, a friend, mentor and colleague to all of us.

In honor of Kary Mullis, Qpp established the Kary Mullis Prize for achievements in the life sciences. 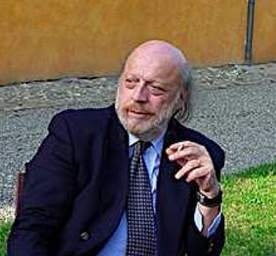