Olive juice is a heart saver

The use of extra virgin olive oil outside the traditional Mediterranean diet had never been investigated before the epidemiological study carried out by PREDIMED. This investigation reveals that, even alone, extra virgin olive oil can protect our heart, and that the reduction in the risk of cardiovascular disease does not depend on its combination with a Mediterranean diet. 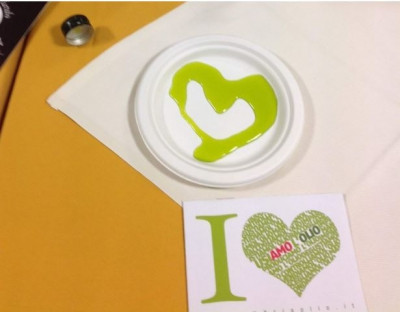 Medical data, or better, serious scientific facts concerning extra virgin olive oil, are difficult to retrieve, due to the confusion that reigns supreme in the world of so-called “scientific” literature. In the midst of it all we can find everything and nothing, and only an expert eye can separate the wheat from the chaff, discerning the truth.

Most literature focusing on the benefits of olive oil consumption analyses its use in combination with a Mediterranean diet plan, of which extra virgin oil is doubtlessly a fundamental component. The populations that follow this type of diet, featuring an abundance of vegetables, fruit, legumes, unrefined cereals, a little red meat, poultry, olive oil and red wine, have a lower incidence of oncologic and cardiovascular diseases. How much of this reduction was due to extra virgin olive oil? Although many elements seemed to suggest that it played a major role, no scientific evidence existed pointing out in one direction or another.

Two large-scale epidemiological investigations, namely the LYON HEART STUDY in 1999 and the PREDIMED STUDY in 2014 however confirmed the protective role of both the Mediterranean diet and olive oil in significantly reducing the risk of heart attacks. Moreover, a vast array of biochemical investigations indicated that extra virgin olive oil protects the heart better than any other dietary fat, especially saturated fats and trans-fatty acids.

Moreover, no literature exists stating that extra virgin olive oil or the Mediterranean diet have negative effects on our health or that they are worse than other nutrients or dietary patterns, respectively. In other words, no reliable studies have been published suggesting that extra virgin olive oil is bad for our health. Nowadays, the current trend however is not to examine the effects of a single nutrient, but to analyze the epidemiological response to a given food or diet. The Mediterranean diet keeps emerging as one of the best ways to prevent cardiovascular and oncologic diseases, hence suggesting that the consumption of extra virgin olive oil is beneficial to our health.

It must be added however that the potential benefits of using extra virgin olive oil outside this type of diet had never been assessed prior to the PREDIMED study. This investigation proved that extra virgin oil, even alone, can protect our heart, and that the reduction in the risk of cardiovascular disease is independent of its association with the Mediterranean diet. In other words, the latter diet is excellent against cardiovascular diseases, but the addition of extra virgin olive oil makes it even more effective. This comes as no surprise, yet it had never been proved before. The results of this investigation, carried out by a team of Spanish scientists, got worldwide media coverage.

Objections have been raised – something rather common in medical literature – but overall most people agree with these findings. Although it is worth flying this flag, some considerations should be made. Extra virgin oil is and will always be deeply rooted in the Mediterranean diet and culture, and this fact has contributed to making it what it is. Olive oil is best used to dress and cook our food, because it is the finest medium for bringing out their scents and flavours of all the vegetables, legumes and cereals growing in our region of the world.

Butter is usually associated with meat and desserts… doubtlessly tasty, but not as healthy. It makes no sense to compete with eating habits and cultures that possess a certain degree of self-destructiveness. There is now scientific proof on what is healthy and what is bad, so let’s give more credit to both oil and the Mediterranean diet, and keep promoting what might be our greatest heritage. 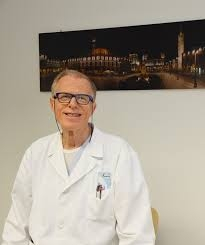