A new vision of oil

Expertise. The Seventh Journées Méditerranéennes de l’Olivier took place last week in Meknès. The increasing popularity of Mediterranean cuisine throughout the world brings quality oil into the limelight. The Italian experience in a speech focusing on the Oleosalusistem project. 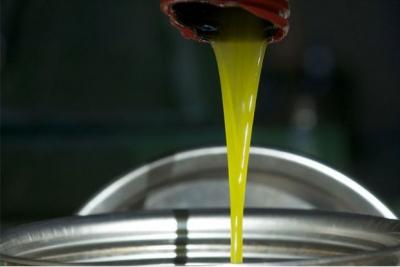 The growing enthusiasm for natural, unprocessed foods and the increasing popularity of Mediterranean cuisine worldwide, and in the US and Japan in particular (in 2007 UNESCO declared the Mediterranean diet an intangible cultural heritage), has prompted researchers to investigate the beneficial effects of certain antioxidants such as oleuropein and vitamin E on human health, as well as those of the numerous essential fatty acids contained in extra virgin olive oil.

Nowadays, the international olive oil sector is going through a period of great crisis. There are some serious problems of adulteration in the ranks of extra virgin olive oil, and it is already obvious from their retail price, often lower than € 3 per litre, that many bottles labelled as such lie about their extra virgin status.
Every scandal decreases the consumer’s trust and casts a pall of suspicion on the entire sector, including that of top quality olive oils.

The strategy for standing out is to raise the quality level

The threshold levels of minor components such as polyphenols and vitamin E should be raised, since they are responsible for the potential health benefits of olive oil.

The importance of minor components

While it is impossible to intervene on the composition of fatty acids (oleic, linoleic and linolenic acids, etc.) present in the oil, which depends on both the plant’s genotype and the environmental conditions during the olives’ ripening stages, the methods and techniques employed for harvesting the olives and producing and storing the oil all play a fundamental role in determining the levels of minor components such as squalene, phenols and vitamin E.

Many epidemiological investigations indicate that regular consumption of extra virgin olive oil reduces the incidence of many types of cancer (La Vecchia C. et al. 2006) such as:

These compounds appear to be particularly effective in preventing the appearance and progression of the above tumours (Escrich, E. et al. 2007; Zamora Ardoy M.A. et al. 2004).

lawmakers’ Attention TO food with outstanding nutritional and health properties

The EFSA (European Food Safety Authority) has authorized a health claim related to phenolic compounds present in extra virgin olive oil.
Commission Regulation (EU) No 432/2012 of 16 May 2012, “establishing a list of permitted health claims made on foods, other than those referring to the reduction of disease risk and to children’s development and health”, authorizes the following claim:

“Olive oil polyphenols contribute to the protection of blood lipids from oxidative stress” accompanied by the following statement: “The beneficial effect is obtained with a daily intake of 20 g of olive oil”.

According to the literature, these health-promoting polyphenols are hydroxytyrosol and its derivatives, which are distinctive of extra virgin olive oil; these substances however only exert a beneficial effect if present at concentrations higher than 250 mg/liter. EFSA advises a consumption of 20 g of olive oil daily to ensure an intake of 5 mg of these beneficial compounds.

Two years have been necessary to implement Oleosalusistem, a project coordinated by our company that features the collaboration of various scientific partners, within the framework of Measure 124 of the Programme of Rural Development of the Tuscany Region focusing on transfer of technology. The partners were: Gesaaf, i.e. the Department of Forests, Food and Agricultural Systems Management at the University of Florence; the Chemical and Merceological Laboratory of PromoFirenze, a Special Agency of the Chamber of Commerce of Florence; A.N.A.P.O.O. (the National Association of Professional Olive Oil Tasters) and the company Toscana Enologica Mori Snc. Thanks to this project it was possible to define a work method and replicable operational systems capable of producing oils with outstanding nutritional properties and a limited impact on the environment.