An exhibition devoted to the “gentle mothers of oil”, as poet Vivian Lamarque defined olives in her celebrated acrostic published in “L'Aria dei Messapi”. The pictures taken by Fabio Lazzari depict fourteen varieties olive trees that are native to Apulia, a region in southern Italy 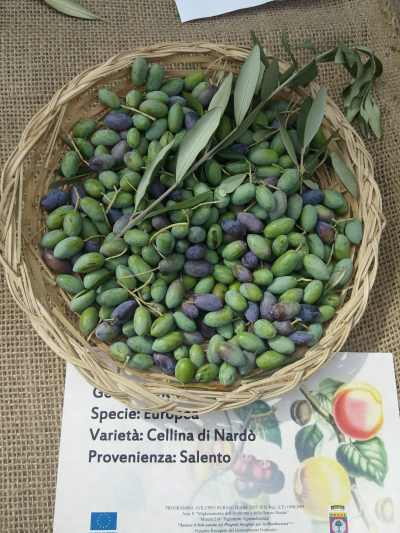 The exhibition of Fabio Lazzari’s works are part of an integrated project in favour of biodiversity named “Re.Ger.O.P. – Preserving Apulia olive germplasm” and financed by the Region Apulia. This project involves a large number of partners, most prominently Sinagri, a Bari University spin-off.

“The Re.Ger.O.P. project – states Dr. Lazzari – comprises a variety of actions focusing on olive biodiversity, all of which extensively contribute to acquiring, conserving, characterizing and preserving the olive germplasm of this region.”