After the summer break, the Executive Secretariat of the IOC is back to work with a busy schedule of meetings and activities in all areas 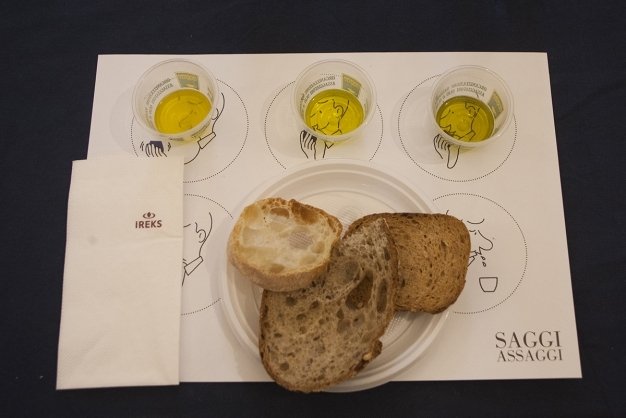 In the area of economy, the ninth meeting of the Statistics Working Group will take place on 1 October. The group is made up of experts from IOC member countries and its main goals are to monitor IOC statistics; revise world and national balance figures for olive oils, olive pomace oils and table olives; and draft proposals and recommendations for improving the quality of statistical data. During the meeting, debates will focus on estimates for the 2018/2019 crop year; the update of external trade data; the different aspects of the current olive-growing situation, such as changes in the area of olive growing; national expansion plans for the coming years; and producer price monitoring.

In the area of olive growing, olive oil technology and environment, the True Health Olive Cultivars project is underway. Its main objective is to support the Network of Olive Tree Germplasm Banks, as promoted and coordinated by the IOC, in order to obtain plant material that is authentic and free from quarantine pests and pathogens. The IOC grant holders got back to work: those in the second year of the Master’s in Olive Growing and Olive Oil Technology at the University of Córdoba, and those writing their doctoral theses. Between 22 and 26 October 2018, a course on sensory analysis for panel leaders will be held. A meeting on integrated action in the fight against Xylella fastidiosa and the protection of olive trees will take place between 12 and 14 December 2018. A system of recognition for the training centres in the olive growing sector is in its final stages. A number of national activities will also be carried out.

In the area of olive oil chemistry and standardisation, the IOC will continue acting as an international forum for debate, where the analytical criteria for quality and purity are studied, specific methods of analysis are fine-tuned, the necessary ring tests for validating those methods are organized, limits are established and standards are set that act as a reference for olive growers worldwide. The proficiency of laboratories and tasting panels is also checked every year with a view to their recognition by the IOC and so that they can send reference and control samples for training.

In that last quarter of 2018, the IOC took part in the ISO TC 34 SC 11 meeting between 19 and 20 September in Belfast, UK, where, as well as actively collaborating with the subcommittee on fats and oil, the IOC also presented its activity report. The IOC will also attend the meeting on the Oleum project, which will take place in Belfast the day before, as the Council is part of the advisory committee.

On 2 and 3 October, there will be a meeting of experts on organoleptic assessment for the monitoring ofthe electronic working groups’ ongoing research, the assessment of the 2017 test results for IOC recognition of tasting panels and panel harmonisation.

On 3 October, the meeting on the study into analytical characteristics of virgin olive oils displaying anomalous parameters will take place. Between 4 and 5 October, the chemical expert group will meet to continue working on updating and studying new analytical methods as well as the technical commission on evaluating the results of the 2018 proficiency check test for IOC recognition of physico-chemical testing laboratories.

It is also worth noting the Executive Secretariat’s role in the conference on contaminants that the Italiansociety for study into fats and oils (Spanish acronym SISSG) organised in Bari, Italy, as well as in elaborating a proposal for the revision of the different categories of olive oils and pomace oils, for the World CustomsOrganization as well as the IOC’s participation in those meetings and in the expert meetings of the CE which wereheld in Brussels, Belgium.

In addition, a restricted meeting of nutrition experts was held, with a view to preparing the workshop the IOC planned to organise with the American Society of Nutrition in Baltimore in June 2019, as part of the IOC’spromotion campaign in the US.

To end the year, on top of the Council’s usual activities, the preparation for the CCFO meeting in Malaysiain February 2019 will be finalised and, once the electronic working group has published its report on the work the IOC has actively participated in, the Codex Secretary and the Chair of the eWG will look into the possibility of holding a physical meeting in December 2018.

In the area of promotion, the IOC will continue its promotion efforts in the US and will start its campaign in China. The IOC has also published two grant notices for the celebration of World Olive Day in its member countries; the deadline passed on 7 September. The applicants awarded the grants will be announced in the coming days.

The advisory committee of the IOC will be informed of the progress during a meeting to be held on 15 and 16 October as well as a meeting for the associates signing the agreement on physico-chemical quality control. The results and the conclusions of all the aforementioned areas will be presented at the 108th session of the Council of Members in November 2018, including World Olive Day, which will be celebrated on 22 November at IOC headquarters.