The guide to good frying

Whoever wants to enjoy a magnificent, tasty fry should always follow certain rules. These are the secret to a great dish, and are also fundamental for our health 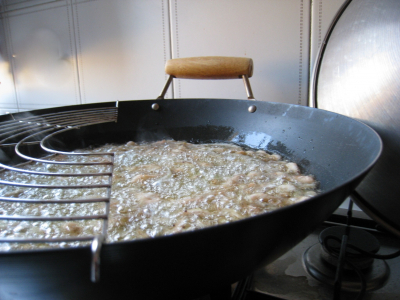 One cannot fry in a random manner, just relying on instinct. We should always follow certain rules, which are essential for our health. Below is a set of rules laid down by oil specialist Luigi Caricato, taken from his book Friggere bene, published in Italy by Tecniche Nuove.

GUIDELINES FOR A PERFECT FRY

– It is always best to avoid using the same oil more than once.

– The ideal frying pan is in cast iron, so that the oil heats gradually. If unavailable, one should opt for a steel pan.

– The frying pan should be wide and not too low, preferably with an upright rim.

– It is important to adjust the flame correctly. The oil must never spill over the sides of the pan. The frying temperature must be kept as constant as possible.

– Use generous amounts of oil, so that the food is always fully submerged.

– Avoid frying too much food at the same time, or it will stick to the pan and reduce the temperature of the oil.

– The food should be immersed in the oil only when the latter has reached the right temperature.

– The food should be dry and at room temperature, so as not to reduce its smoke point and risk breaking the food fibres.

– The food should have a limited size, and if necessary it should be cut up into small pieces, so that a surface crust will form more rapidly and prevent the oil from steeping inside.

– Well-structured, moist vegetables should be fried slowly over moderate heat (around 130-145° C), in order to avoid an insulating crust from forming on the surface that would leave the food uncooked inside.

– Small, slender pieces of food such as matchstick potatoes or fish fry should be deep-fried rapidly, at a temperature ranging between 175 and 180° C.

– It is important to avoid overheating the oil. A thermostat is always a useful device for keeping the temperature under control. Prolonged heating causes a general decay of the nutritional value and palatability of the oil, with a consequent risk of the oil thickening and darkening, foaming and smelling unpleasant. Frying will take longer, and inevitably the food will absorb more oil.

– The food in the pan should be stirred continuously, in order to avoid it sticking to the bottom.

– Ideally, the oil used for frying should always be new. In no case should olive oil be used more than two or three times, and always after filtering it so as to eliminate all food residues and contaminants. Seed oils should never be used more than once, never.

– Used oil should never be topped up with fresh oil.

– If the frying pan is not equipped with a basket, a skimmer or strainer should be used to quickly remove all the food when it is ready.

– Once fried, the food should be placed on kitchen paper so as to drain all excess oil.

– Only after frying and draining well should the food be seasoned with salt. 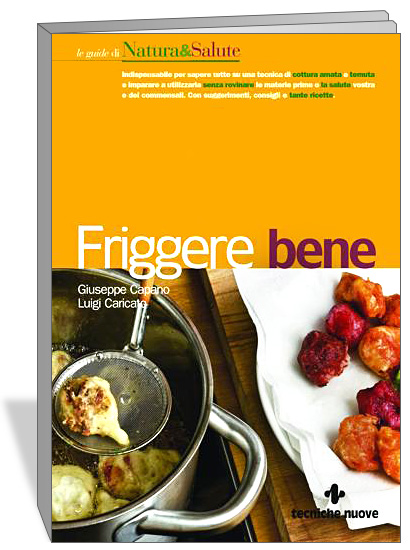