Novelty in the 7th WOOE

The biggest international fair devoted to the olive oil closes its seventh edition with an attendance of almost 4,000 professionals from the sector. Business, new trade opportunities, debate, trends, innovation and networking: the keys to success of the World Olive Oil Exhibition 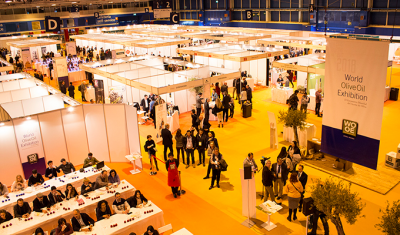 Approximately 700 producing companies and 4,000 professionals from the olive oil sector, from the HORECA industry, distributors, purchasers, brokers and media from more than 30 different nationalities (United Arab Emirates, Japan, China, the United Kingdom, Italy or the US) gathered during these days in Madrid thanks to the 7th World Olive Oil Exhibition, the biggest fair worldwide exclusively devoted to the olive oil industry.

As a novelty in the 7th WOOE, it is noteworthy the attendance of producers from diverse nationalities such as South Africa or Turkey, that participated representing 400 companies belonging to the Association of Exporters of Olive Oil and Table Olives from the Aegean region of Turkey. Moreover, producers from the North-East of Tunisia heavily boosted the World Olive Oil Exhibition participating through the cluster Olive Oil North West Tunisia (Kef, Jandouba, Siliana, Beja) whose objective is the promotion of the Chtoui variety.

Indeed, the attendance of important organizations such as PDO Baena, Bajo Aragon, Montes de Toledo, Montes de Granada, Campo de Calatrava, Sierra de Moncayo, Campo de Montiel, Sierra de la Alcarria, Campo de Calatrava or Olive Oils from Organic Farming of Aragon or the Valley of Alcudia; alongside the presence of the ORIVA (Interprofessional Association of Olive Pomace Oil) and producers from other regions such as Aragon, Catalonia, Valencia or Almeria were once again the strengths for an international fair which could not be held anywhere else but in Madrid.

The active business promotion for olive oil producers is the fundamental purpose of this event that also unites marketing and packaging companies, supply companies of kitchenware for tastings, household items or parcel services, far-reaching media such as Mercacei and machinery companies and auxiliary industries.

One more year The World Olive Oil Exhibition consolidates its international prestige as a trade fair, but also as an encounter focused on debate, trends and keys that govern the present and those expected in this dynamic market’s immediate future, thanks to a program of tasting sessions and conferences which has already become a not-to-be-missed event for all those interested in the olive oil industry.

Some of the most renowned international experts participated in the fair: the American David Neuman (Evooguy.com) and Maria Reyes (Director of Category Management at KeHE Distributors Inc.); Luigi Caricato, CEO at Olio Officina; Abdellatif Ghedira, Executive Director of the International Olive Council; as well as national experts such as Rafael Jiménez Díaz, expert in phytopathology of sustainable agricultural systems; Javier Perona, researcher at the CSIC; Teresa Lajo, head of Endocrinal service at the University Hospital Moncloa; Juan Peñamil, CEO at Mercacei and José María Penco, director of the International Contest “Evooleum”. These last two experts were in charge of one of the fair’s most demanded activities in which the Awarded Olive Oils of the Evooleum Guide were presented and, subsequently, a tasting session of the best olive oils from each country was offered.

The fair’s final day ended with a meeting of investors from the olive oil sector with the Egyptian delegation led by Adel Khairat, president of Egypt’s International Olive Council, and Dr. Emad Aly from the Ministry of Agriculture’s Development and Sustainability Bureau and with the intervention of His Excellency Mr. Omar Ahmed Abdel Wahab Selim, Ambassador of the Arab Republic of Egypt.