The first of many postcards that will be issued from now until next January, to promote this great event. We are getting ready for the fifth edition of the festival, and many are its novelties: the theme (Avant-garde: the oil of the future), the logo, more modern and stylized, and the elimination of the word “Food” from the name of the festival 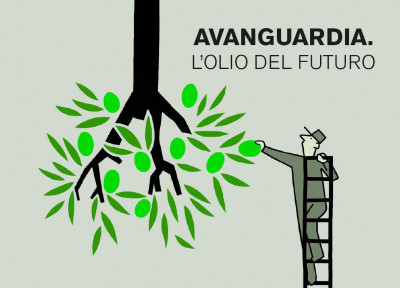 The illustrator is, as always, the great Valerio Marini. The readers of Olio Officina Globe are bound to know him well by now, as does whoever attended our festival, and admired the exhibitions of his original and always interesting work.

What you see here is the first of many postcards. The theme of the fifth edition of this festival focusing on the “condiments for the palate and the mind”, an event created and directed by Luigi Caricato is “Avant-garde: the oil of the future”.

Avant-garde. The oil of the future. This is the leit-motif of the 2016 Olio Officina Festival. Avant-garde, as defined by the artistic and literary movements in the early Twentieth century bearing the same name, is whatever can express audacity and be innovative by identifying and creating new trends.
The Olio Officina project marches on, with the aid of all those who care about olive oils, and in general all dressings, with no exceptions.

Some novelties are already apparent. First of all, the name of the festival has been changed: from now on it will be called the Olio Officina Festival, and no longer the Olio Officina Food Festival.
The logo too is different, and is now simpler, more stylized and modern.

Postcards will be issued promoting the fifth edition of the festival. The one shown here – illustration by Valerio Marini, and graphic design by Alberto Martelli – is only the first of a series. More will follow.
As always, the appointment is in Milan, in Palazzo delle Stelline, Corso Magenta 61. The festival will take place from January 21 to 23, 2016, so don’t forget to mark it on your calendar. 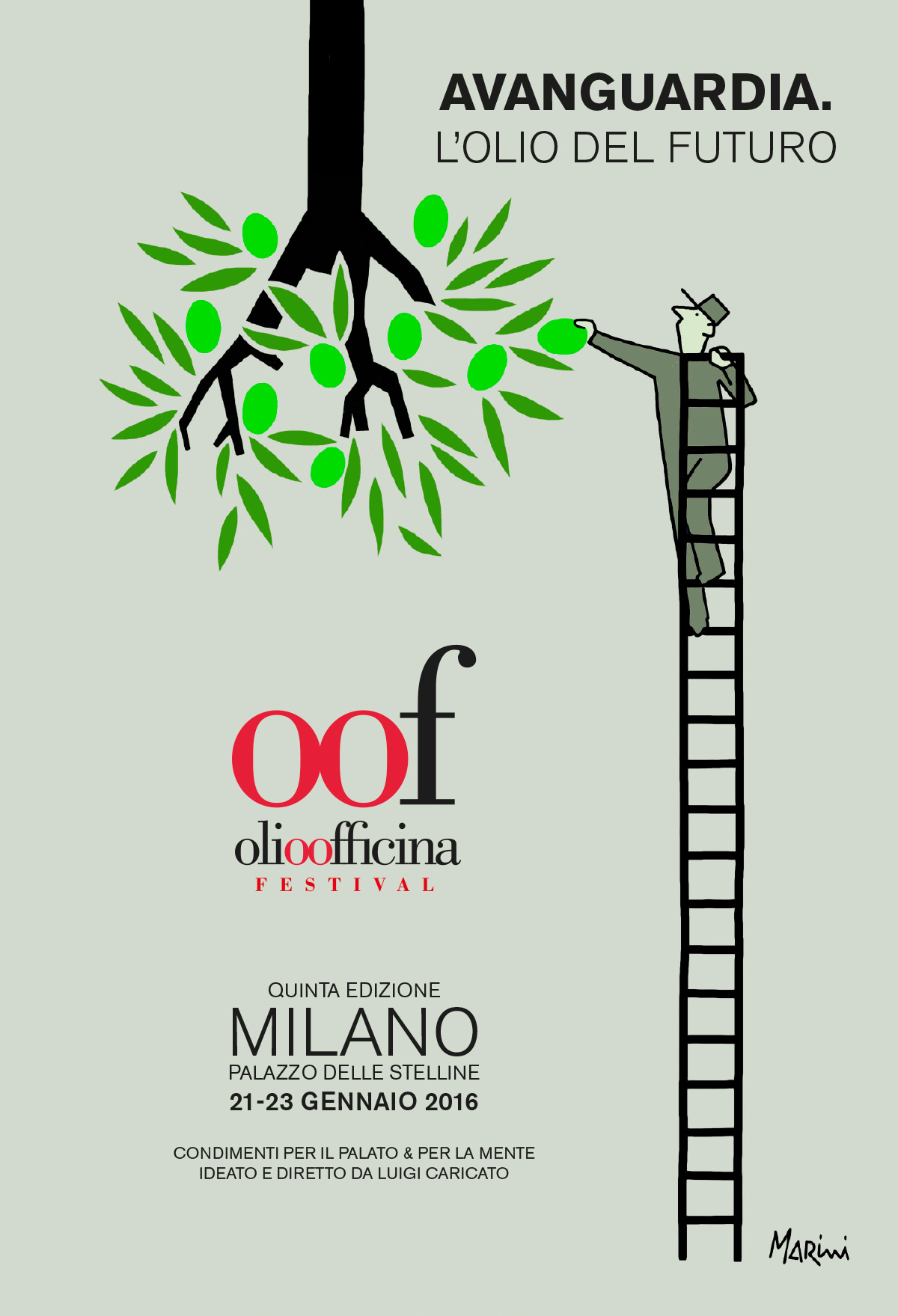