Special report on the WOOE, with interviews. Madrid is hosting the sixth World Olive Oil Exhibition on March 29th and 30th. What is the latest news from the global olive oil industry? Here is the opinion of Juan Vilar, professor at the University of Jaén and an international expert in the Olive Oil Economy 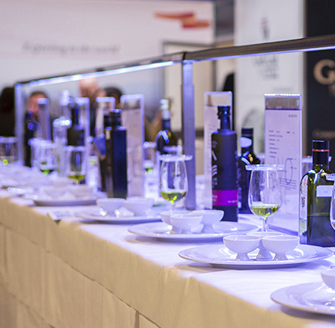 The press office of WOOE, the exhibition devoted to prime olive oils, has interviewed some of the leading protagonists of this sector. These interviews are here for our readers to see, courtesy of Ms. Cristina Villar. 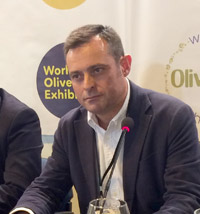 Juan Vilar (Chilluévar, 1970) is a strategic advisor with a PhD in Economy, a permanent professor at the University of Jaén and an international expert in the Olive Oil Economy. Within his extensive professional career, he has been part of several management boards, as well as having held diverse executive positions in multinational areas. He has published more than 350 scientific and educational contributions, among which books, articles and lectures across the globe.

What do you consider the key challenges for the future of olive oil in Spain?

From the olive oil point of view, Spain is a particularly rich country. The development undertaken over the past 25 years can be seen in areas such as technology, knowledge, the provision of resources devoted to oil mills, the quality of our olive oils, productivity of olive trees, and the quantity of exports among others. All these aspects make Spain the undisputed leader. However, regarding olive growing, the biggest challenge that faces Spain is the lack of competitiveness of the olive oils, mainly due to the dominant type of crop –the traditional olive growing–, amplified by the immobility that prevailed in certain areas over the last years.

Which are currently the most promising markets in olive oil production?

From a global perspective, more than 83% of the produced olive oil is consumed by the countries which produce it: meaning that it is a product that is consumed by familiarity. And although the demand spreads across 174 countries, during the few last years there has been a fall in domestic consumption in countries such as Spain, Italy, Greece or Tunisia. This situation gives way to the expansion of exports to be affected by a fall in prices, due to an excess of competitiveness between those countries involved. It is particularly necessary to encourage domestic consumption, urgently and in a coordinated way, within the said countries, whose current total surplus exceeds a million tonnes. At the same time, of course consumption has to be promoted in the emerging countries.

What importing countries do you think are going to play a key role in 2017?

Undoubtedly: the United States, which is still ranked as world’s third olive oil exporting country. And we should also pay attention to countries such as Brazil, Arabia, China or India (these last two countries make up, after all, 35% of the world’s current population) among others; without overlooking the major role of Italy within the Spanish exporting balance of payments.

Yourself, who usually participates in the WOOE, what do you expect from the fair in its sixth year?

During each and every one of the past exhibitions of which I had the opportunity to attend –and this one is the fifth one–, the following exhibition improved in image, resources, attendance, customer traffic, media presence, etc. to the previous one. Helped by the current situation of the sector and taking into account the efforts that the organizers are carrying out, on this occasion I am absolutely certain that this year will be an unprecedented great fair at all levels; of course until the next one.