‘Tis all a festival 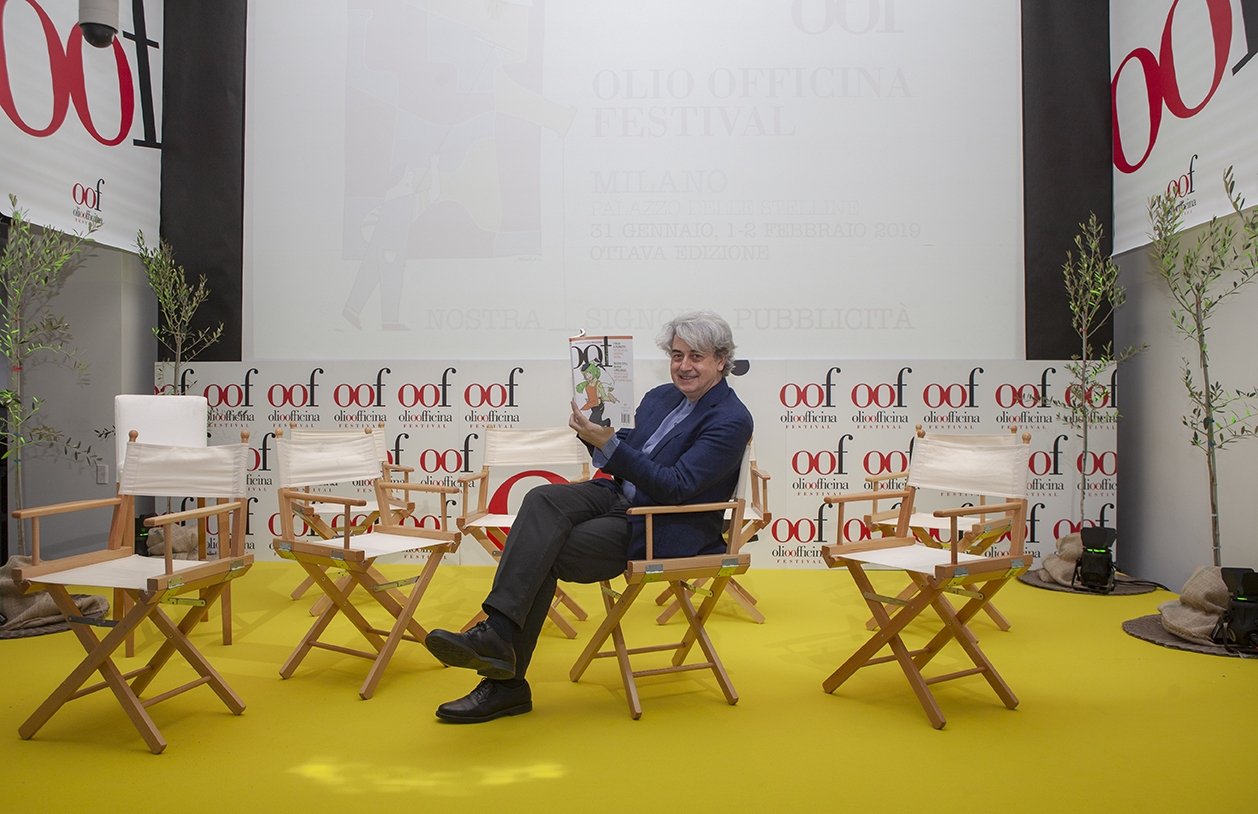 It’s no easy task to tell the story of Olio Officina Festival’s eight editions and to introduce the ninth, which will be taking place in Milan, at Palazzo delle Stelline, from 6 to 8 February 2020, but it’s definitely a very invigorating one. Also because, to get across to people what this great happening is about, with its illuminating subheading “Condiments for palate & mind”, it really took a lot of effort, both from the undersigned – its creator and director, but, in the final analysis, the sole organizer – and from my irreplaceable, highly efficient associates. It’s been a huge challenge that has very much paid off.

Each year has had its own central theme, exploring a crucial area for the sector; aiming to invent something that has never been seen before. What has kept us going over the years has been a desire to open eyes to a new vision of olive oil, one that goes beyond regarding it as just another item of merchandise. It may have been a big challenge, but in my view, it’s one we won right from the off – partly because I’d always believed in it.

I’ve long felt the need to help olive oil regain its reputation, one that has faltered both in the marketplace, where price rules over quality, as reflected in the typical household mindset (where what counts is saving money, where in the end one olive oil is seen as just as good as another), as well as at a professional level (where the sensitivity needed to treat olive oil and other condiments as foodstuffs, and therefore always to opt for quality, is still sadly lacking).

On my side, I’ve always seen olive oil as deserving its role as a “cultural marker”. Because the difference, when it comes down to it, is always cultural: a solid economy needs to be backed up by a solid cultural substrate. What I have achieved over the course of the festival’s eight editions is something long-lasting, far more than just a testimonial. I am moved by the tenacity that lies behind every moment of the organization: there is unceasing toil that can sap your very life force, but I felt the urgency of my mission, because it was so vital. At first, it was difficult to get people to understand what an olive oil festival means. “Your trade fair,” they would call it; which would set me off (with ill-concealed annoyance): “it’s not a trade fair!”. Both the festival and the trade fair procide significant opportunities to exchange viewpoints, but they act on different levels.

A festival creates a new outlook on the world, and it’s no coincidence that Olio Officina festival has led to a new direction being taken, a sort of Nouvelle Vague of olive oil. We have even shone a light on the concept of “democratic olive oil”, shifting our focus away from elitist extra-virgins, and more towards the average end of the spectrum where the olive oil is of reasonable quality, a people’s oil, aimed at everyone, available at an affordable price, with no distinction of class, religion, political conviction, country of origin or skin colour.

Olio Officina Festival was conceived as a workshop of ideas. The event is spread over three days, occupying an entire building with its halls and its cloister, but it also goes well beyond the festival itself, extending throughout the year, with intensive editorial processes, an itinerant series of meetings and exchanges of viewpoint.

I have always believed that thinking lends substance and structure to the economy. Because we’re always on the lookout for new ideas, new outlooks. Without thought, everything would be reduced to little more than a commodity.