A glass of good wine can help

In the past, wine was refused to young people, because it would only serve to add “fire to fire”, and this “burning energy” would only hinder them in everyday life. Plato too believed that boys should abstain from all use of wine until they reached the age of eighteen. Nowadays we all agree that drinking with moderation is the best solution. 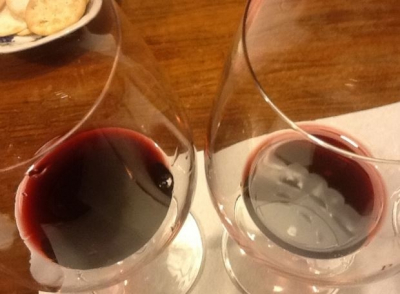 Moderate and regular consumption of wine never did any harm. Some may not agree, especially those teetotallers who launch fiery crusades against alcohol, but I am truly convinced that a glass or two of wine, as well as giving us great joy and delight, will always prove beneficial to our organism.

Wine is the ideal complement of a meal, but can also be savoured alone, just for the pleasure of it. If we follow a lifestyle inspired by the celebrated “Mediterranean diet”, in which wine plays a key role, this beverage should always be present on our table.

Wine is universally known as the drink of the gods, which then Bacchus donated to Man, and it is easy to understand why: there is something fascinating, even divine, about the way that luscious bunches of grapes can turn into something new and completely different.

Wine has now become an integral part of the culture and cuisine of every population around the world, not only in the Mediterranean region. Inevitably, it features in countless saying and anecdotes. Indeed, a collection of quotes on wine would fill volumes and volumes. Despite all this, wine has not always been viewed favourably. Many believe that it is a health hazard, and the heated debate between these two contrasting positions seems to never end.

Our diet regime is extremely important. In the past, Man always tried to eat following the rhythmic pattern of the seasons; religious communities in particular would lay downs strict rules that would help find some sort of a balance between nutrients, taking into account the age and sex of the consumers. Wine consumption was also strictly regulated, and it was not by chance that it was only served undiluted to adults, the members of the so-called “consortium of the elderly”.

Wine was forbidden to those deemed too young, because it was believed that it would only add “fire to fire”. This excess of burning energy was not exactly appropriate for their everyday life. Plato too claimed that one should never drink wine before the age of eighteen, because it was totally unnecessary.

The celebrated Seneca encouraged moderation: modicus sibi, medicus sibi. And he was utterly right. The teachings of these philosophers had a great influence on the famous Schola Medica Salernitana, the world’s first medical school, where the importance of defining and following a healthy, frugal diet was greatly stressed. On the same wavelength was the diet of the Camaldolese monks, dating back to the year 1000. Their regime provided for an alternation of different types of food, and was mostly based on cereals, eggs, fresh fish, legumes and vegetables.

Wine was considered the ideal complement of food. The “body machine” was kept under constant observation, and although there were some points of divergence between the various schools of thought, much attention was always devoted to the human body and its needs.

Ingrained habits were often interlocked with “medical” theories, so more or less everybody agreed on one fundamental principle, that is to say that a lifestyle based on moderate eating and drinking is a healthy choice, from which both body and soul benefit extensively. From the dawn of civilization, there has always been a strong bond between food and wine. If we compare ancient precepts and beliefs with the results of the most advanced and detailed scientific investigation, we can see that a glass of good wine, and moderate drinking in general, not only does us no harm, but is actually considered good for our health.