A wreath of olive branches on the UN flag

Did you ever notice that the emblem depicted on the flag of the United Nations, in white on a light blue background, includes olive tree branches, symbolizing peace? 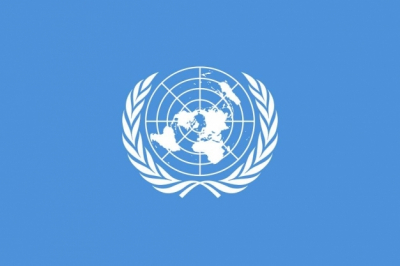 The flag was officially adopted on October 30, 1947. We are so used to it that we often fail to notice its emblem, which includes a wreath of olive branches.
The olive branch is the most evoking and universal symbol of peace, whereas the world map symbolizes all its inhabitants.

The official description of the emblem is the following, published in the Report of the UN Secretary-General on October 15, 1946: “a map of the world representing an azimuthal equidistant projection centred on the North Pole, inscribed in a wreath consisting of crossed conventionalized branches of the olive tree. The projection of the map extends to 40 degrees south latitude, and includes four concentric circles”.

As regards the colours, there have been some changes since 1945. The original back colour of the flag was smoke blue and the emblem was in gold. These are now in light blue and white, respectively. White and blue are also the official colours of the United Nations. 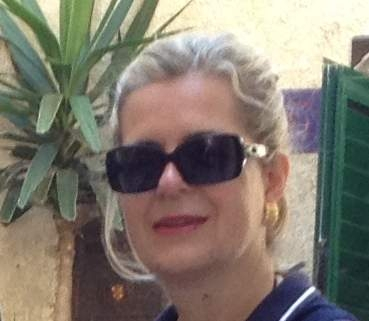