This book, the latest by Luigi Caricato, is printed by Mondadori, the most important publishing house in Italy. This illustrated volume analyzes Italy region by region, and also contains a chapter devoted to the 100 most representative oils of our country. The atlas was first launched at the 2015 Olio Officina Food Festival in Milan and will be released on February 1st 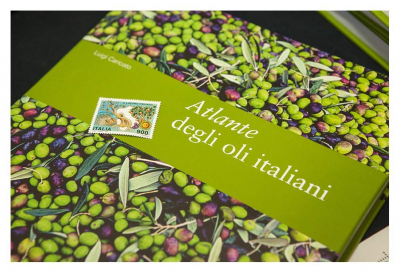 The event took place on Friday January 23, 2015, during the fourth Olio Officina Food Festival, in the ancient Palazzo delle Stelline in Milan, Italy.

It was the very first launch party for this book, an illustrated atlas of Italian oils. The Atlante degli oli italiani, by Luigi Caricato, published by Mondadori, will reach Italian bookstores on February 1st. This book however deserves to be translated and sold outside our country, because of its complete and exhaustive overview of the topic. 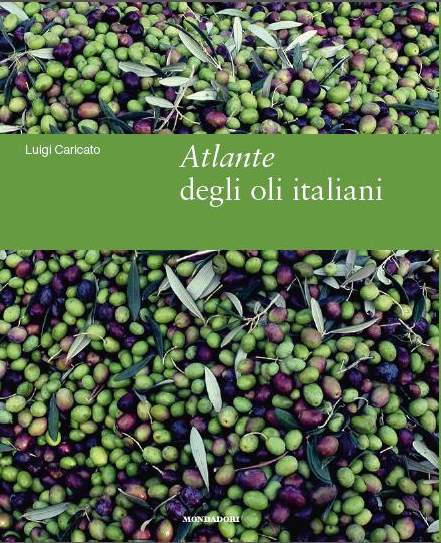 Talking to the author were anthropologist Ms Daniela Marcheschi and the philosophy of language researcher Ms Rosalia Cavalieri. Though they are eminent scholars in their fields of knowledge, they have no affiliation with the world of oil, and can only be considered oil enthusiasts.
“It was my wish that the persons presenting my book would not be linked to the olive oil sector, because this is a wide-ranging book that analyzes in depth the history of oil and its geography, with the aid of maps and charts” declared the author.

As the back cover claims, Italy is a country founded on olive trees and oil. If you thing this is an exaggeration, your doubts will be cast away after reading this fascinating book, which is not targeted at a restricted elite of specialists, but like olive oil can be appreciated by everybody, and for this reason has gained so much popularity in recent times.

Indeed, the consumption of olive oil has increased greatly in Italy, and is no longer restricted to the upper classes. The author, Mr Luigi Caricato, takes the readers by the hand, leading them around the entire Italian peninsula, no region excluded, to the discovery of many new or little-known aspects of the world of oil. It therefore becomes clear why a people has identified itself in a plant, the branches of which feature in the emblem of the Italian Republic.

“Just like Atlas, the mythological giant – states Rosalia Cavalieri – Luigi Caricato has taken upon himself to divulge the culture of olive oil, and this is both an honour and a great responsibility, if not a burden, not only metaphorically speaking ”.

“A book such as Atlante degli oli Italiani – declares Daniela Marcheschi – is a textbook of history and geography, a work of great impact, because it reveals key aspects of a “material” culture, and gives lustre to Italian culture, its author and publishing house”.