To celebrate the Second Life concept, Natuzzi Italia entrusted artist and designer with an evocative and evocative installation in the courtyard of Palazzo Durini Caproni di Taliedo, which houses the brand's Milan showroom. The ideal goal is to involve all visitors in the spirit of the Circle of Harmony, a crossroads of experiences, suggestions and creative blending 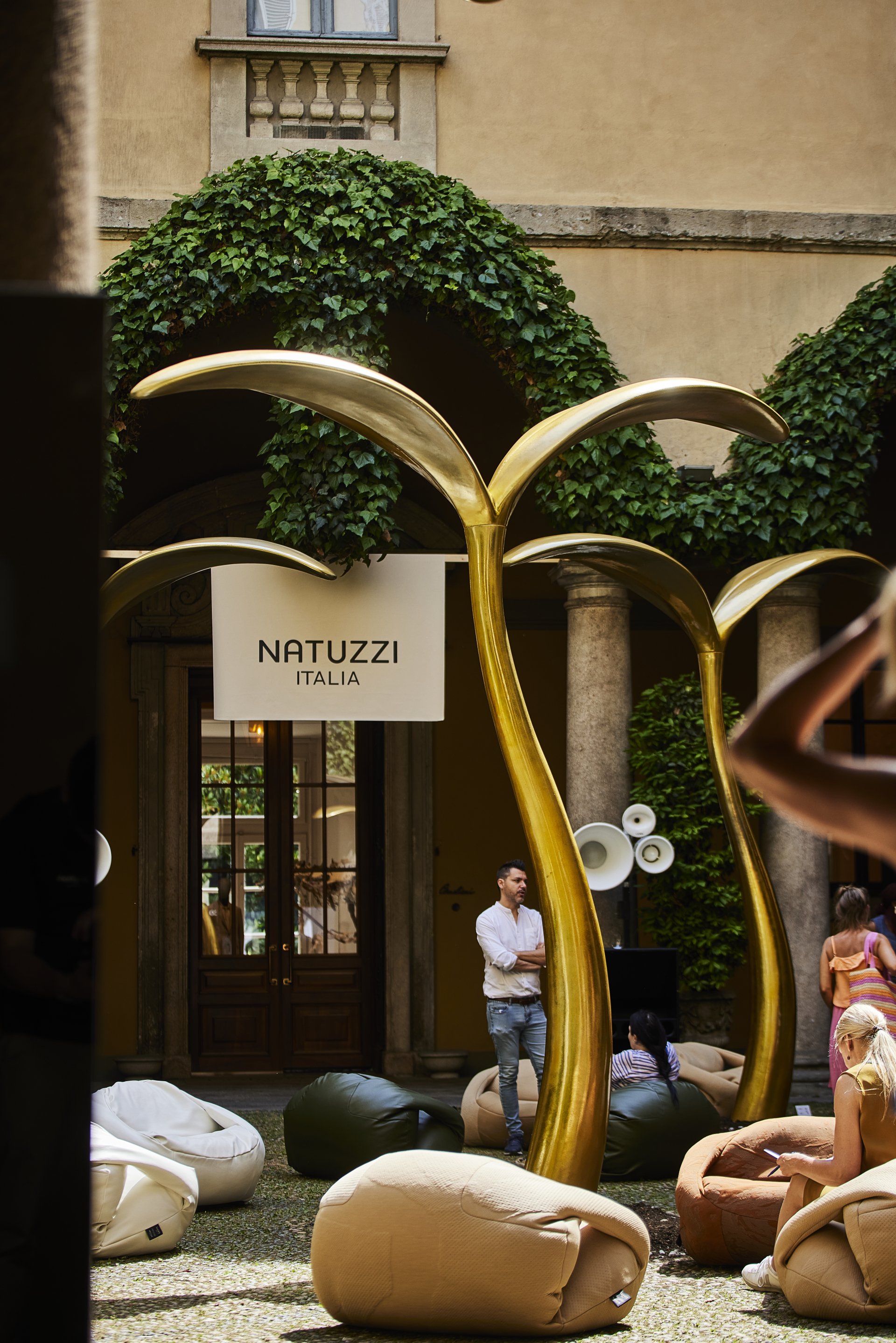 Starting from the idea of rebirth and wanting to emphasize the close bond that today more than ever unites us to nature and the environment, Marcantonio decided to transform one of the most significant courtyards in the center of Milan into a fairy-tale world in which giant olive tree sprouts sprout from the pavement, or rather, from the earth.

"The sprout is something perfect, it represents the birth of something new and is a symbol of positivity," says Marcantonio. "I imagined giant, outsized sprouts to remind us of the power of nature compared to which we are like little ants."

Featuring a mirrored golden surface, the giant shoots (about 4 meters tall) reflect sunlight, imitating nature on the one hand, and classical and Renaissance decorations in which plant elements evoke life and rebirth on the other.

"The buds I represented are those of the olive tree, a tree symbolic of Puglia," Marcantonio continues. "Its wood is precious, it is strong, its fruit is an emblem of fertility and memory for all the countries bordering the Mediterranean and creates a unique cultural bond between them." 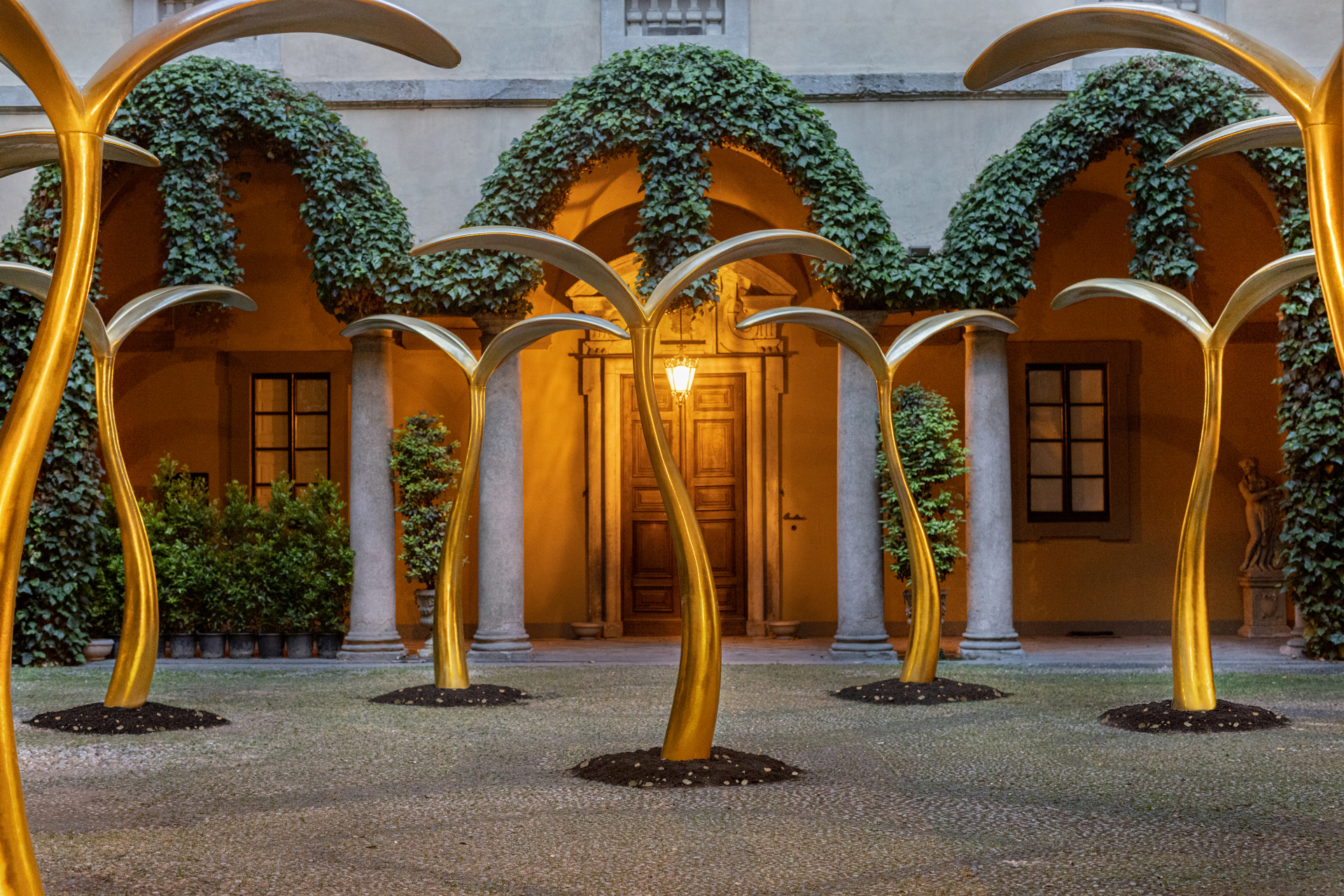 Sprouts represents a tribute to the union between man and nature and, at the same time, shines a spotlight on an urgent problem that grips olive groves in Puglia and needs incisive action: xylella. In fact, this infesting bacterium causes major problems for olive groves and threatens to jeopardize crops throughout Europe.

Starting from the idea of rebirth and to emphasize the close bond that now more than ever connects us with our environment, Marcantonio envisaged transforming one of Milan’s finest courtyards into a fairytale world where from the floor (or rather, from the soil), sprout giant olive shoots. Germogli is a tribute to the rebirth of nature.

With its huge golden leaves sprouting from the floor, the art installation turns the spotlight onto the Xylella epidemic, which is plaguing olive trees across Apulia and threatens to ruin harvests all around the Mediterranean. In order to provide support for research, the artist conceptualized the idea of giving a second life to dying olive trees affected by Xylella.