Exactly: a spoonful a day makes us more pleasant, but only if it is olive oil. Trust Nobuo Nishimura, Japanese author and editor. Back in 1964, when it was still virtually unknown outside our country, he organized a course on Italian cuisine for Japanese chefs and teachers. 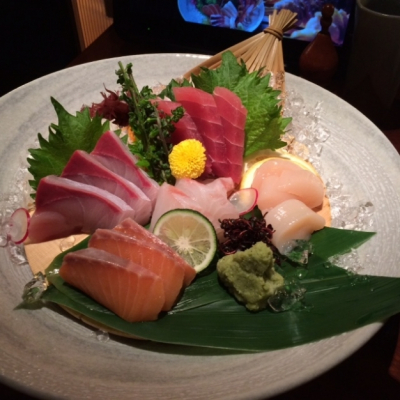 He was only a boy when he came in contact with Italian neorealism. De Sica, Rossellini, Germi. Young Nobuo Nishimura (born in 1933), while attending high school devoured rice and “Sciuscià”, “Paisà”, “Ladri di biciclette”… all the greatest films of that time, all in Italian, subtitled in Japanese. He fell in love with Italy, and for this reason decided to study Foreign Languages at the University of Tokyo. He got his degree in 1956, and started to teach English, but soon afterwards, in 1959, decided to open a small publishing house, called Italia Shobo, which only closed down in 1972. In 1964 he also organized a course on Italian cuisine for Japanese chefs and teachers in Ostia, near Rome. That year, Nobuo was also able to fulfil his dream of visiting Italy thanks to an expedient that is perhaps more typically Italian than Japanese… he tells me the story in the library of his new publishing house, called Bunryu, where, surrounded by a multitude of books on our country, there is also an Italian restaurant. 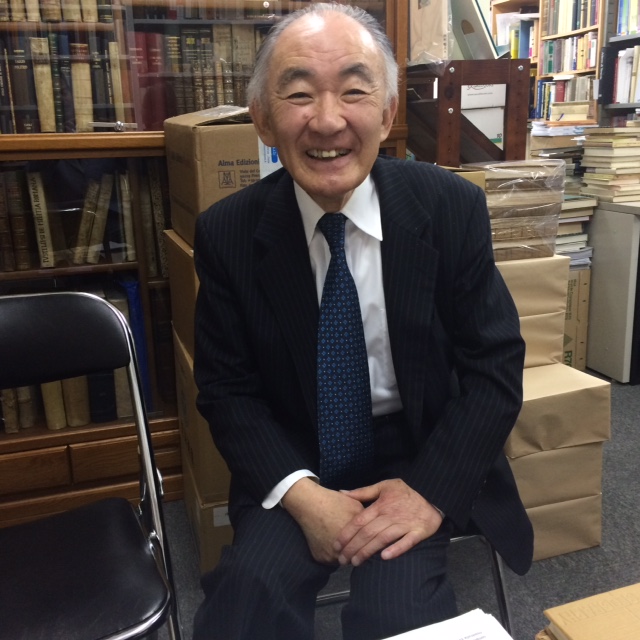 What happened back in 1964, Professor Nishimura?
Okui san, a Japanese businessman who produced swords and knife blades, decided to establish a pasta factory in Tokyo and therefore had to purchase a “pasta-machine” in Italy. He obviously needed an interpreter, so I applied for this job, despite not being qualified.

How do you mean?
I was not fluent in Italian, and was not ready for this job, but I was just dying to go to Italy. In those days, not only was the cost of a trip to Italy prohibitive, but it was almost impossible to get a visa. For these reasons I volunteered for this post.

And what happened?
Everything was going more or less smoothly until Okui’s visit started to raise so much interest that RAI, the Italian state television, decided to do a piece on him. My boss obviously asks me to be his interpreter, and since I couldn’t make out a word of what the journalists were saying, I just improvised… (Professor Nishimura bursts out laughing, and his laughter is contagious). Luckily for me Okui san – who sadly died soon afterwards – was very understanding, and when he discovered my scam, quickly forgave me. We became close friends, and he helped me set up a magazine devoted to pasta. I was the person who introduced the word “pasta” into Japan, using it in both my dictionary and encyclopaedias. Before then, nobody used this word, but the more generic term “macaroni”.

Could you please tell me something about the Italian-Japanese dictionary?
This was something that didn’t exist at that time, and I worked on it, together with my now deceased colleagues, for many years. It was first published by Shogakukan in 1982, and a second edition was printed in 1998. After its publication, great changes took place in the cultural relationships between Italy and Japan. I consider myself a pioneer promoter of Italian culture in Japan, and I am proud of my role.

You were invested Knight of the Italian Republic and received a silver medal for merits in the fields of education, culture and arts from an extremely popular President, Sandro Pertini. You were awarded the International Caterina de’ Medici prize by the association of Italian chefs. You even founded a school of Italian cuisine for Japanese chefs. Why all this interest in food?
I believe that a good meal is the cornerstone of good health, as stated in my latest book, “Anecdotes on Italian culinary culture” (Bunryu). Moreover, by promoting Italian culture, and its cuisine in particular, I have contributed and still contribute to improving the relationship between these two countries. Pacific cohabitation is the result of a deep knowledge of each other’s culture. My cookery school was established in Siena in 1987, but we later moved to Lucca. In those years, I had the opportunity of getting to know Italy better and better. I taught Japanese at the University of Venice, organized various oeno-gastronomic events, translated the Codice della pasta (The pasta code) by Vincenzo Buonassisi, various works by Leonardo da Vinci, and published countless anastatic copies of the most important books on Italian cuisine. (Indeed, the Bunryu library is full of precious books on this topic, including a stupendous 16th-century cookery book by Bartolomeo Scappi, who was Pope Pius V’s “secret cook” [Ed.]).

Tell me something about the Italian-Japanese cherry tree association. Have you got anything to do with it?
It is a beautiful project held in Tuscany. Young cherry trees are given to a variety of town councils, so that they can be planted and make the people living there appreciate both their beauty and an important aspect of the Japanese soul. All this is done within the framework of intercultural exchange between our two countries. The chief promoter of this initiative is Mrs. Junko Watanabe, president of an association of which I too am a member. We set up a nursery in Pistoia and many of our trees are now growing both in Tuscany and outside its boundaries, for instance in Bologna, Parma and San Marino. Sadly however, President Napolitano, to whom we offered some trees, never replied. I was both surprised and sorry.

The theme of the Expo currently held in Milan is “nourishing the planet”. What is your opinion of this?
I think that it is an excellent initiative and I am really sorry that I won’t be able to go there. Nowadays, I tire easily, and long trips by plane are too much for me. I do believe however that Milan will excel as usual, and that all the countries in the world will exploit this opportunity to promote their products. And improve international relations, under the banner of a more humane and sustainable agriculture.

What do you eat, Professor Nishimura, Italian or Japanese dishes?
Like the rest of my family, I eat Japanese at home and Italian in my restaurant. Both cuisines are excellent. (As regards the restaurant, I can bear witness to this, having had the pleasure of savouring a dish of spaghetti with carpet shell clams and “sarde a beccafico”, sardines resting on a thick slice of sugar beet that pleasantly enhances the bitter-sweet tang of the dish).

What is your favourite Italian dish?
Pasta with sardines. I will never forget the one I ate in Palermo. Nowadays however I prefer fresh pasta – (he laughs) – I am starting to have problems with my teeth…
And your favourite Japanese dish?
Sushimi, without a doubt.

What is your relationship with olive oil?
Oh, I am utterly addicted to it. As well as an excellent dressing, olive oil has extraordinary nutritional properties. I always have at least a spoonful of it a day. I follow Hinohara’s example: this famous, extremely popular Japanese doctor, who is over 100 years old, recently revealed on TV that the secret of his longevity and clarity of mind is a spoonful of extra virgin olive oil every day, as well as lots of fruit.

In these days of religious fanaticism, if we consider all the blood that is shed in the name of monotheistic religions, we cannot help thinking how Buddhism and Shinto, religions devoid of a Creator, make human coexistence easier. Are you religious?
I am agnostic, but I have a deep respect for the Catholic religion. One of my dearest friends was a Catholic priest who didn’t hesitate a moment to sell his house, to help me in my dream of setting up a cookery school in Siena. He was an intelligent, respectable person who never tried to convert me. We were great friends and respected each other completely. I am not an orthodox Buddhist, but every morning I say a prayer for my forefathers and it’s as if a germ of Buddhism were hidden deep in my soul.

What advice would you give a young Italian who wants to move to Japan, or vice-versa?
I would advise him or her to study, extensively and thoroughly. Understanding other people’s culture is the only way to overcome barriers. This is why I hope that somebody will complete my work. Currently, there is no Japanese-Italian dictionary. I hope it will soon see the light.