The human dimension of oil

According to an illustrious Italian anthropologist, olives and their oil are not only “fruit” of the land, but over the millenniums have become symbols of many key aspects of the life of Man. 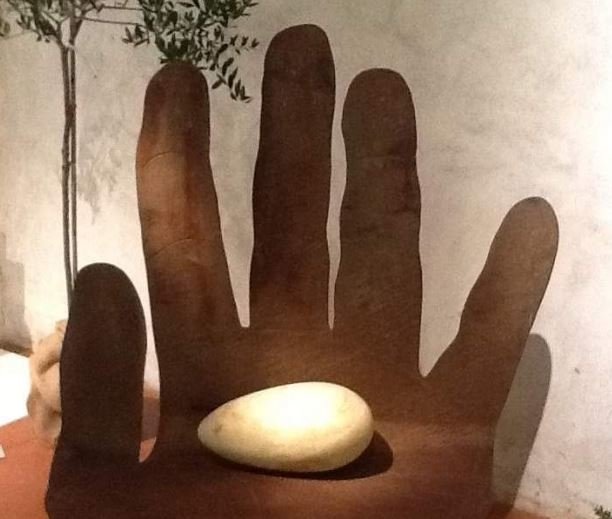 There is a difference between cultivation and agriculture.
Cultivation, by definition, simply describes the act of taking care of plant species, watering and propagating them. It is an activity that does not necessarily imply an agricultural-based economy. Anthropologists believe that cultivation came before domestication, namely the process of modifying the genetics of crop species (together with livestock breeding, production of pottery and stone tools...) which developed throughout the Neolithic era. Agriculture on the other hand, characterized by the use of plough and draft animals, is an organized system in which food is produced from the plants cultivated by Man. Both cultivation and agriculture contributed to establishing a new relationship with the environment and modifying the existing cultural landscape.

Cultivation had two important consequences. Not only did it give rise to a variety of propitiatory and religious rituals aimed at attaining benefits, or in other words, abundant harvests, but it also led to the sex-based division of labour, which affected extensively the society of that time [from Dizionario di Antropologia, by U. Fabietti and F. Remotti, Bologna, Zanichelli, 1997].

The cultivation of olive trees (and hence, its transition from wild type to a domesticated form) and production of oil, activities typical of the Mediterranean regions are one of the best examples of that fundamental and complex exchange and interchange of knowledge and know-how that characterized the development of human culture. In other words, it is “the human dimension” of an activity, which can lead to great scientific, moral and material conquests, causing no damage, but producing instead benefits for the community, and blending harmoniously with nature for a long period of time (and indeed, olive trees can live for various centuries). For these reasons Muslims consider the olive tree as the world axis: in the Quran it is described as “blessed”, for it is the great tree in Heaven beneath which true believers and martyrs are welcomed.

Since it not only produced nourishment for the body but also other benefits – its oil, used as lamp fuel, could generate light, or improve the performance of moving parts, when acting as a lubricant, or even help keep fit (by increasing muscle elasticity, for instance, or purging the intestine) – the Ancient Greeks believed it to be the tree of Athena (according to legend, the first olive tree originated during a dispute between the goddess and Poseidon), and likewise, the Ancient Romans considered it sacred to Jove and Minerva. In those days, whoever damaged the olive trees growing in the plains of Eleusis was severely punished.

Athena was the goddess of wisdom and knowledge; her symbols are therefore the owl and the olive tree. She was often given the epithet Pallas – defender – because she was the goddess of prudent warfare, conducted only for fair and justified reasons of self defence. Hence the olive branch symbolized peace, as reiterated by Dante: Flock round a herald, sent with olive branch [Purgatory, II, v. 70].

The olive tree soon became synonymous with mercy, pity and light, because it symbolizes industrious peace as well as intellect and reason, which can shed light on all that is obscure, including the dark forces sparking war.

In the light of this, the true value and drama of Ulysses, a protagonist of the myths surrounding the war of Troy, emerges with even greater clarity: this is the man who feigned madness to avoid going to war, who did everything in his power to return home, so that he could embrace his bride Penelope once again, at the end of his odyssey, in the chamber built around the bed he had carved from an olive tree.

In the Bible, the dove bearing the olive branch announces the pardon and peace of God after the great flood, and a new beginning.
Oil - one of the most ancient food products manufactured by Man – has accompanied us throughout the millennia, and has therefore acquired a variety of symbolical meanings: prosperity, brotherhood, but also the immense power of the Lord, and purification, just like the primeval, lifeless waters, from which all thing and beings emerged.

Oil is used for anointing (kings, in the past, such as King David, whereas now it is used for priests and the recipients of religious Confirmation). Through this rite, the recipient is consecrated to a sacred task, “sacred” in the sense that it projects the appointed person into a higher dimension, between earth and sky, where there is a place for him or her, as individuals, the others, as a congregation, Nature and History, i.e. our past, present and future, and all the relationships existing among these elements.

Oil also consigns Man into the arms of Death – hence under the banner of mercy and forgiveness, because in the Catholic Church it is used in the sacrament forgiving all sins.
Jesus is the “Messiah” (from the Hebrew Mashiach), literally, the Anointed, so-called both because he was baptized by St. John, who opened up a new life to him, and because he has a mission to accomplish. “The spirit of the Lord is upon me” he proclaims in Luke, 4:18. His cross is an emblem made in olive and cider wood, according to the legend: the symbol of the divine mission he received and then entrusted to Man with his resurrection. Jesus is an example of the power of God, but also God himself and the Son of God. He is the person devoid of all sins, who delivers us from evil thanks to his sacrifice: the Agnus Dei qui tollit peccata mundi. It is for this reason that he goes to the Mount of Olives – sometimes referred to as “Olivet” – in Jerusalem: it is in the Garden of Gethsemane (literally, “Garden of the oil-press”) that Jesus goes to pray, and here he was arrested and put on trial, and his Passion thus began.

It is also worth mentioning the catholic rituals held on Palm Sunday, namely the blessing of the branches, or the “blessed olive tree”. These rituals announce resurrection and rebirth, the power that triumphs over death.

Olive trees and oil are therefore not only “fruit” of the land, but over the millenniums have become symbols of many key aspects of the life of Man. Believers and non-, if we deprive ourselves of all hope for our fate, and cannot get up and help others rise back on their feet after a tragedy, we deprive ourselves of the possibility of defeating any type of death, or of starting over again and building a new life. 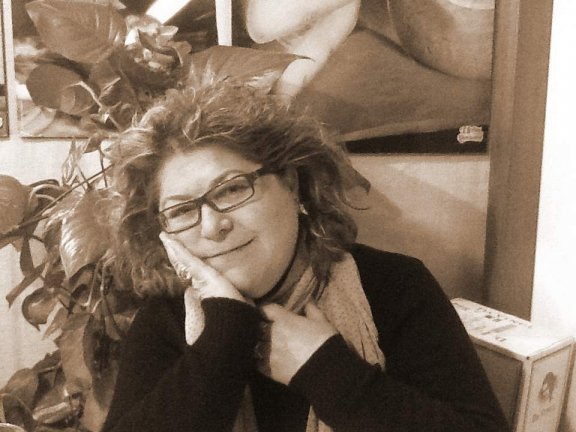