Not only the Mediterranean cuisine but probably also the Mediterranean culture would not exist without olive oil. Together with wine, it is the product that best represents our identity, and has done so for a number of millenniums. The olive tree and the oil it gives are the symbol of our highest aspirations: the tree’s trunk evokes strength and steadfastness, its leaves diversity within unity (when dancing in the wind they reveal the two different shades of green of their upper and lower side), and its oil complexity and elegance. Even a certain ingeniousness. Although simple at first sight, we immediately discover that even a drop of oil can raise a simple piece of bread to new heights. Likewise, when wisely dosed, it accomplishes the miracle of giving a touch of lightness to dishes that are too sophisticated or full of themselves. In a way, this is another typical feature of Mediterranean culture: the ability to converse with anybody, making everybody give the best of themselves.

However, while Bacchus at a certain stage opened his coffers and treasure chests, the gods of olive oil (the Jewish Lord, though originally it was Seth, according to some, Isis according to others; Athena in ancient Greece) were more jealous of their secrets. It is for this reason that nowadays, wine is even made in California, but olive oil is still a prerogative of the Mediterranean people, and this only increases its value.

When I am abroad, I always look for restaurants that serve olive oil. Often, this is not that easy. The richest cuisine, without olive oil, is only a meaningless display of opulence, like the sad, attention-seeking behaviour of those ladies who go into society overly dressed and dripping with diamonds. On the other hand, no dish is too poor when there is a bottle of that precious, emerald fluid at hand. If true nobility is that of the soul, olive oil, caressing one’s palate, is one of its best expressions. 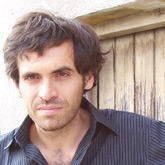