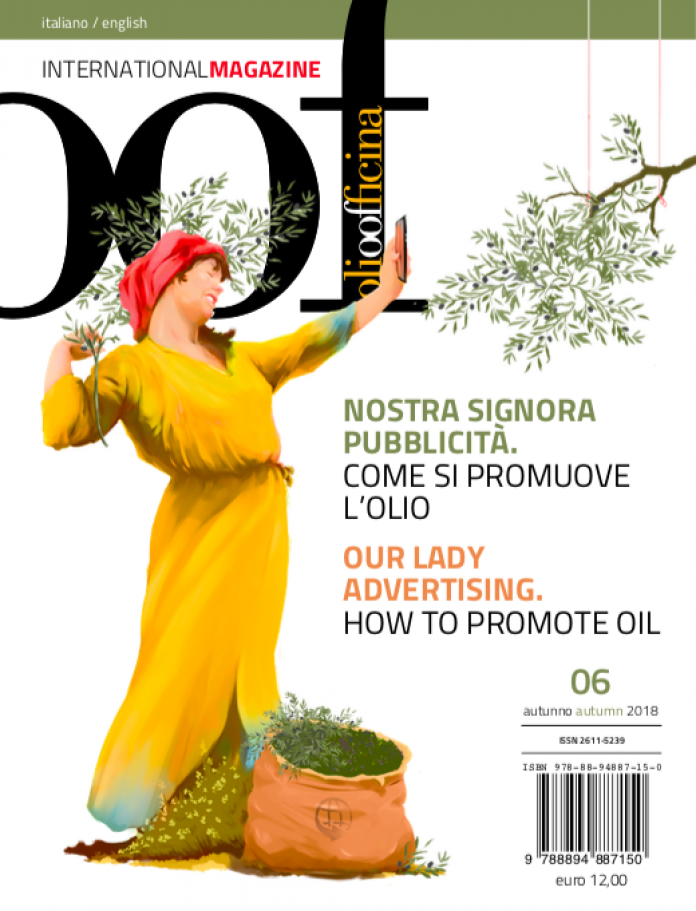 There’s a lot more to advertising than thinking up a slogan and filling a blank space. It’s the search for someone to interact with, someone who’s ready to understand what is special about us, about what we do or what we make.

If advertising were merely a slogan, it would be seductive and appealing in itself, but not fully effective at getting across themessage.

Rather than being just one of the many communications possible, the promotional aspect is themessage, thecommunication we want to be concentrating on, that we want to get across to a specific audience – not just to anyone out there, but a message with a clear logic behind it.

The world of olive oil very rarely takes up advertising space. Even when it does, it often does so poorly, without using the right tone, without speaking directly to the most appropriate person in the most opportune fashion.

The olive oil sector gets stuck in the past and in tradition, because it doesn’t actually know what, how and when to communicate. It doesn’t have any genuine innovations to impart, but instead comes out with a series of truisms, without managing to find a new form of expression to recreate or breathe new life into a raw material that is in itself ancient and yet also marginalized and peripheral, less attractive than a broader, more complex food-related project.

Other foodstuffs, especially those which can be combined with each other, are far more appealing. All their complexity – and the charm which derives from that – is clear to behold. Someone needs to come up with something original, to start occupying spaces, even alternative ones, making a clean break with the past, in unusual and novel ways.

Advertising space doesn’t just need to be purchased, but rather created using our imagination and a methodical study of the context in which we are working, studying the audience we want to talk to. If the spaces are going to be efficiently occupied, with the right words, the right images, we need to regard them as an extension of our own identity.

When it comes down to it, we advertise what we are, the fruit of who we are and what we do, a concrete expression of what we produce. Advertising bases itself on something concrete, and if what is behind it is little more than an empty shell, then there is no way to achieve one’s aims.

Having said that, there are some successful case studies, though it has to be said that many olive oil producers give little credence to advertising, turning their noses up at it, sometimes even refusing it outright, wrongly regarding it as non-essential, a minor balance sheet item. And then when they do finally get round to doing it, they sound unconvincing, because they’d been reluctant right from the start.

But olive oil needs to come out into the open, break with routine, make people’s acquaintance, get them to understand, perceive and experience it from an alternative standpoint.

If we can think outside the box, olive oil can become a rock star, but we need an Andy Warhol to rip up those clichéd images, fossilized in a tradition that carries on repeating itself from one year to the next, like a tired old uncle.

The editorial signed by Luigi Caricato is an excerpt from the sixth issue of the quarterly paper magazine OOF International Magazine. Buy the fifth issue of the magazine or subscribe HERE.