The CBS report, with all its clichés and stereotypes

Even the American Oil Chemists’ Society (and this is by no means a negligible thing) devoted an article on the “60 minutes” report on oil televised by CBS. I saw it. It was full of the usual stereotypes on Italians, who, it appears, can only communicate by screaming at the top of their voice and gesticulating wildly, go around tossing fish at each other, gorge on food and are always ready to make a quick penny as soon as they have the chance.

I wasn’t surprised to see that just like we sometimes equate Americans with boorish cowboys, they consider us just a bunch of unreliable Mafiosi. Both equations are grossly wrong, but programmes such as this one do nothing to disprove it.

The report aired by CBS portrays Italians as jovial, happy-go-lucky people who are slightly obsessed with food, and when they go to the market, they touch everything that is within their reach, talking at the top of their voices and waving their hands wildly in the air. The exact opposite of what happens in the spotless stores and supermarkets in the US (a country we imagine full of boorish cowboys).

The officer interviewed in the programme almost gave the impression that eating in Italy can be quite a dangerous business, full of snares and snags. This is unfortunate, because thanks to him and the many other men and women of the law who routinely control the food sold in our country, Italy has one of the highest levels of compliance with food safety standards in the world. If food scandals are uncovered, it only means that these officers work relentlessly to control what is sold on the market. Sadly, I got the impression that the report conveyed the opposite message.

Communication-related problems are becoming increasingly common. As a pharmaceutical researcher in pharmaceutical chemistry, I cannot fail to notice the countless headlines that every day see the light, news such as “New high-cholesterol gene discovered!” “Obesity-triggering protein discovered!” “Key enzyme for such and such cancer discovered”. If all this were true, by now we would be immortal.
Everybody is to be blamed. On one hand, researchers are often happy to escape from their labs and feature on the media, in an attempt to attract attention and funds (as well as satisfying their ego). On the other, in a world where communication travels so fast, journalists rarely pause to think, and come up with the wildest headlines to catch the attention of the greatest number of readers.

It seems as if every sector of the news has succumbed to this trend, from crime to food, from politics to sports. We have no time or patience, no wish to understand and analyse these issues properly and/or explain what we think or do in a clear manner.

“Studying” has almost acquired a negative connotation. Whoever has the time to study? Bent over our smartphones, how can we study, ponder about what we have read, or seek more information? The truth is that in all fields, progress is slow, and needs the contribution of many, many researchers, hence these eye-catching headlines are quite ridiculous. This is only my opinion, but I believe that sooner or later, the hyper-fast communication bubble is bound to burst.

I have read some interesting papers by sociologists who more or less seriously claim that all this accessible and shallow information will lead to the homogenization of mankind, and that because we will be copying each other’s behaviour, we are destined to evolve at a much slower rate.
Well, luckily the Olio Officina Globe has intelligent and understanding readers (or else they wouldn’t read it!), so there is no need for sensationalism.

I would just like to add something else on the topic of communication: this news agency is not new to publishing things that nobody questions. The day after the news came out about a possible link between meat and cancer, there were articles stating that “the sales of meat have plummeted down 20%”: What? Are you serious? You need at least a week to contact the shops and stores, analyse the sales trends, extrapolate significant data and communicate them. But nobody ever asks for explanations, no journalist scoffs at these press releases and no reader jeers at them. These are the days when communication travels at the speed of light. Are these investigations been carried out at the same speed too? 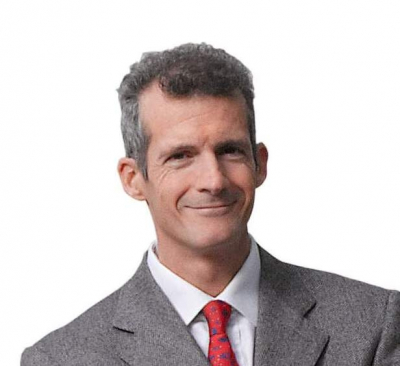