The future is among us 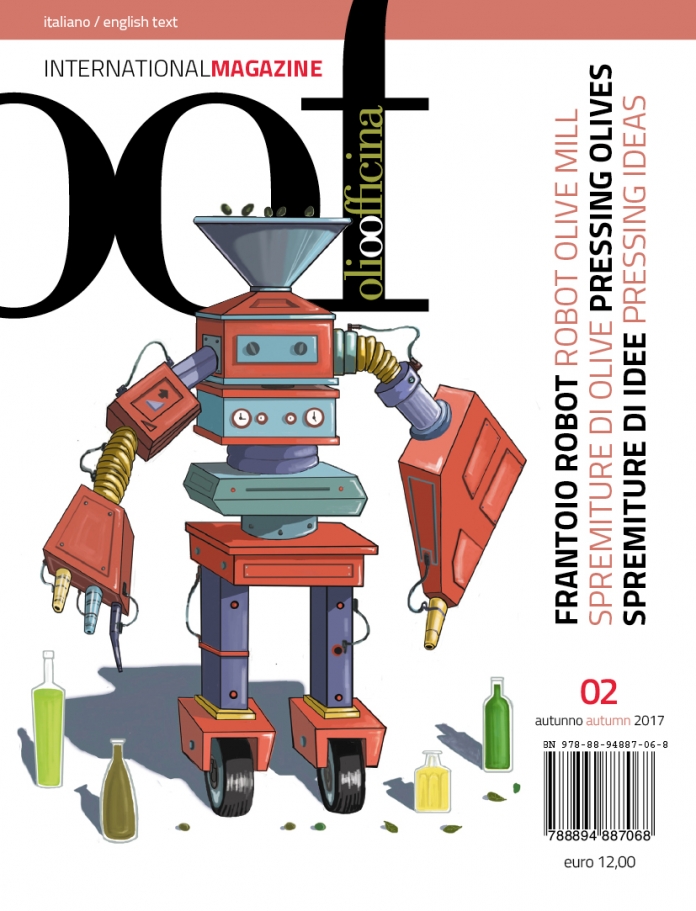 Those who have never met me may think that I have nothing to do with milling art and science, even though I deal with olive oils as a writer and a publisher. The opposite is true. I cannot claim I was born inside an olive oil mill, but actually onto it. Literally. The bedroom my mother gave birth into is still in the same exact location where, downstairs, stone mills are located that were used to crush olives. Since my childhood, throughout many years, I have given my physical and intellectual contribution to the family-run business. Until I got my degree, I was there, every single year, monitoring oil when it was born, hour after hour, uninterruptedly. We also had night shifts, even on Christmas day.

Later, my professional life took me elsewhere and I stopped. Therefore, dedicating the second issue of OOF International Magazine to olive oil mills, and indirectly to millers, is a timely tribute to my roots. For a start, the cover is absolutely unequivocal. It tells about a dream I have had since my childhood. I have always wished robot mills would replace manual labour. Being subversive, I always try to overcome well-established and out-dated tradition. For centuries, mills were defined as “a sangue” (referring to blood), as millers had to make huge physical efforts. Technology, and earlier power, has made the big miracle possible. Today people work joyfully, unless they cannot solve concerns stemming from intricate and wild red tape that has brought producers to their knees, at least in Italy, where Institutions have the calling to pester entrepreneurs.

And then robots have given a sign of hope, after being the great absentee of the theatre of oil. Currently, there are almost two millions of them in the industrial arena. Automation and artificial intelligence are pivotal and extremely beneficial, which must not be neglected. It takes money though, and one has to believe in it. One must not resist novelties.

Considering labour cost is constantly increasing and finding qualified workers is hard, there is no other way to go. A shift is crucial, though. Sectors that are still anchored to tradition, sometimes hyperbolically and nonsensically, not always accept such dramatic changes. This is proved by tenacious resistance shown to the switch from old presses to presses in new extraction systems: old ones are prehistory now. Yet, robotics would change the organization of producers and significantly improve the same performances, by offering new opportunities. One should not underestimate the possibility to have robots performing the most laborious, tedious and especially dangerous actions, while humans would spend more time and resources to obtain olive oil assuring a long life, healthier than it is today and more resistant to oxidation, having more persistent aromas and flavours. This is where we should be heading.

The future is among us, we simply need to foster it.