The Origin of the World 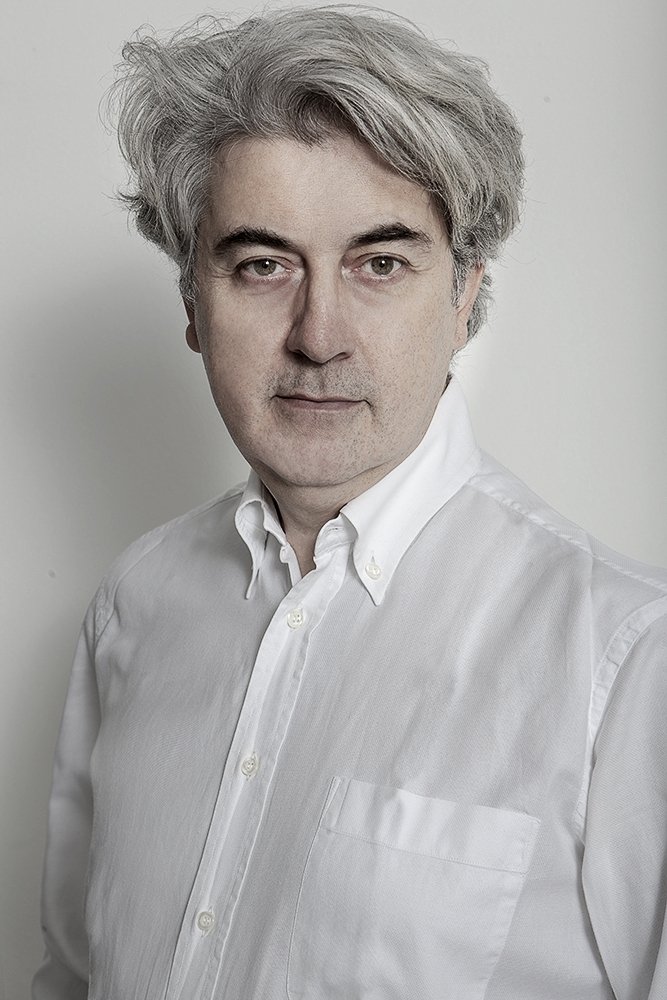 We report the editorial by the director Luigi Caricato which appeared within the number 12 of OOF International Magazine Enjoy the reading.

When everything began, civilization was born. Through the myth of Pallas Athena, the olive tree is its most significant and eloquent symbol. In the dispute between her and Poseidon, Zeus’ daughter wins because she had chosen the olive tree as the most useful gift to the city, a clear sign of her practical approach. The olive tree is quite different from the oleaster. The late Vincenzo Consolo’s book is enlightening in this regard: entitled L’olivo e l’olivastro, (the Olive and the Oleaster), this is a novel I would encourage you all to read.

The Oleaster brings out the wilder side of nature, the Olive the domesticated human touch. For Consolo, the olive tree is the sign of civilization and culture, while the Oleaster represents the loss of self and of the human dimension, in a fate dominated by such ungovernable factors as our beast-like urges and the uncontrolled, sovereign force of nature.

The myth of Athena leads us towards that fundamental step which is the acquisition of civilization, coinciding with the various ways in which the material, social and spiritual life of a community of people unfolds. Everything starts from there. That is why, with Issue 12 of OOF International Magazineentirely given over to a feminine world view, it immediately occurred to me that in order to rediscover the meaning of our civilization, we must necessarily return to our origins – hence, to the olive tree – which is also a way of rediscovering ourselves, of being reborn, or of recovering from a trauma. And the calamitous events that we have all been going through since early 2020, regardless of people or nation, have dragged us down into a state of vulnerability, yearning for some degree of certainty. And the olive tree is one certainty. With the advent of the coronavirus, we have all been subjugated by nature, marking a return to the wild and to the unfathomable. We therefore urgently need to find consolation in the olive tree, and not just on a strictly symbolic level. However, although not everyone is aware of it, the olive tree itself has also been undergoing a devastating trauma. In the Salento peninsula, in Puglia, Xylella fastidiosa has been decimating whole olive groves. The sight of vast graveyards of olive trees troubles our minds, while a once robust economy based on olive oil production is crumbling and looks unlikely to ever recover. In recent years, the damage has been enormous and irreparable, having been culpably underestimated by society and by our institutions, leaving growers on their own to fend for themselves. Xylella is a worry for olive growers all over the world, because the bacterium has now been found outside Puglia and is relentlessly on the march. There is fear, a widespread and alarming fear. So, along comes a concert that restores the order of things. The pianist Beatrice Rana, as if wishing to perform a sort of sacrificial rite, plays a piano made out of olive wood in the midst of olive trees destroyed by Xylella. A symbolic act, a sign of hope, a comforting and auspicious gesture. Music can save the world, even though it may seem scant consolation compared to the unconscionable fate that awaits us, but deep down there is always a sense of hope, to which, even unwittingly, we all aspire. Thus, those notes resounding amid the olive trees both embody and mark a new beginning.

When I came up with the main theme of the tenth edition of Olio Officina Festival – Olive Reborn – this was exactly what was on my mind. And now, that same concern that first haunted olive growers dealing with Xylella now grips us all, because of a virus that is forcing us to face up to a harsh and dramatic reality that we had in no way foreseen. Hence the olive tree, and the focus on this plant so beloved of the gods. In his tragedy Oedipus at Colonus, Sophocles refers to the invincibility of the olive tree: “’the greenish-blue-leaved olive that nor youth nor withering age destroys. For the sleepless eye of Zeus Morios watches over it, and greenish-blue-eyed Athena”. Yes, just like Athena’s greenish-blue eyes, so too the olive tree with its leaves is greenish-blue, a tree that is seen as both thelyand hemeros, feminine and domestic, harmonious and no longer wild. The olive tree is therefore all of this, which explains why we have chosen to feature it on the cover of this issue as the backdrop for the pianist Beatrice Rana in the foreground. For all those lucky enough to be present, this was the celebration of a secular mass, with an indirect reference to Pallas Athena, who with her gift of the olive tree marked the birth of the polis, of a strong, long-lasting city, the driving force behind civil and political life, as well as a privileged place of culture.

Of course some may wonder, in a magazine that focuses on olive oil and, more broadly speaking, on condiments, just why we need to go all the way back to the plant that produced the olives, from which we make the nectar that we now know as extra-virgin olive oil. This was no random decision on our part, but marks a path, an intimate one even, which was chosen specifically to recall a profound sense of our origins, so that everything might return – at least in our own mind’s eye – to where it all began, to what was later to give rise to olive oil. It is also a way of not forgetting, of not disregarding, not belittling, the intrinsic value that the olive tree has in itself, through its very act of generation.

As we appreciate olive oil in our kitchens and at our tables, as we nourish ourselves and enjoy the goodness of its aromas and flavours, we must at the same time strive never to forget where it all comes from: the olive tree.

One image that has always been etched in my mind, ever since I was a child, is Gustave Courbet’s painting, The Origin of the World, because that is where I first came across the essence of everything. And the olive tree, in many ways, is indeed the origin of the world. So whenever we buy an olive oil, let us also be mindful of everything I have written about the olive tree and its inestimable value. Let us look after ourselves, by buying the oil that transported us into civilization. 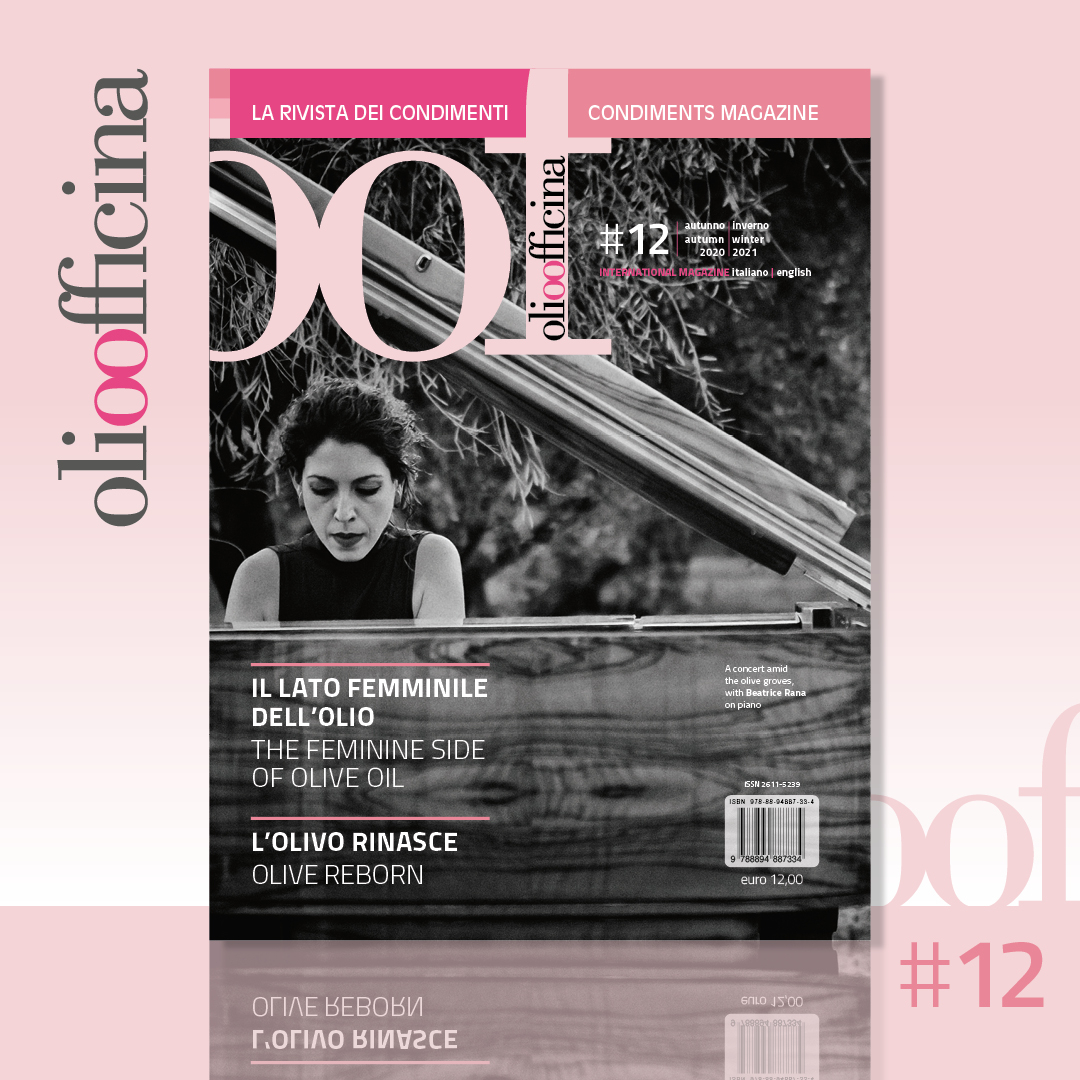