Evooleum 2020, the most influential Guide, is now available

Mercacei Publishing Group has launched the fourth edition of the Evooleum World's Top100 Extra Virgin Olive Oils Guide that showcases the 100 best Evoos in the world according to the results obtained in the Evooleum Awards. A deluxe edition, prologued by the renowned chef Andoni Adúriz (Mugaritz), where the reader can find Mediterranean recipes by 2 Michelin-star-chef Paco Roncero, articles about the culinary uses of extra virgin olive oil, most fashionable olive destinations, the latest trends in the world of packaging and pairings... and more, much more. A unique publication that, thanks to its success among chefs, importers and distributors, has become the most influential worldwide 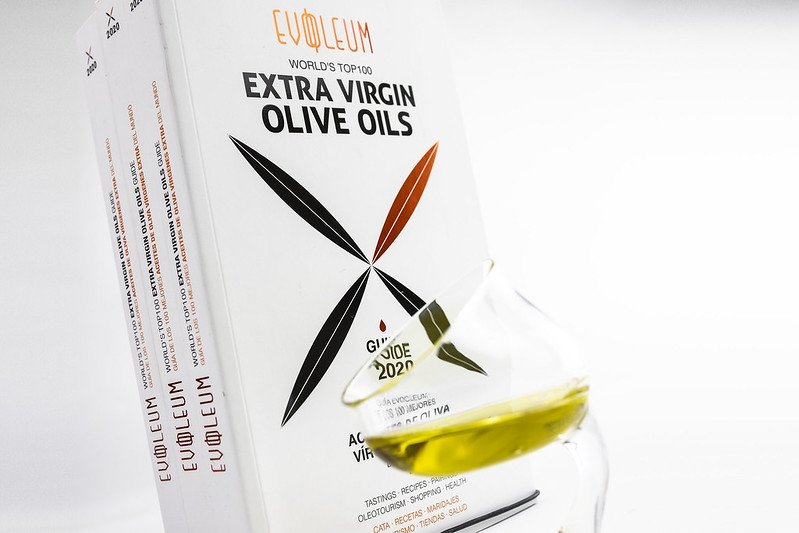 After the success of the previous editions, the Evooleum Guide returns to the market with the World's Best 100 Extra Virgin Olive Oils -EVOO TOP100, recognized at the Evooleum Awards, International Prizes for Quality in Extra Virgin Olive Oil, born as the result of an alliance between Mercacei Publishing Group and Aemo (Spanish Association of Olive Producing Municipalities), two entities with a solid career path in the olive oil sector.

The Guide -published annually, with a circulation of 10,000 copies- includes a complete file of information on each of the 100 extra virgins (organoleptic characteristics, origins of the varieties, geographical location of the olive groves, commercial volume, ... Kosher and Halal Certificates, organoleptic tasting, pairings...), as well as an image of its packaging.

As usual, the Evooleu, Guide will soon be distributed to 2,000 Michelin-star restaurants and those among The World's 50 Best Restaurants, to all importers and distributors worldwide, resorts and gourmet stores with extra virgin olive oil presence. Likewise, it will once again star in an ambitious communication campaign, such as the one carried out in the previous issue, with hundreds of media appearances -written and online press, as well as radio stations- at a national and international level.

Extra virgins from Spain, Portugal, Italy, Croatia, Israel, Greece, France, Japan, Slovenia, Turkey, Morocco, Chile, Jordan, Saudi Arabia, Germany, South Africa, Tunisia and United States have participated in this fourth edition of the contest. The main producer countries and an array of varietals such as the Spanish Picual, Hojiblanca, Cornicabra, Arbequina, Manzanilla, Empeltre or Picuda; the Italian Leccino, Coratina, Frantoio or Bosana;  the Portuguese Cobrançosa, Verdeal, Galega or Cordovil; the Moroccan Picholine; or the Croatian Buža, are represented in this unique Guide that introduces the world’s best Evoos every year; as well as those oils that have won the Evooleum Packaging Awards -Prizes for Best Evoo Packaging, one of the great innovations of this International Evooleum Awards Competition- in the categories of Best Premium Evoo Design, Best  Innovative Design and Best Design in Retail, which has Spanish, Italian and Californian juices among the winners.

The 2020 edition of the Evooleum Guide is full of new features. Prologued by chef Andoni Adúriz, owner of the Mugaritz restaurant (2 Michelin stars and No. 7 in the world), this publication includes more than twenty articles about the art of tasting, the most exclusive resorts in the world of the olive tree, Evoo and gastronomy -with Mediterranean Recipes by chef with 2 Michelin stars Paco Roncero (La Terraza del Casino), the most beautiful stores in the world dedicated to this juice, trends on extra virgin consumption, health, packaging, an olive oil dictionary...

Ultimately, the Evooleum app -for iOS and Android- will soon be available, becoming once again the essential digital tool for Evoo lovers in which its users can consult from any corner of the world the 100 best extra virgins, as well as their organoleptic qualities and the foods with which they best pair.

The opening photo is by Juanma Alvarado