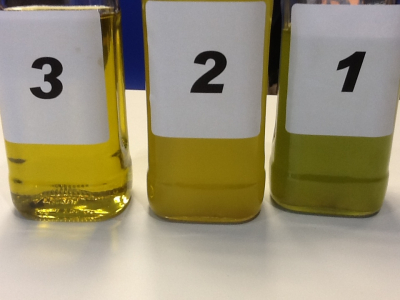 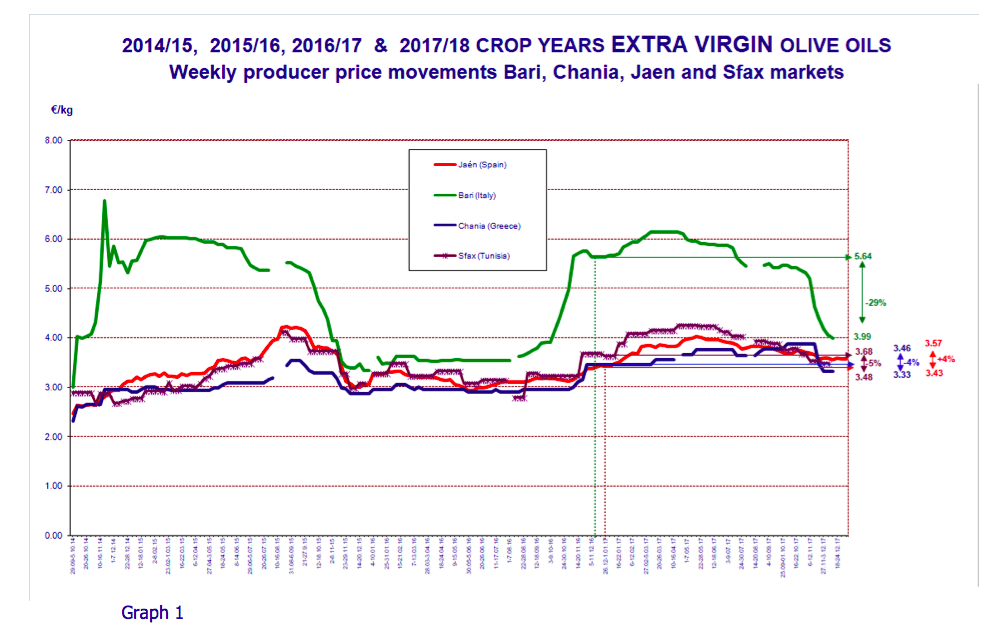 Extra virgin olive oil – Producer prices in Spain have remained constant, standing at 3.57€/kg at the end of December 2017, which is a 4% increase compared to the previous year (Graph 1).

Italy – Prices in Italy have fallen sharply, reaching €3.99/kg at the end of December 2017, which is a 29% year-on-year decrease. Graph 2 shows the monthly price movements of the extra virgin olive oil category in recent crop years.

Greece– Prices in Greece also fell as of the second week in November, then remaining stable over the first two weeks of December to come in at €3.33/kg in mid December, down by 4% compared to the previous year.

Tunisia – Prices in Tunisia, as in other markets, fell over the last few weeks, coming in at €3.48/kg which is a 5% year- on-year decrease. 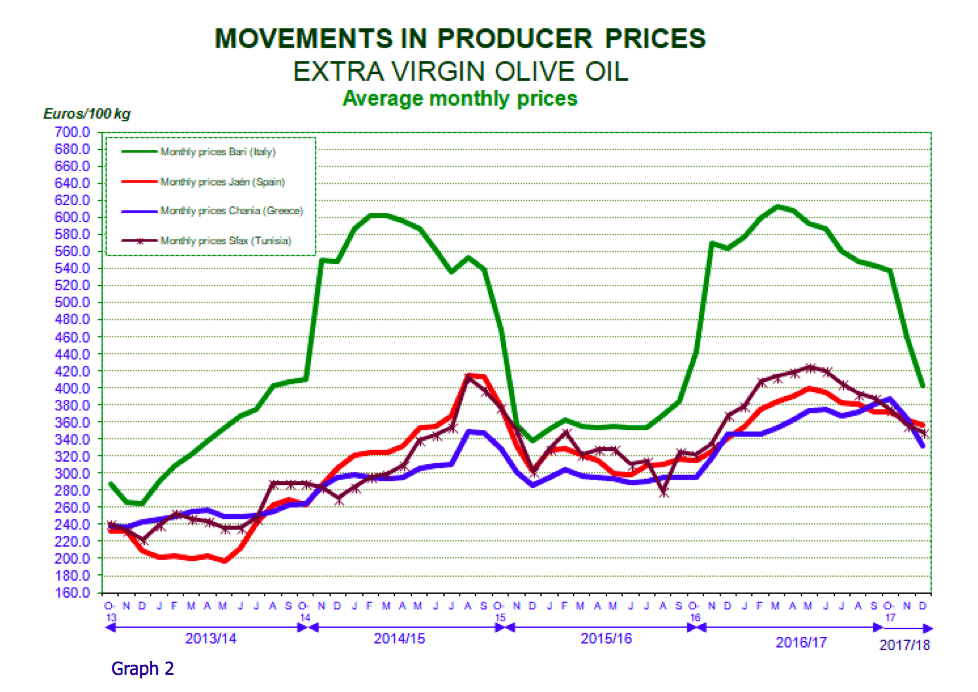