Global conference on the fight against Xylella fastidiosa

From 6 to 7 September, a meeting was held at the Madrid headquarters of the International Olive Council (IOC) to organise the upcoming global conference on Xylella fastidiosa 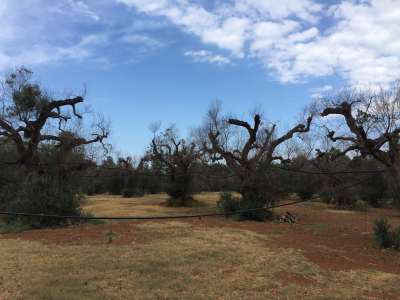 There is an urgent need to gather data from the world’s leading research centres in the fight against this devastating bacterium.

The executive secretariat of the IOC called this preparatory meeting within the framework of the cooperation agreement signed between the IOC and the International Centre for Advanced Mediterranean Agronomic Studies (French acronym CIHEAM). For this purpose, the meeting was attended by representatives from the Food and Agriculture Organization of the UN; one of its specialised institutions, the International Plant Protection Convention; the European and Mediterranean Plant Protection Organization; and the University of Córdoba.

The main objective of the meeting was to create a plan of action for the prevention, control and mitigation of Xylella fastidiosa, including measures aimed at avoiding a block in the exchange and international trade in olive trees. The meeting also allowed attendees to draw up the event programme and decide on the institutions and stakeholders from the olive oil production sector that will take part in ‘Integrated Action against Xylella fastidiosa to Protect Olive Trees and International Trade’.

The executive director of the IOC, Abdellatif Ghedira, presided over the meeting, and the CIHEAM delegation was led by its secretary general, Plácido Plaza. The definitive programme and the exact time and place of the conference will be announced soon on the IOC website. The conference is due to take place in December.