International Olive Council, seminar on the future of the olive sector 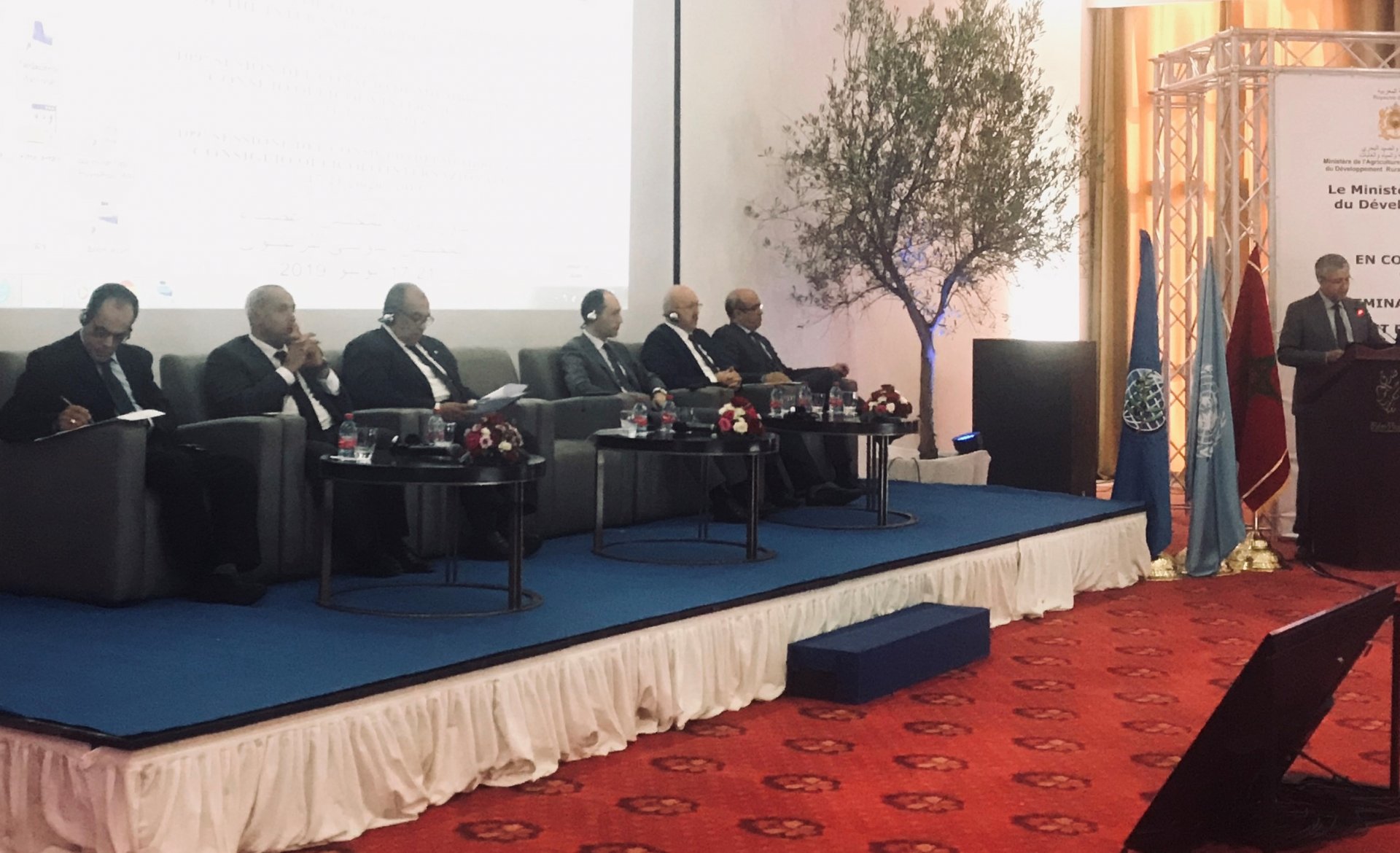 An international seminar was on the programme for the 109th session of the Council of Members on the challenges and perspectives of the olive sector. This seminar was organised by the International Olive Council, in particular the Technology and Environment Unit, and the Minister of Agriculture through the general directorate of production chains.

A detailed study on some of the phenomena currently facing olive growing around the world will be presented at the seminar. Among them are: the use of genetic resources in olive growing; the fight against Xylella fastidiosa; the use of olive by-products to make green energy; improving the quality of extra virgin olive oil; the Mediterranean diet and health; and the role of extra virgin olive oil. The seminar also provides an opportunity to present a study on the new olive varieties produced in Morocco. The Moroccan authorities and representatives of the IOC opened the ceremony (pictured). The technical section of the seminar was moderated by Abdelkrim Adi, the Head of the Technology and Environment Unit.