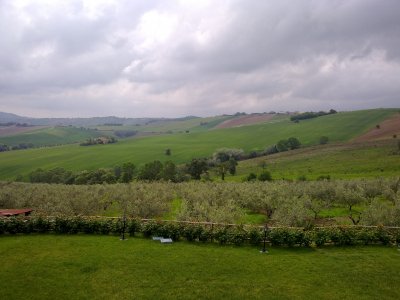 Producer prices in Spain have increased slightly over the last weeks, coming in at 3.63€/kg at the end of January 2018, which is a 0.3% decrease compared to the previous year (Graph 1). 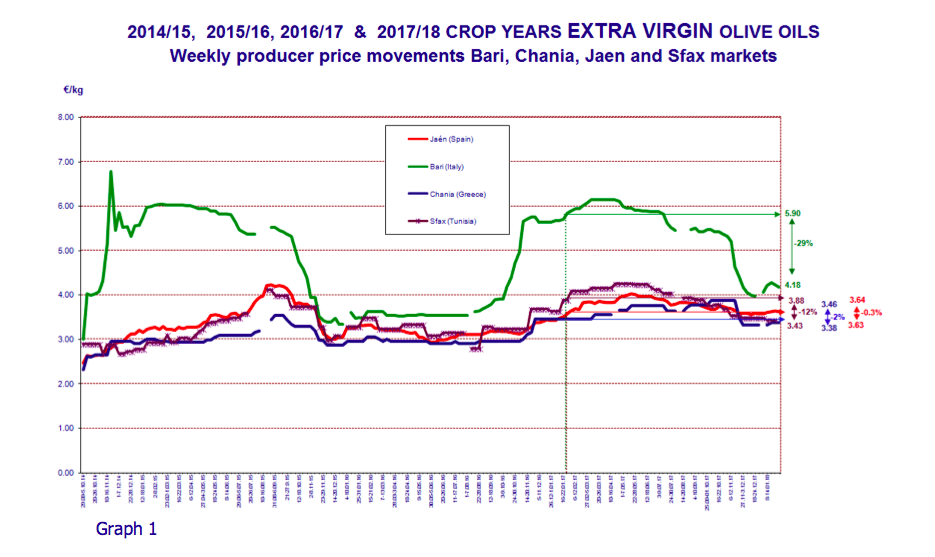 Italy – Prices in Italy fell sharply to less than 4€ in mid-December, but started to rise again reaching €4.18/kg at the end of January 2018, for a 29% year-on-year decrease. Graph 2 shows the monthly price movements of the extra virgin olive oil category in recent crop years. 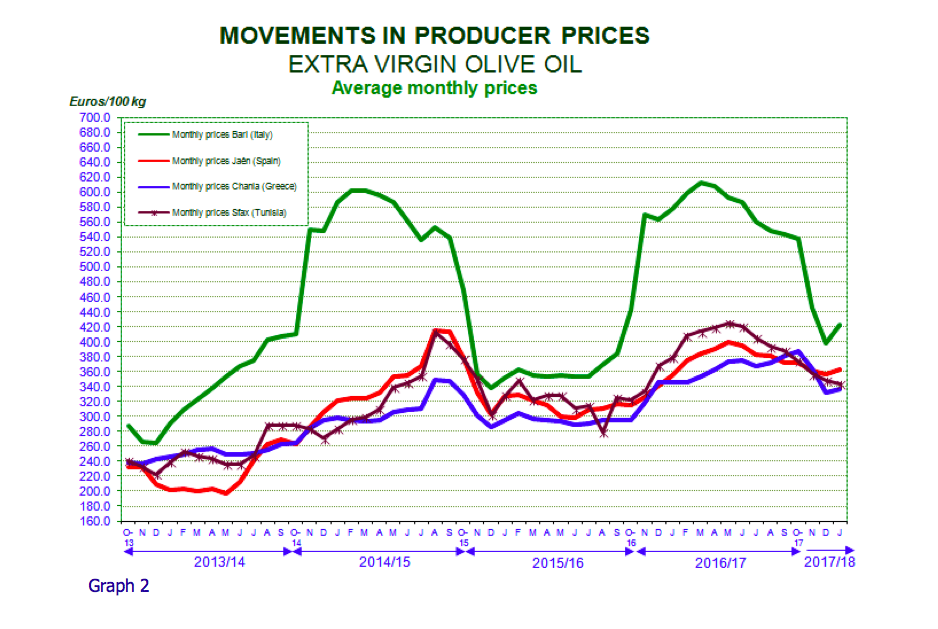 Greece– Prices in Greece have risen slightly over the last few weeks, coming in at €3.38/kg at the end of January 2018, down by 2 % compared to the previous year.

Producer prices for refined olive oil in Spain and Italy generally follow the same trend as the prices for extra virgin olive oil. The price in Spain at the end of January 2018 stood at €3.47/kg, down by 2% , which was a 4% year-on-year increase. No price data are available for this product category in Greece. 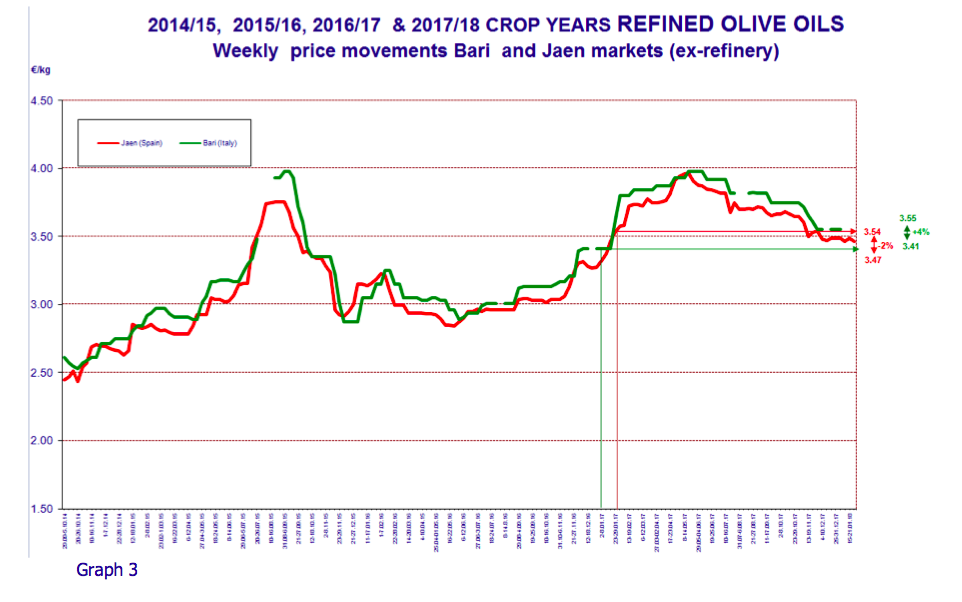 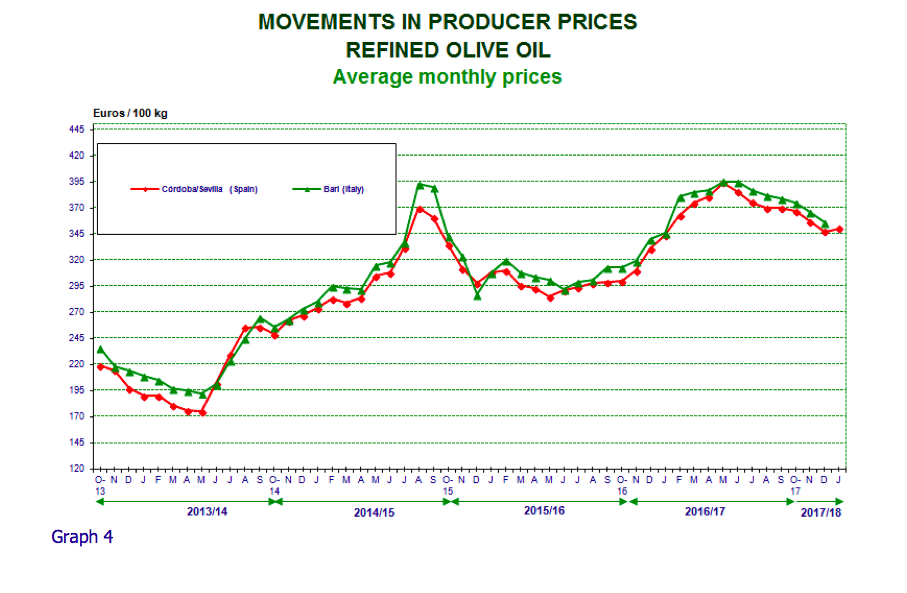