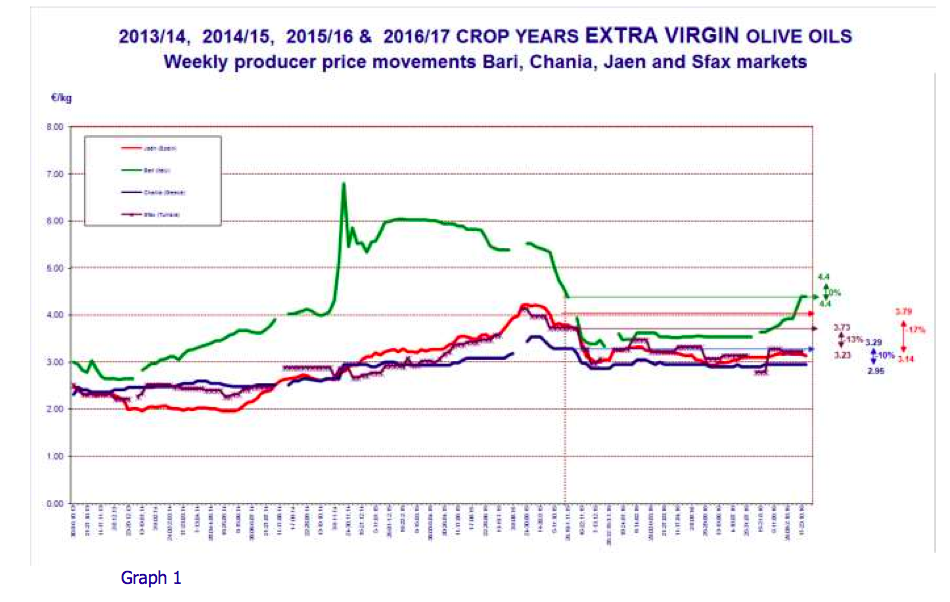 Graph 1 tracks the weekly movements in prices paid to producers for extra virgin olive oil in the top three European producing countries and Tunisia, while Graph 3 shows the weekly changes in producer prices for refined olive oil in the main three EU producers. The monthly price movements for these two grades of oil are tracked in Graphs 2 and 4.

Producer prices in Spain fell slightly in the last few weeks coming in at €3.14/kg in the third week of October, which is a 1% year-on-year decrease. If we compare this price with the maximum price of the third week in August 2015 (€4.23/kg) it presents a 26% decrease (Graph 1).

Italy – Producer prices in Italy started to climb in mid-August, which intensified at the beginning of October, breaking the €4 barrier to reach €4.40/kg in mid-October, at the same level year-on-year. Graph 2 shows how the monthly prices of extra virgin olive oil behaved in recent crop years.

Greece – Prices in Greece have remained stable since mid-August, standing at €2.95/kg in the third week of October 2016, which was a 10% year-on-year decrease.

Tunisia – The prices in Tunisia fell in August 2016 before rising in the first three weeks of September. They have remained stable over the last few weeks, standing at €3.23/kg in the third week of October 2016, which is a 13% decrease compared to the previous year. 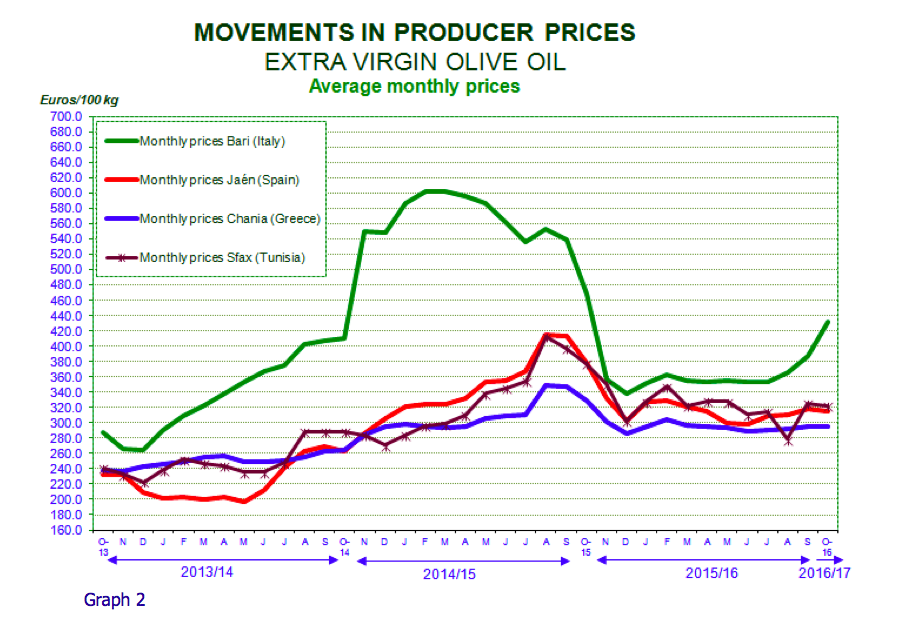 The prices of refined olive oil in Spain and Italy generally follow the same trend as the price of extra virgin olive oil. In Spain, they came in at roughly the same level as the previous month, at €3.04/kg, down by 10% compared to the previous year. However, while prices for virgin oils in Italy rose in recent weeks, refined olive oil remained stable, coming in at €3.13/kg in mid-October, which is a 7% fall on the same period the previous year. No price data are available for this product category in Greece. 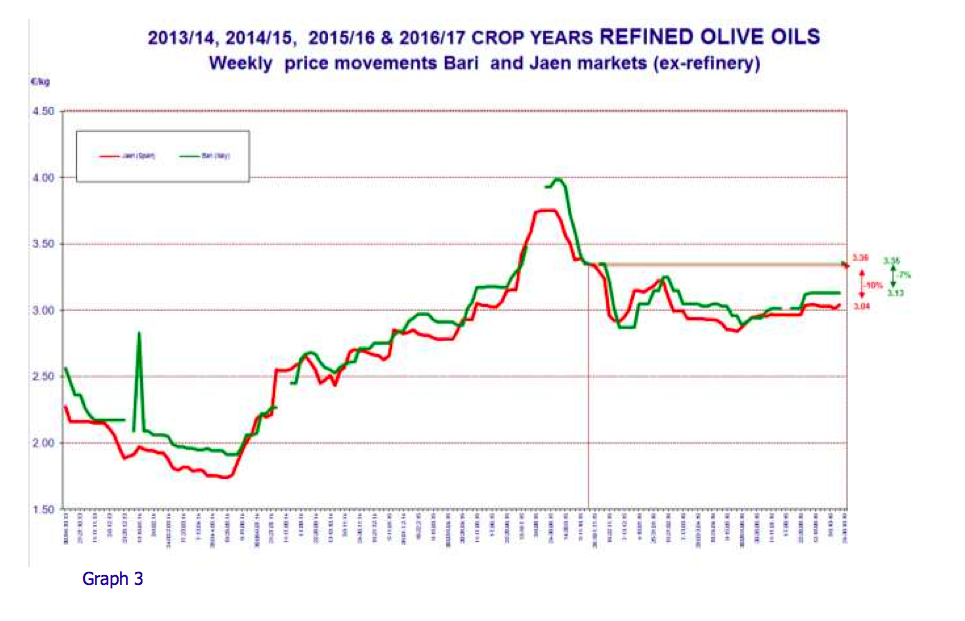 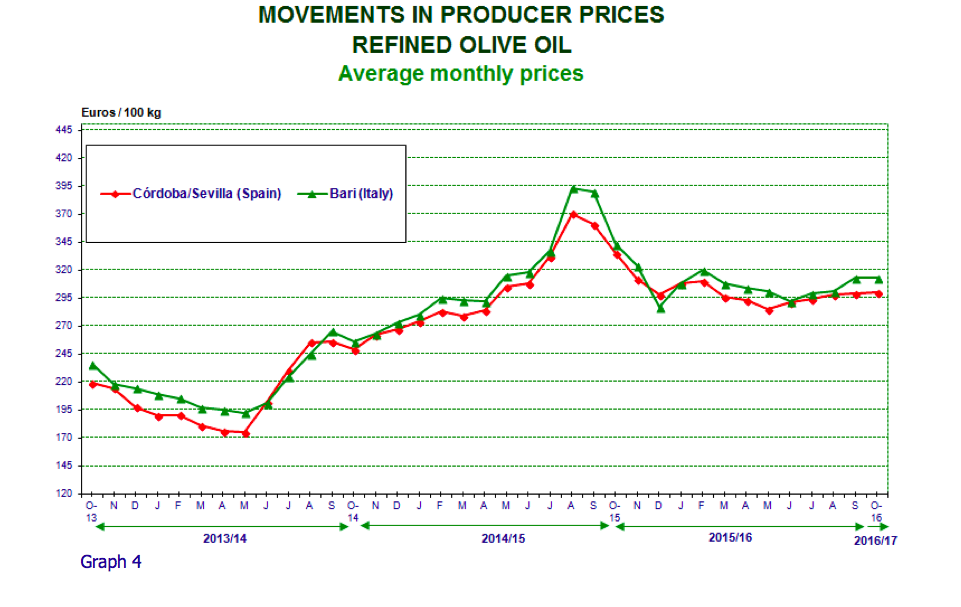