The 'World Congress on Oils and Fats 2020' was held in Australia from 9 to 12 February 2020. The International Olive Council was represented by Jaime Lillo López, the Deputy Executive Director, and Mercedes Fernández Albaladejo, the Head of the Standardisation and Research Unit 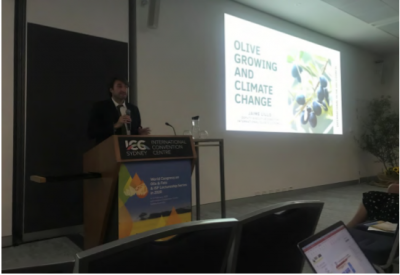 About 1500 attended the event. Among them were some of the most outstanding personalities in the field of olive oil chemistry and from academic, scientific and institutional communities from around the world. They came together to discuss topics ranging from quality and analytical chemistry, to biotechnology, health and nutrition, among others.

It should be noted that Deputy Executive Director Jaime Lillo gave a presentation on olive oil and the environment at a specialised session on olive oil that brought together many participants. Representatives from international institutions and companies, mainly from the Southern Hemisphere, contributed to the discussions and presented data on production and conditions in their country. In addition, an interesting debate took place on an organoleptic assessment method for refined and compound olive oils that was developed by the US Pharmacopeae. 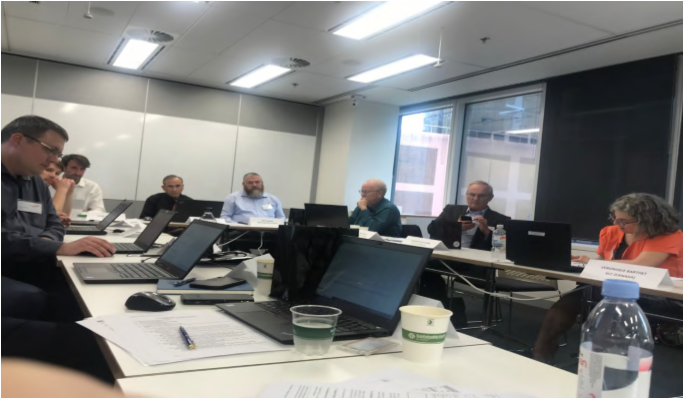 The 28th meeting of ISO TC34 SC 11 was held on 12 and 13 February. The IOC and the ISO have strengthened their collaboration since 2007 and each have observer status in the other’s organisation. The IOC, as a reference body for the standardisation of olive oils, proposes methods once they are adopted or revised for adoption by the ISO through the fast-track procedure. Several methods applicable to olive oils were studied at the event, including sterols, phenols, etc. The IOC gave its views on each of the items on the meeting agenda. A report of IOC activities related to standardisation and research was also distributed with the meeting documents and presented under item 12.

During the meeting, the second meeting of eWG 5 on sensory analysis was held. The study of reference material was proposed in principle for virgin olive oils (work being carried out by the IOC in its expert group). It was decided to extend the scope to other oils including refined and compound olive oils. In addition to the IOC Method of Organoleptic Assessment, a DGF method and an AOCS method were presented. The IOC method classifies virgin olive oils so if it is extended, previous studies should be carried out to ensure its reliability and adequate training should be provided for panels.