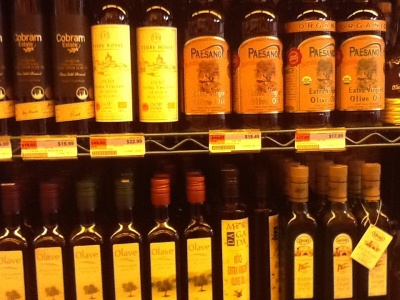 Imports of olive oil and olive pomace oil in the eight markets that appear in the table below began the first three months of the 2017/18 crop year (October – December 2017), with increases in the United States, up by 2%, and in Brazil and Japan, both up by 1%.

Imports however decreased in China by 19%, in Australia by 17%, and in Canada by 8%. Data for Russia was not available at the time of reporting, but during the first two months of the crop year imports decreased by 3%.

In the EU [EU data for the month of December were not available when this Newsletter was sent for publication] over the first two months of the crop year, extra-EU imports increased by 40%, the main countries of origin being Tunisia, Argentina and Morocco. Intra-EU acquisitions fell by 4% compared to the same period last year.

Imports of table olives in the first four months of the 2017/18 crop year (September – December 2017) [According to the new provisions of the International Agreement on Olive Oil and Table Olives, 2015, which came into force on 1 January 2017, “table olive crop year” means the period of twelve months from 1 September of one year to 31 August of the next. Under the 2005 Agreement, the crop year for table olives was the same as that for olive oil (October to September).], year-on-year, report a 13% fall in Australia, a 5% fall in the United States, and a 2% fall in Brazil and Canada.

EU data [EU data for the month of December were not available when this Newsletter was sent for publication.] for the first three months of the 2017/18 crop year indicates a 3% increase in Intra-EU acquisitions and a 5% increase in extra-EU imports.

Extra virgin olive oil – Producer prices in Spain decreased slightly over the last weeks, settling at €3.51/kg which is a 9% decrease compared to the previous year (Graph 1).

Italy – Prices in Italy fell sharply to less than €4 in mid-December 2017, then started to climb again, but dipped to €4.10/kg at the end of February 2018, which is a year-on-year decrease of 32%. Graph 2 shows the monthly price movements of the extra virgin olive oil category in recent crop years.

Greece – Prices in Greece, as in the other markets, have decreased slightly over the last few weeks, coming in at 3.28€/kg at the end of February, for a 5% decrease compared to the last crop year.

Tunisia – Prices in Tunisia for the month of February were not available at the time of writing. Prices decreased slightly in the last few weeks of January, falling to €3.43/kg, for 12 % year-on-year decrease. 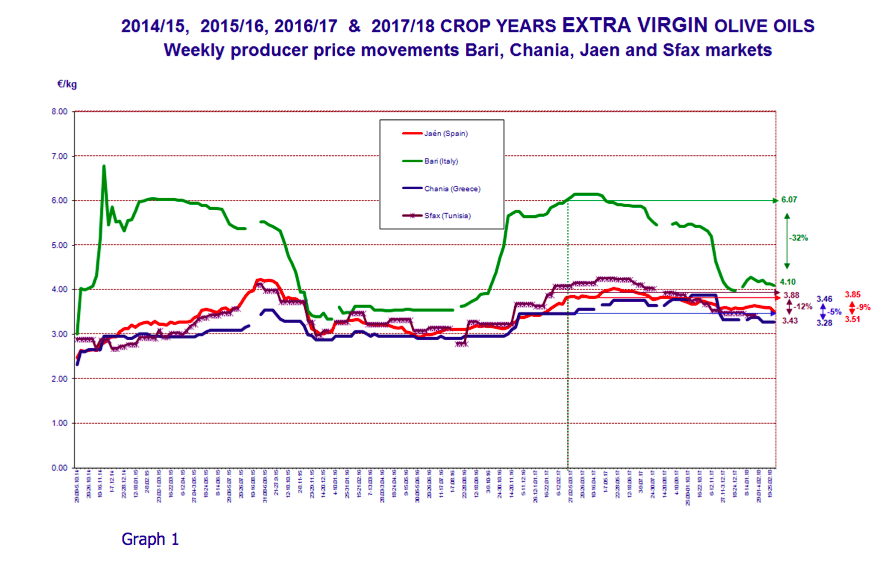 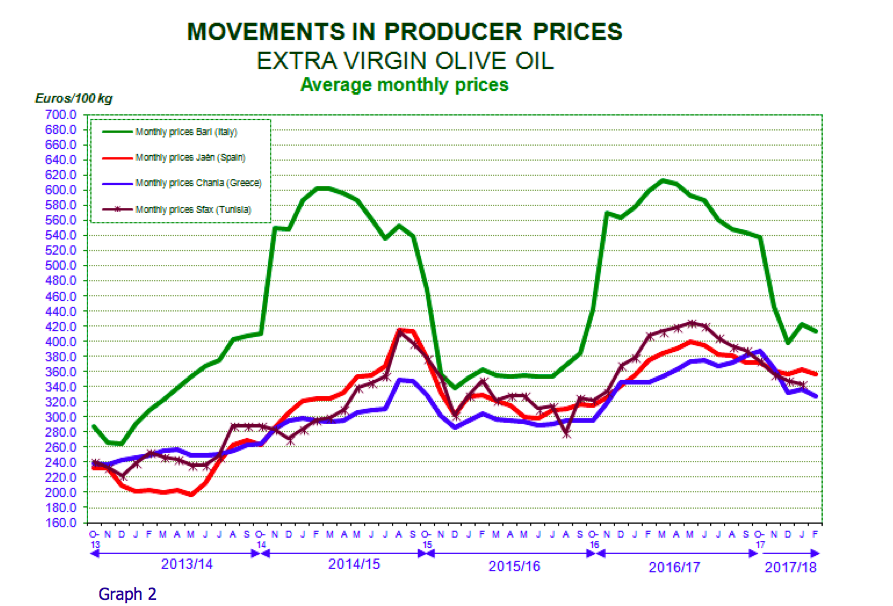 Refined oilve oil – Producer prices for refined olive oil in Spain and Italy generally follow the same trend as the prices for extra virgin olive oil. The price in Spain at the end of February 2018 fell to €3.33/kg, down by 11% compared to the same period the previous year. In Italy, data for February for this category of oil were not available. At the beginning of January, prices reached €3.55/kg which was a 4% increase compared to the previous year. No price data are available for this product category in Greece. 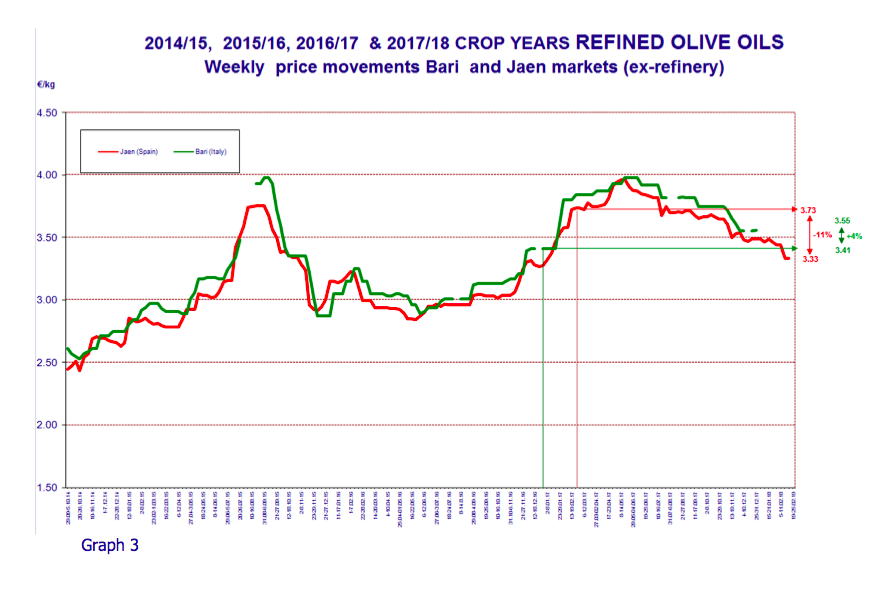 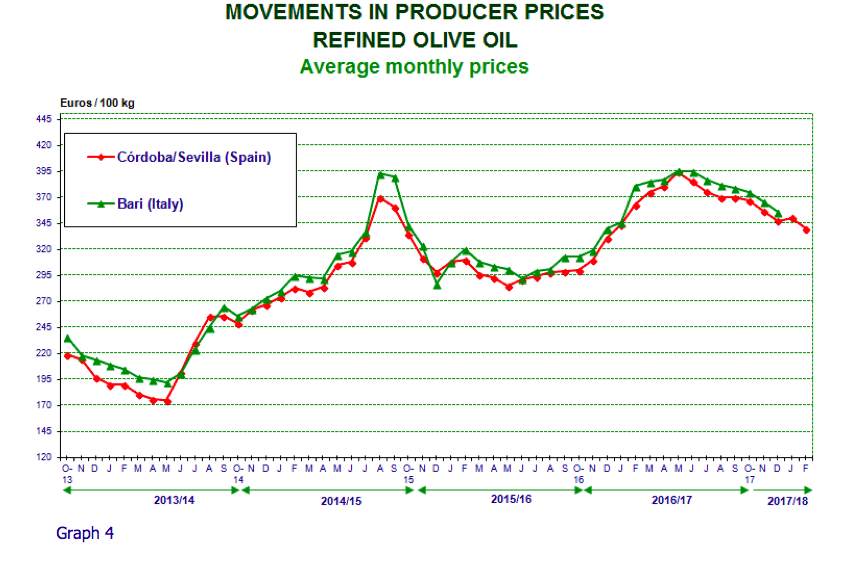