Madrid hosts the Evooleum Awards Ceremony to the Best EVOOs of the World. Mercacei Publishing Group delivered on January 21 a total of 36 Awards to the best producers in the world according to the EVOOLEUM Best of Class Awards, the International Awards for the Quality of Extra Virgin Olive Oil. In addition, chef María José San Román receive 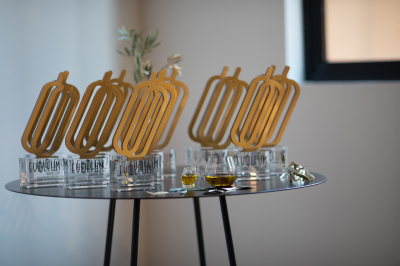 EVOOLEUM Awards – International Awards for the Quality of Extra Virgin Olive Oil- is a contest sponsored by two entities with long experience in the sector, Mercacei Publishing Group and the Spanish Association of Olive Municipalities, which in just three editions has been consolidated as the number 1 private competition in the olive sector. These awards, based on the evaluation of a jury made up of 23 of the best tasters in the world -through an exhaustive and rigorous tasting of the more than 700 samples from 17 countries that have been presented this year- celebrated their Award Ceremony Gala yesterday January 21 at one the Kitchen Club in Madrid, in a massive event hosted by the journalist Cristina Villanueva. Producers from around the world, gastronomic journalists, sommeliers and chefs were some of the attendees featured in this gala. 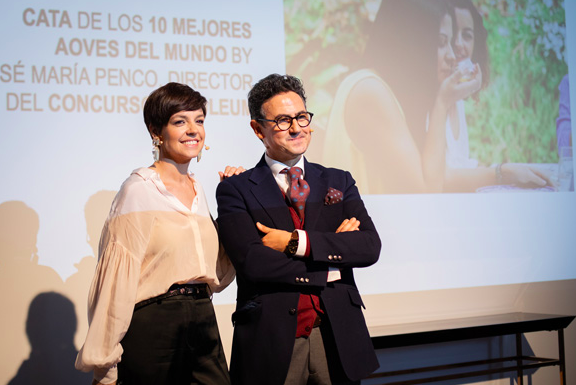 All the winners are reflected, punctuated and perfectly detailed with their tasting sheet in the EVOOLEUM 2019 Guide of the World’s TOP100 Extra Virgin Olive Oils in the World. Among the TOP10 are eight Spanish juices from Cordoba, Jaen and Granada, while the other two correspond to the Italian firm Monini, S.p.A., awarded 10 recognitions, including “Absolute Best EVOOLEUM 2018”.

This was the exclusive list of the Best of Class EVOOLEUM Awards:

Aceites Oro Bailén Galgón 99 (Spain): Oro Bailén Reserva Familiar Picual has risen with the third place in the EVOOLEUM TOP10 (2nd) and also with the recognition of the Best Picual.

Muela-Olives (Spain): With Venta del Barón,occupies the eighth position in the EVOOLEUM TOP10, while its Mueloliva Picudahas also achieved the title of Best Picuda.

Aziende Agricole Di Martino (Italy): Their Schinosajuice has been awarded the Best DOP in Italy.

Mas Montseny (Spain): Mas Montseny Premiumhas turned out to be the Best Arbequina and the Best Mature Fruity of the competition.

The icing on the cake was lead by Pandora Peñamil Peñafiel, director of the EVOOLEUM Guide, who delivered a very special statuette to María José San Román, chef of the Monastrell restaurant -with 1 Michelin star- and one of the great ladies of Spanish cuisine. This is the EVOOLEUM Prize for the Promotion and Dissemination of EVOO for promoting the virtues of the extra virgin and for always dedicating to this food a special role in her establishment.

Juan A. Peñamil, editor of the EVOOLEUM Guide, pointed out, after the pertinent acknowledgments, the very high level of the winning EVOOs, assuring that it is “a great success that makes us proud and deserves our applause and recognition”.

He also highlighted that “EVOO lives a time of splendor”, at the same time that he asked the media to participate in the disseminating and promoting of its exceptional properties. “EVOO is versatile, modern, tasty and, believe it or not, is not fattening: it has 9 kcal./gr. like any other fat and this, unlike the others, is the healthiest and the most gastronomic”, he concluded.

After the Awards Ceremony a tasting of the 10 best EVOOs in the world was carried out by José María Penco, the director of the EVOOLEUM contest; and later Manu Urbano fEVOOLEUM 2019 Guide, chef of La Malaje restaurant, offered a showcooking accompanied by a Mediterranean cocktail in which these same juices were the real protagonists.

The EVOOLEUM 2019 Guide is distributed to 2,000 restaurants with Michelin stars, all of which are part of “The World’s 50 Best Restaurants”, as well as to importers and distributors worldwide, resorts and specialized gourmet stores. This unique publication, aimed at both curious as well as professionals, foodies and gastronomy lovers who wish to immerse themselves in the exciting extra virgin culture, can be purchased at Amazon and through the website www.evooleum.com at the price of 19’50 €, and has its own app on iOS and Android.