Using innovation and technology to transform Tunisia’s olive oil industry was the focus of a high-level conference today in the country’s capital, Tunis. The event, organized by the European Bank for Reconstruction and Development (EBRD) and the Food and Agriculture Organization of the United Nations (FAO), drew around 80 industry players from Tunisia, Morocco and Europe to discuss the latest trends and advances in the field 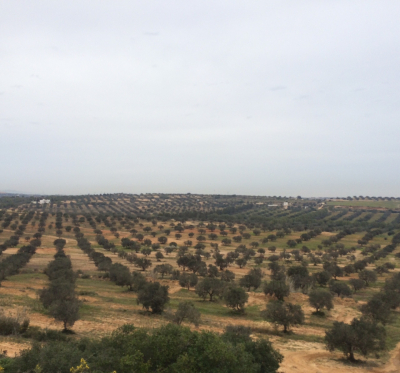 Tunisia is one of the world’s top olive oil producing countries, with average annual exports nearing USD 0.5 billion over a three-year period.

And although the country exports most of its olive oil in bulk, some of its bottled oils are earning international acclaim, winning top prizes in prestigious competitions.

By raising quality standards and developing high-value-added products, including more bottled and organic olive oils, Tunisia can enhance the competitiveness and recognition of its oils at home and abroad.

“We are delighted to see how public-private dialogue is leading towards consensus building among industry stakeholders and the development of a shared vision and roadmap. This helps stimulate investment to create a stronger, more competitive sector,” said Antoine Sallé de Chou, Head of the EBRD’s offices in Tunisia.

The EBRD and FAO, along with Tunisia’s Office National d’Huile, have been supporting this process for several years.

Taking it to the next level means improving quality, efficiency and competitiveness across the olive oil chain, from grove to table.

This includes better cultivation and harvesting techniques, the timely and efficient transportation of olives, well-organized mills and traceability and certification systems to satisfy the requirements of large retailers and high-end markets.

During the conference, guest speakers shared their knowledge on orchard management practices, intensive olive farming and improved irrigation techniques. The latter is vital for maximizing the use of scarce water resources as well as preserving olive quality.

A roundtable led by Tunisian and international olive oil producers deepened the conversation around the importance of quality in a commercial strategy.

Some leading producers of Tunisian organic olive oils have invested heavily in modernizing their operations, installing advanced irrigation systems aimed at higher stability and quality, and a two-phase extraction system.

For some this is a move that is paying off, and it has even led to awards in competitions such as BIOL, an international organic olive oil competition.

One producer in particular noted that their underground drip irrigation system was producing very good results, both in terms of yields and quality, while significantly reducing water use, and insisted “the sector can play an important role in promoting policies that give producers and processors, especially smaller ones, incentives to adopt greener, more efficient technologies.”

Developing the range and profile of products offered is also important for the future of Tunisia’s olive oil industry.

Given the growing demand for organic products – the US organic market was valued at 30 billion euro in 2015 – Tunisia could strengthen its market position by building on its reputation for organic farming.

Cooperation and communication are vital in any industry. FAO and the EBRD will continue to support a working group of Tunisian olive growers, olive oil processors, exporters, government officials and trade union representatives.

The working group has met seven times since 2015, sharing information, experiences and opinions and making concrete proposals for a stronger and more inclusive olive oil sector.

“In the last two years, we’ve seen a great deal of enthusiasm for the sector and an increasing openness to new ideas, such as the creation of a quality consortium and quality labels for Tunisian extra virgin olive oils,” said Lisa Paglietti, an FAO economist and team leader. “There’s a real willingness to change.”

“Moving forward, we need to keep this momentum and ensure that all industry stakeholders are invested in working together to achieve the twin objectives of competitiveness and recognition,” she added.