The QvExtra! International and CEQ Italia, Alliance Sets Out to Conquer USA and Japan 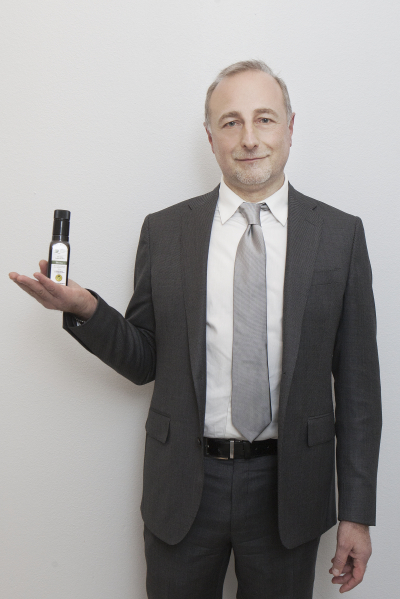 EXTRA HEALTHY LIVING is the three years campaign in the US led by the Italian Consorzio Extra vergine di qualità CEQ Italia and the Spanish partner QVEXTRA!, financed by the European Union to promote the health – giving features of European high quality EVOOS -Under Reg. 1144/2014.
Within the first mission of the campaign, training classes were held in Chicago on October 16th and 17th at Ivy TREE Studios, then in Massachusetts at The Cambridge School of Culinary Arts (18th and 19th October) and finally in Miami at The Chaplin Hospitality Mangement College, FIU on the 23rd and 24th.
A large number of participants were involved in the training activities: almost 90 students in total, 16 in Chicago, 26 in Cambridge and 46 in Miami. This result witnesses the growing interest of the American consumers for the healthy lifestyle and high quality food, especially from Europe.
Among the participants there were professionals of horeca sector and media (the Ivy Tree Studios Chicago), chefs and people from the food sector, food and cooking enthusiasts (the Cambridge School of Culinary Arts, Cambridge), and the new generation of future chefs (the Chaplin School of Hospitality & Tourism Management). 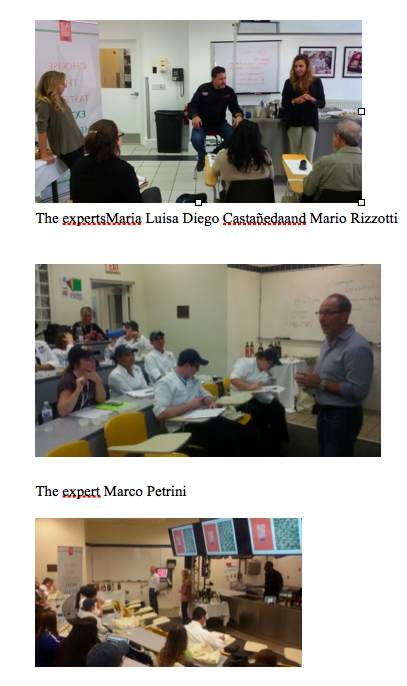 Two stakeholders’dinners were organized in Chicago at Ivy TREE Studios on October 16th and in Miami at Dolce at the Icon South Beach on October 20th, for a total number of 60 guests (30 in Chicago and 30 in Miami), among them journalists, bloggers, food sector operators and representatives from the institutions, to create a network of testimonial and ambassadors of European high quality Evoo. With the special contribution of Chef Mario Rizzotti, Chef Javier Moyano Lopez, and the Hosting Chef Max Guerri at Dolce at the Icon Soucth Beach.
Among the bloggers who attented at the events and posted about us: Chicagogrammers, Inspiringkitchen, the Balanced Babe, The Bohemian and the Chef, Yuppie Eating, Sebblog, Molly Matelsky, CluelessApp and others. 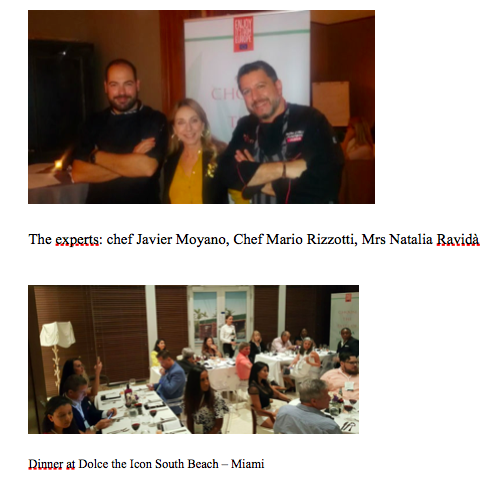 CEQ Italia is a non-profit organization which founded in 2001 to promote the culture of quality EVOO and provide correct information of EVOO to consumers as well as to protect and guarantee the quality of EVOO released on the market. There are currently 37 members though out Italy.

QvExtra!is a private non-profit organization which founded in early 2013 and aiming to promote EVOO on both a national and international level. It’s 44 member companies are all producers of EVOO.