I forget why I eat and I forget because I eat

Metabolic health also requires a good memory. A study coordinated by the Institute of biomolecular chemistry of the Cnr describes a functional alteration of the neuronal circuit that regulates episodic memory in a mouse model of obese subjects. This circuit links neurogenesis during obesity and can influence decision-making processes, including those related to food choices, from an early age. The study is published in Nature Communications 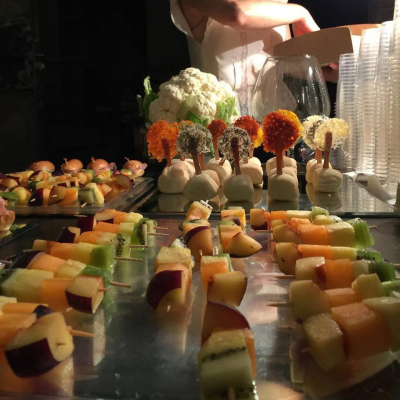 The mammalian brain continues to generate neurons throughout life, from neural stem cells, in two specific areas called neurogenic niches: the dentate gyrus of the hippocampus and the subventricular area.

A research team from the Institute of biomolecular chemistry of the National research council (Cnr-Icb), led by Luigia Cristino, as part of the activities of the Joint International Research Unit with the Université Laval (Quebec), directed by Vincenzo Di Marzo (Cnr-Icb), has demonstrated in a mouse model that obese young adults experience alterations in the structure and function of hippocampal circuits and the ability to perform certain cognitive tasks optimally.

The study, published in Nature Communications, shows that aberrant neurogenesis in the dentate gyrus is the cause of episodic memory dysfunction.

“Several factors are able to regulate neurogenesis in later life. Our study has identified in particular two molecules, the neuropeptide orexin and the endocannabinoid 2-arachidonoylglycerol, as responsible for altering neurogenesis and the normal functioning of the episodic memory circuit,” explains Luigia Cristino. “The study provides the anatomic-functional bases for the changes in hippocampal activities found by neuroimaging techniques in young adult subjects with high Bmi (Body Mass Index), who show reduced ability in the cognitive performances requiring a correct functioning of episodic memories. The effect adds to the growing evidence that cognitive disorders, which accompany obesity, may be present early in adult life”.

According to Who figures, 1.4 billion adults, 35% of the world’s population, are overweight, half a billion adults are obese, and childhood obesity is expected to increase by 60% over the next decade.

“This scenario looks disturbing in light of the fact that episodic memory, which is shown to be altered in the obese subjects in our animal model study, influences an individual’s decision-making processes, in the area of behaviour but also food choices,” Cristino continues. “The data from this research confirm that in the balance between hunger and satiety – to a certain extent governed by chemical signals such as hormones, endocannabinoids, neuropeptides, etc. – psychological factors also play a crucial role. Indeed, people tend to eat more in front of a Tv screen, when they are passively distracted and their episodic memory is less involved”.

In other words, it is possible that being overweight makes it more difficult to remember what and how much you have eaten, paradoxically increasing the likelihood of overeating.

“Understanding how we instinctively regulate our consumption and eating behaviour is becoming increasingly important, in order to develop anti-obesity therapeutic strategies aimed at regulating the molecules responsible for altering neurogenesis, in particular through the endocannabinoid system, which, in its extended conception, also involves another important player in the aetiology of obesity, the intestinal microbiota,” concludes Vincenzo Di Marzo, co-author of the study.