Everybody keeps saying “it’s excellent, excellent”. Isn’t it so? We must trust their word. A select extra virgin olive oil can stir powerful emotions in us, and we must urge the consumers to perceive this unique, outstanding, quality. Are we sure that everybody gets it? Are we capable of communicating it properly? 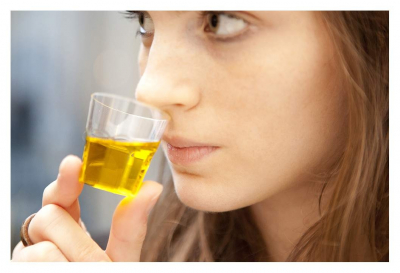 The tasting of an extra virgin olive oil is the key to its quality, the most important and determining, immediate and doubtlessly convincing tool we possess, as compared to even an in-depth analysis performed in a laboratory to assess its physico-chemical profile and therefore verify if it meets the parameters laid down by law.

It is not an exaggeration to highlight the importance of sensory analyses, because a direct approach to oil is the only concrete possibility a consumer has, or for that matter, anyone who wants to assess the product for what it is, and communicates to our senses. As regards all other parameters, we can just trust the label, that reassuring caption stating “extra virgin olive oil”, but obviously this is not enough, and we all know that.

The jargon. The language of oil is an important factor in marketing strategies, but we should pay great attention to how certain terms are abused in order to emphasize qualities and features that are actually non-existent. Correct, univocal terms should be used for an objective and understandable assessment of an oil. A universal lexicon is therefore essential.

In Roman times, there was the so-called pregustator, a precursor of present-day tasters. It was his task to taste food and drinks before they were served to the diners, but more than anything else, to make sure that they were not poisoned.

In those days, there was also the moderator, a sort of ancient sommelier, who was in charge of choosing the wines and making sure that the waiters served the right beverage.

It was only in the 20th century that tasting started, the way we understand it today. The first scientific papers and texts on this topic were only published in the Fifties. The field was irksome, given the subjective nature of sensations and the problems in establishing a universal language that could be shared and understood by all.
Another important, decisive goal was achieved in 1991, when the EEC Commission established that organoleptic analyses should be included among the official methods to determine the quality of olive oil.

We must however keep up our guard: unscrupulous producers or distributors may claim that their oil possesses non-existing sensory qualities, hence the need for legislation on this issue.
By identifying and highlighting the sensory profile of an olive oil means giving it an extra value: it is indeed an opportunity and a competitive margin that can be exploited on the market. A sensory quality, especially when it is perceived as such, is strategic for the success of any promotional campaign.

The risk, in certain cases, is that everybody thinks that they are experts, and like for soccer, always have the right answer. It is therefore essential to pay great attention and always be on the lookout.

We should also remember that consumers consider quality as the satisfaction of their expectations.

When an extra virgin olive oil is launched on the market, it must therefore satisfy the consumers and their taste, which guides them during their purchase.

A risk that should never be underestimated is the influence of trends and fads. In the wine sector, for instance, a small number of grape varieties are now present over the entire national territory, to the detriment of biodiversity. However, even relying on the opinion of a few famous oenologists has its drawbacks: not wishing to expand one’s horizons, the consumer encourages the homogenization of the market.

Another risk is using sensory analysis to justify biased assessments. This is the case of guides, mostly quoting monocratic opinions, or judgements of a limited number of experts, or presumed so.
Finally, there is also the risk of a shocker approach: olive oils tasted by a panel of judges, sometimes novices but already know-alls, who express extreme or hasty opinions.

It is necessary instead to promote a correct concept of sensory analysis. Tasters should be trained or better still, educated, otherwise one does not have an (impartial?) panel test, but a generic trial performed by a group of consumers. We should never give in to empirical methods, devoid of all scientific elements.
Tasters should only express their views publicly and write about oil if they are fully qualified. Nobody has the right to pass judgements on the work of other professionals, just because he or she has attended a course on olive oil. Caution is the keyword: it is necessary to pay the greatest attention, and even amateur tasters should be careful when expressing an opinion.

Tasters are, in a certain sense, artists capable of sketching an organoleptic picture of the product they have sampled. They could even be considered sentinels standing guard and monitoring the quality of an oil throughout time.

This calls for solid professional ethics. Ideally, there should be an institution assessing the professional qualification of tasters, so as to verify that they are qualified for this task and ready to do so.
Everybody can taste, because everybody possesses taste organs, but not everybody has the right frame of mind, nose and taste buds needed to be a professional taster. It is misleading to say that you only need to attend a course to become an expert in this field.

The professionalism of a taster does not only consist in his or her ability to describe the sensory properties of an oil: they must also be able to give substance to their judgement, making it of practical use.

A sensory assessment expresses for many aspects the constant tension between the emotional and the rational perceived when tasting, and ideally, neither element should prevail. Too much rationality may make the appraisal too technical, and therefore penalize the product. An excess of emotionality on the other hand may compromise the accuracy of the judgement.

Sensory analysis is a field in constant evolution, and many aspects are still unexplored. A select extra virgin olive oil can stir powerful emotions in us, and we must urge the consumers to perceive this unique, outstanding, quality. Are we sure that everybody gets it? Are we capable of communicating it properly?
As well as a professional approach, strongly bound to tasting, we should also adopt an equally professional approach towards what we perceive when tasting an oil. It is not as simple as it seems. Communicating is a difficult task, and communicating clearly and correctly is even harder.