Panellists aren’t machines and are therefore prone to bias, but despite this, sensory evaluation is a cornerstone of oil assessment. Giuseppe Di Lecce, one of the most respected specialists in this field, describes the most common psychological and physiological factors influencing sensory verdicts 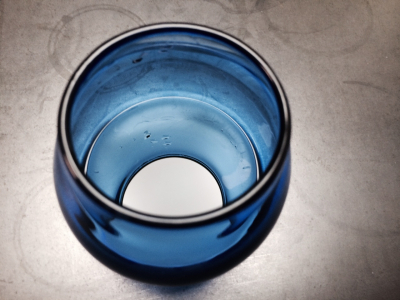 Mistakes are inevitable, and we all make them. Even the most experienced judge is prone to errors, caused by either psychological or physiological factors. Giuseppe Di Lecce, a sensory analyst who was our guest lastNovember at the SIMEI workshop on this issue, described what happens during a panel test and what mistakes can occur.

Obviously – as Mr. Di Lecce rightly points out – randomization and calibration techniques must always be employed to control and minimize bias and variability.

As regards randomization, according to Giuseppe Di Lecce “the order in which the samples are presented to the judges must be such as to guarantee that in every session, each sample is analysed the same number of times for each position within the given series”.

As regards calibration, Mr. Di Lecce adds that “the panel members too must be “calibrated” so as to ensure that they understand exactly what attributes to appraise and that they are capable of using the evaluation scale in the most homogeneous manner possible.”

Error of central tendency, when the panellist tends to score the samples using the central part of the scale (flattening the score) for fear of making mistakes.

Expectation error (“false expectations”): information given together with the sample triggers preconceived ideas, because one usually finds what one expects to find, in terms of features and attributes. Theoretically speaking, blind tests would be the ideal solution, but in practice, a compromise is needed between information supplied to the panellists and their motivation, i.e. their degree of interest in the evaluation.

Contrast effect, presentation of a low quality product just before one of a higher quality may cause the second sample to receive a higher rating than if it had been rated alone or after a sample of similar quality.

Suggestion error, when the ratings of a judge are influenced by the response of the panellists who have already scored the sample, or by a word too many pronounced by the panel leader.

Stimulus error, when an attribute detected in the sample stimulates the panellist in such a way as to yield non-existing sensations or memories that in turn give rise to expectations.

Logical error, when attributes that in the mind of the panellist may be related to other ones (e.g. “tender” and “juicy”) are rated in a similar manner.

Capriciousness, when the panellist tends to use the extremes of the sensory evaluation scale.

Adaptation: a change or decrease in the sensitivity of a receptor to a given stimulus as a result of continued exposure to that stimulus or a similar one. This type of error can be caused by fatigue, dulling of the senses or habit.

Enhancement or suppression involves the interaction of stimuli simultaneously present in a product: in the former case, the presence of one substance increases the perceived intensity of a second substance, whereas in the latter case, it decreases it. When the effect is an increase in the perceived combined intensity of both compounds, we speak of synergy.