Working in the oil sector

Two roles are usually acknowledged, namely those played by the farmer and the miller. These are indeed two key professions in the field of oil, but they are not the only ones. Of equal importance are the agronomist, the agriculturalist and the agro-technician. And what about the food technologist? Finally there is the oil specialist, who may encompass all these professions or be specialized in only one of them. 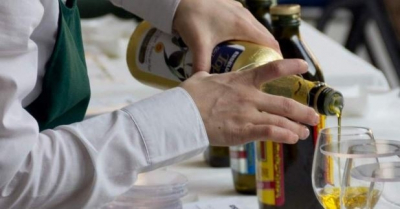 There are many important figures working in the olive oil sector, and each contributes to the quality of the end product.

First of all, there is the farmer, namely the person who grows the olive trees, bears all the risks linked not only to the weather but also to pests and pathogens, and the olive fruit fly in particular. A lot of hard work goes into olive cultivation, and in many cases it does not receive its due. The low prices on display in the aisles of the supermarket bear witness of this unfair situation.

There aren’t however only professional olive cultivators. There is also a multitude of amateurs who outnumber them, people who don’t earn their living from this activity but only cultivate olive trees as a hobby. Another key figure is that of the miller, whose task is to extract the oil from the olive drupes by mechanical means alone.

In the over five thousand oil mills spread all over Italy (but the number is decreasing, due to a barbaric bureaucracy and other elements of dissuasion), most sources claim that roughly 500,000 tons of oil are produced; the truth however is different and the amount made is much, much lower, but it is always very useful to declare more.

Together with these two figures are those of the technicians, namely the agronomist, the agriculturalist and the agro-technician. These people are in charge of assisting and coordinating the farmers, helping them plant and look after the olive trees in the most appropriate manner.

There is then the oil specialist or oleologist, who supervises and coordinates the various processing stages, from production to bottling. That of the oleologist, a term coined by Luigi Caricato, is a role both old and new, and may encompass other professions too. That of the food technician, for instance, but also the professional taster, the product selector or the oil blender.

In brief, this ancient product can grant many new roles in its production chain. There is who, for instance, can act as a broker between producers and packaging companies on one side and the purchasers on the other, be they professionals operating in the catering industry or simple consumers.