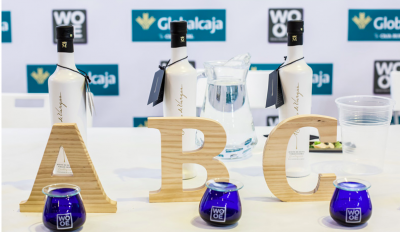 After two historical years of imports where China purchased 46.000 tonnes during the 2011/2012 season, purchases dropped up to 35,000 tonnes for the biennium 2013/2015. The 2015/2016 period was a recovery period with an increase of 12% and purchases of more than 40,000 tonnes, while during the first seven months of the 2016/2017 season, the increase amounted to around 17%, which is a historic record of purchasers from overseas, according to figures from the International Olive Council (IOC).

With the latest available data from the 2015/2016 period, Spain took up 80% of the sales with more than 32,100 tonnes, followed by Italy with 13% with a little more than 4,000 tonnes; Greece with 2%, around 800 tonnes and with a little more than 2.000 tonnes; and 5% shared between Australia, Tunisia, Morocco and Turkey, in that order. 77% of the sales correspond to extra virgin olive oil and virgin olive oil, followed by olive pomace oil by 14%, while the remaining 9% corresponds to refined olive oil.

In general, the Chinese climate is not Mediterranean; winters are often cold and dry and summers are rainy, therefore most part of their lands are not particularly suitable for the olive groves’ cultivation.

However, some of their highest surfaces such as Sichuan have mild temperatures during winter and more hours of sunshine, so cultivation of certain varieties such as Arbequina, Arbosana or Koreneiki, of international acceptance, are suitable for these areas. Harvests take place in September, two months in advance compared to the average of the northern hemisphere, which gives a certain competitive edge.

Already in the Mao Zedong era, China encouraged the olive tree as a social cultivation, thanks to the exchange of experiences with other communist regime such as the Albania of Enver Hoxha’s time. Currently, there are nearly 70,000 hectares of olive trees and a production in the last season of 5,000 tonnes, similar to that of France or Cyprus that, according to projections, will exceed 6,000 tonnes during the following season.

With a very large attendance of international operators during the last fair, the WOOE provides a unique occasion for producers and olive oil professionals. Within a single space and during just two days, this trade fair provides an opportunity to open up new markets and complete some of the most important transactions of the year for numerous oil mills, cooperatives and companies of the sector.

Perceived as a fundamental pillar of the sector, the WOOE will once again become the main forum for debate and analysis for the sector, with a vast program of conferences, tasting sessions and masterclasses that are even better than the previous ones.

Approximately 200 olive oil companies reunited during the last WOOE with the industry’s purchasers, distributors and businessmen of more than 30 different nationalities (among them: Dubai, Japan, China, United Kingdom, Italy or USA). These figures are expected to exceed during the following World Olive Oil Exhibition, the sole monographic olive oil meeting which exists at the moment.